El Calafate: How to get there

If you leave Esquel along National Route 40 to the south, you have 180 km. of paved road up to Gobernador Costa, and from there until you take provincial route 20 you will pass by New Lubecka, La Laurita and Los Tamariscos, and immediately after this town you must turn right and take provincial route 22 to Río Mayo, distant 238 km. from Gobernador Costa, without any intermediate place to get supplies, for what it is important to take certain precautions.
There you will take National Route 40 and drive 123 km. on this pebble road to Perito Moreno.
Once in Perito Moreno, you can go on outings or continue to Los Antiguos, distant 62 km. and then continue along National Route 40 for 133 km. to Bajo Caracoles.
The sector ahead is desolated, and there are no services or villages, except for some touristic estancias.
Your references will be: Río Olnie, Las Horquetas, Tamel Aike, La Angostura, Lago Cardiel and Tres Lagos. They are 320 km from Bajo Caracoles minus 165 km from Tres Lagos to Calafate , along National Route 40.

El Calafate has now an International Airport, situated only 18 km. from this city. It has a surface of 14.700 km2 and a 2.500 meters long by 45 meters wide landing strip . The planes that operate here are Boeing 727 and 737, and similar aircrafts for domestic flights.

Distances from El Calafate to:

Paso Cancha Carrera
This pass is only due in summer from December to March, and permits the access from El Calafate after 286 km. along National Route 40. After Customs, you arrive at the area of Cerro Castillo, and if you turn to the south, you get to Puerto Natales in Chile.

At 1287 meters above sea level, this pass is only accessible on foot or on horseback during the summer.. 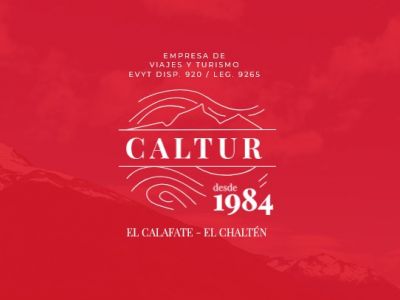 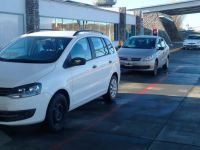