We toured around the Laguna Blanca National Park, which protects a very singular ecosystem in Patagonia dwelled by numerous species of water birds.

We toured around the Laguna Blanca National Park, which protects a very singular ecosystem in Patagonia dwelled by numerous species of water birds.

The Laguna Blanca National Park lies only 32 kilometers to the West of the City of Zapala. This area located in Northern Patagonia features a special ecosystem: the high arid steppe. We approached this natural reserve to learn about its biological importance and tour around the trails that cross the volcanic scenery.
This park was created in 1940 and its 11,263 hectares contain one of the main water bodies in the Patagonian steppe, after which the park was named. The Blanca Lagoon is situated 1,270 meters above sea level, it has a 30-kilometer-long shore and a 1,700-hectare surface. Various water bird species nest in this place. Amongst the most standing species, the black-necked swans have earned the lagoon its inclusion in the list of significant wetlands created by the Ramsar Convention.

When Patagonia was a Beach on the Pacific

Millions of years ago, when the Andes Mountain Range had not emerged yet, the waters of the Pacific Ocean would cover Patagonia and reach the entire Province of Neuquén. This subtropical environment included marshlands, lakes and rainforests, until a mountain range which elevated the entire sea surface emerged and the volcanic eruptions razed the local wildlife. As Patagonia continued ascending and the wind performed its eroding task, vast and arid high plateaus, ravines and cliffs changed the scenery completely. 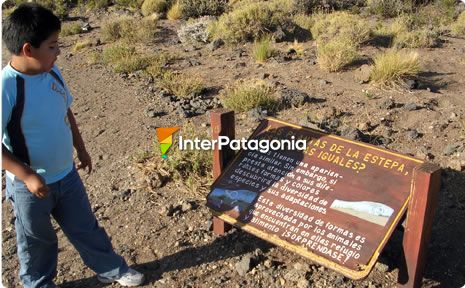 Nevertheless, like in other ecosystems, despite the harshness, several species find a way to develop. In addition to bushes such as redshank, shrubs, neneo, pepper tree and especially the coirón grasslands, attractive vegetation grows around water courses offering food and nest for countless birds.

At present, over 100 species visit these environments in the different seasons, which represent the main attraction of the park. The reserve is the habitat of certain kinds of ducks, coots, geese and flamingoes, amongst other birds. The black-necked swans also stand out and some time ago, so large was their population that the vision of their white feathers over the water inspired the name for the main lagoon. 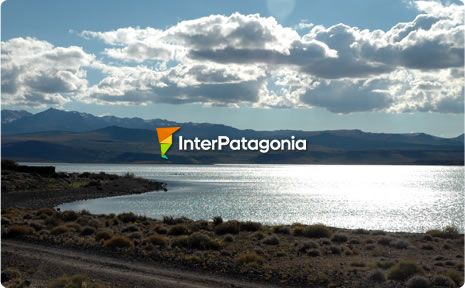 This protected area also has an endemic species: the Patagonian aquatic frog, though it is hard to spot as there are only a few specimens due to its predators, represented by trout and perch.

Predator birds such as the red-backed hawk and the peregrine falcon build their nests in the cliffs and the cornices give shelter to chinchillones or vizcachas de la sierra. Cougars, foxes, piches, choiques, wildcats and condors are also part of the Blanca Lagoon wildlife. 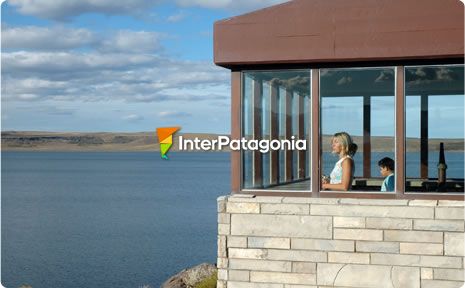 The park has a picnic and camping area to enjoy this natural area. The best time in the year to visit the reserve is from November thru March, when most birds may be watched.

Hotels and accommodations in Zapala