A tour around Colonia 25 de Mayo

Before or after driving the long and desolated Provincial Route 20 in La Pampa, known as the Conquest of the Desert, this small town is the ideal place to relax. 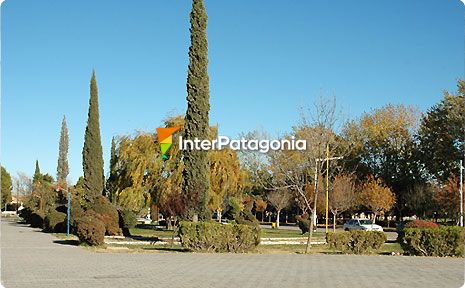 Before or after driving the long and desolated Provincial Route 20 in La Pampa, known as the Conquest of the Desert, this small town is the ideal place to relax. Here visitors can enjoy the National Alfalfa & Petroleum Festival held every December.

Located at the southwestern end of the Province of La Pampa, a few kilometers from the Colorado River that borders the Province of Río Negro, Colonia 25 de Mayo is a quiet town ideal for those who travel in or out of the Patagonia. It lies 411 kilometers away from Santa Rosa and 160 kilometers from Neuquén. It is the Administrative Headquarters of Puelén District and its population is not higher than seven thousand inhabitants. 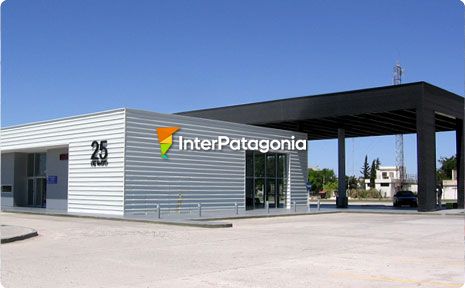 It is said that this town was settled by people of different origins at the turn of 19th century, who were engaged in shepherding activities and sowed alfalfa on all the corners of the river.

That is the reason why on every first weekend of December the National Festival of Alfalfa & Petroleum is held in Colonia 25 de Mayo, Province of La Pampa. This is one of the most important celebrations of the province, where visitors will enjoy remarkable music artists on stage.

This town is situated five kilometers from the place of its foundation, since the original town of 25 de Mayo was flooded by the breakage of the natural dam of Lake Carri Lafquen. 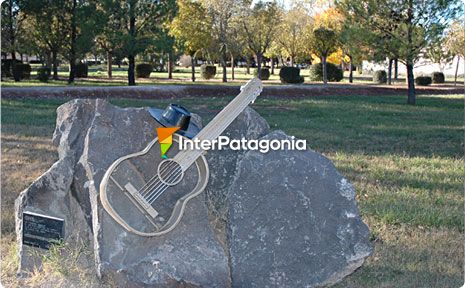 Following National Route 151, visitors can take Provincial Route 34, which starts at a roundabout, a few meters from the crossing of the Colorado River, the provincial border between La Pampa and Río Negro. As a reference, there is an YPF gas station owned by ACA (Automobile Club of Argentina), which provides lodging. Eight kilometers ahead, visitors can access Colonia 25 de Mayo.

As we arrived at the downtown, the first thing that left us speechless was the contrast between the landscape and the new bus terminal, since it seemed to have been taken off another city. With reason, it was constructed as a tribute to the 100th anniversary of the foundation of the city. This terminal, certainly the most modern in the country, has little to do with this landscape and the air that town breathes. 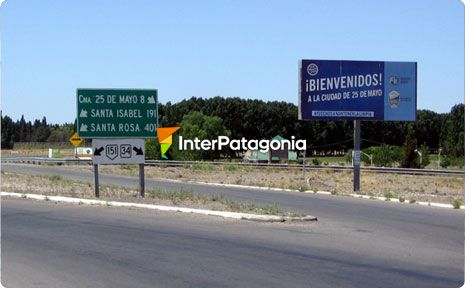 One of the main attractions is “Don José Cholino” Fossil and Mineral Museum within the Industrial Park, where visitors may learn more about the origin of a variety of minerals and fossils of great significance.

Among the minerals on exhibition, we can find the bentonite, extracted from mines in Colonia 25 de Mayo and exported as an ingredient for medicinal products and balanced food. This mineral is also used as a product to waterproof oil wells. Besides the bentonite, gypsum, gas and petroleum exploitation is also important for the economic life of this town. Admission is free. 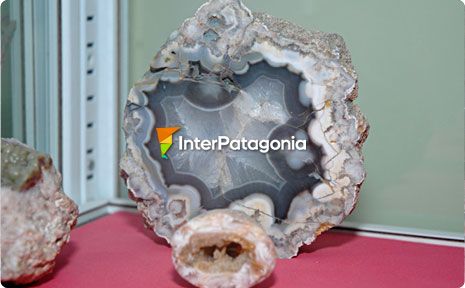 Punto Unido is not only the name of the sport club but also refers to the most valuable engineering work of this town. This is the dam which holds waters of the Colorado River and created this oasis amidst the desert. Punto Unido was of such importance that was included in the official coat of arms of the city as well as the irrigation ditches typical of 25 de Mayo, both symbols of the agricultural richness of the region. 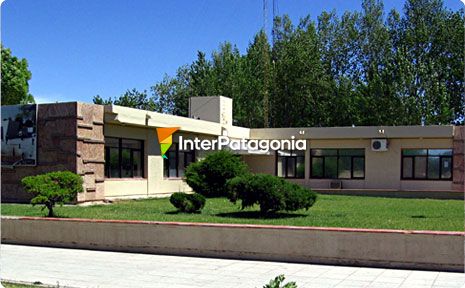