Those who love silence and feeling the wind upon their face as they ride a bicycle or a horse may go on an amazing tour according to how much experience and time they have to spare.

We were exploring this area for the first time. We only knew that it was considered almost untouched by man as far as tourism was concerned. We were much surprised to discover each nook of its wild nature and set our compass to lead us straight to that point.

The circuits main feature was the contrast between its thick forests and the snow-capped mountains, as well as the sequence of water bodies we could spot from several angles. The scarce population lives in complete harmony with the environment. All of us visitors should worry not to break that balance.

Our tour started at the center of the City of Coyhaique. We left town by car following Simpson Avenue towards the river bearing the same name. We crossed the suspension bridge and appreciated a sample of the strength of the wind on the rocks. Piedra del Indio (The Indians Stone) is a natural human-shaped granite formation.

At that point, we headed for the Teniente Vidal Aerodrome, and at the first fork, 12 kilometers away from Coyhaique, we turned left into the detour posted by a sign reading CEA. Four kilometers ahead, we were in the area called Six Ponds.

We could see all the majesty of Simpson Valley with very high snow-capped mountains even though the winter was long gone. The road featured soft slopes and hid six water bodies. We had reached our desired destination.

After a rest, we followed the same path: a narrow trail with lush vegetation to both sides. We enjoyed vast grasslands and animals grazing. Before we could notice, we slowed down and let our bodies receive everything nature had to offer.

Behind each bend in the road, we were amazed by a waterfall, a denizen cutting firewood and a cow feeding its calf. There were several venues producing handmade jam, honey and orchard products according to the season.

We took some of the many trails to go on a light hiking tour. We dared to climb up a hill that was not that high and zigzagged to its summit. Some tree branches scratched our skins but it was nothing of importance. The aim was fulfilled. Another trail led us to the beginning of a cascade and success crowned our attempt this time too.

The road continued up to La Paloma but we resolved to take a detour towards Lake Elizalde. Suddenly, it appeared before us and we thought it was huge, maybe in comparison with the ponds we had seen before.

We had heard that this is a paradise for anglers due to its size and the quality of its fishing. Famous for its trout, the lake offers the chance to go along its hillsides on mountain bike tours, on horseback or on foot.

Lying 33 kilometers away from Coyhaique, several motorboats were waiting at the pier, ready to set sail. We learned from their passengers that: The Elizalde is so generous that you always return home with some trout caught in its waters.

A river called Boca de León (Lions Mouth) ends at the area bearing the same name, giving shape to a vast beach with grassland areas and local trees. Several families were having a picnic there.

We were amazed at its crystal-clear waters and the reflection of the huge woodlands in them. We could just see a part of its 25 kilometers of length. The rest of the coastline of Lake Elizalde is abrupt, with cliffs, and only in certain sites there are terraces from where visitors may catch an ample view of its features.

We confirmed the possibility of renting some boats, bicycles and horses, both in the campsite and in the inn. It is also possible to hire a lake tour.

We returned following an alternative route. It was shorter but equally beautiful. There we came across a group of typical local constructions called El Blanco. From that point, it is easy to find paved Route 5 to go back to the City of Coyhaique.

Back on the pavement, we felt we had left behind many other roads and trails still unknown for us. Other interesting attractions escorted us on the way back to town. We had the illusion of returning to that area soon.
Read complete Outing... Mónica Pons / Eduardo Epifanio

Duration: All day in the summer. Bring supplies.

Recommendations: It is essential to have a good map of the area as some of the forks are not sign posted or signs are illegible.There are cabins, campsites and fishing association facilities.Visitors may rent boats, bicycles and horses at the campsite and the inn in the high season. 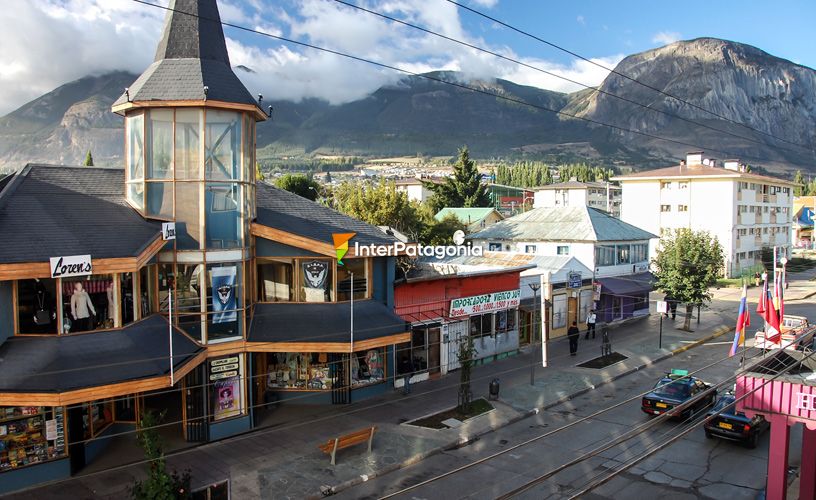 Step by Step around the City
Capital of the XI Region, Coyhaique is the epicenter of the Aysén, Simpson and Cisne River valleys and of the Lake General Carrera basin. Lets go around this city.