We sailed along the Cochrane River, bordering the Tamango National Reserve, a unique site that enables visitors to see the in their natural habitat. 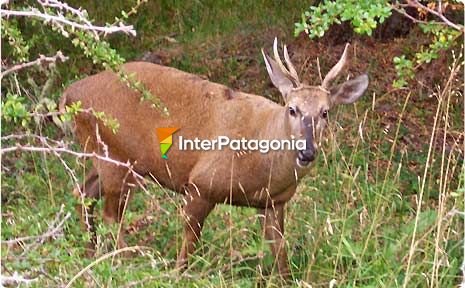 We sailed along the Cochrane River, bordering the Tamango National Reserve, a unique site that enables visitors to see the huemules in their natural habitat.

After touring around Cochrane, we crossed the urban shell and headed for the Tamango national reserve, one of the main attractions in the region. Populations of huemules in their natural habitat may be easily observed there.
We reached the entrance to the reserve, which is located on the northeast of Cochrane. This protected area was created in June 1st, 1967 an occupies a surface of 6,925 hectares. We approached the manager's office, located at the pier, in the southern part on the river bank. The forest ranger advised us to get to Tomasin's place in order to see the reserve and the lake. Those people would take us sailing to watch an area of the preserved natural environment from the shore.That is how we retraced our steps up to the entrance to Tamango and took the detour towards the Tomasin house. Elvis Ormeño, one of the kids in charge of the fishing excursions and the guided visits around the reserve, came out to welcome us. Immediately afterwards, he invited us to tour the Cochrane river and Lake Cochrane. We looked for warm clothes, we put on our life jackets and got ready to set out. On a small motorboat, we sailed up the river which, along with the lake bearing the same name, represents the natural southeastern border of the reserve and the access to the city for all the dwellers of the coastline area. 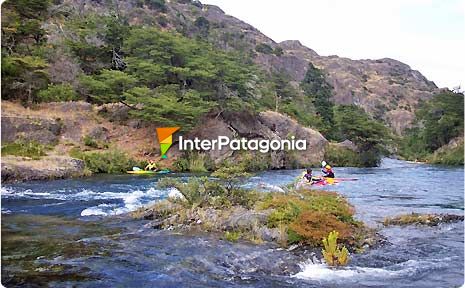 We moved ahead slowly, leaving behind the reserve post that we could now see from the water, as well as the leafy coihues that cover the coastline. We sailed for half an hour up to the outlet, where the river joins the lake. In that section, the waters adopt a blue transparency that highlights the green moss and the phosphorescent algae in the rocks. The scenery was worth of a picture for its fascinating beauty, which I could enjoy at first sight as the small rapids and the low depths made us move cautiously. When we eventually reached the entrance of Lake Cochrane, we could appreciate all its grandeur. It has a surface of 173.75km2 and spreads into Argentina, where it is called Lake Pueyrredón. This is one of the places specially chosen for fly-fishing and the Esmeralda Mountain Range can be appreciated from there. We stayed there for a while beholding the view and then turned around towards a small pier we had already passed by.

Once on solid ground, we walked along a trail up to a forest of lengas, coihues and shrubby ñires where there are some cabins and a camping area. I was expecting to see the huemules. 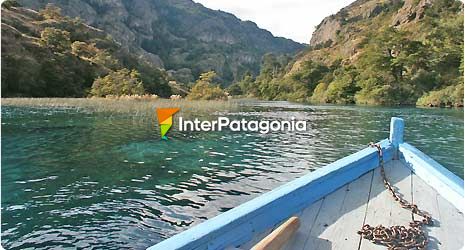 The Tamango reserve is one of the few protected areas where this species of endangered cervidae may be watched from a close distance.
The numerous population of huemules reaches the 50 young specimens, which spread across the area when they grow up. With their two horns, they barely reach 100cm of height and weigh about 70kg. Their fur is brown with golden or yellow shades and grey spots, according to season.
I learnt all this from the information material provided by the reserve and the expertise of our guide.
It was getting late and a cold wind began to blow to tell us it was time to go back. Before I said good bye to the reserve, I promised to return in the summer in order to spot more huemules. Even if I have to camp on this beautiful site.

Duration: 2 hours approximately, with a 20-minute hike across the reserve.

How to get here: travel 6km from Cochrane towards the northwest of the city, bordering the Cochrane River. The detour to access the boats is located to the right of the reserve entrance.

You had better visit this place in the summer and with enough time to tour the reserve. If you love fishing, you can also go on a fishing excursion.