That was the nickname given to Carmen Funes, one of the pioneers in this high plateau. The museum bearing her name today displays the main paleontological show in the region. 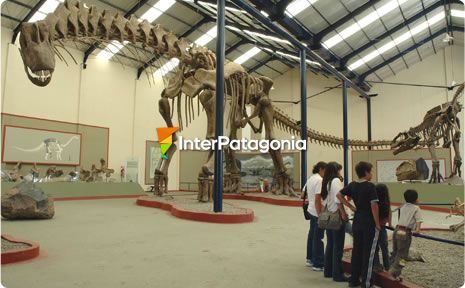 That was the nickname given to Carmen Funes, one of the pioneers in this high plateau. The museum bearing her name today displays the main paleontological show in the region.

It is a fact that the main richness of the Patagonian steppe is buried under its arid and desolate surface. And what has given prestige to this area, in addition to oil exploitation, has precisely been its paleontological heritage, which has surprised the scientific world with specimens never seen before.

The Carmen Funes Municipal Museum in Plaza Huincul is an institution working on the research and communication of important paleontological findings in the region. Founded in November 1984, the museum stands at the entrance of the city, on National Route 22.

Its collection, managed by a team of professionals, makes it possible to keep shows updated. Reconstructions, dioramas, videos and fossil remains turn the display into a dynamic and instructive tour for all visitors to the museum. 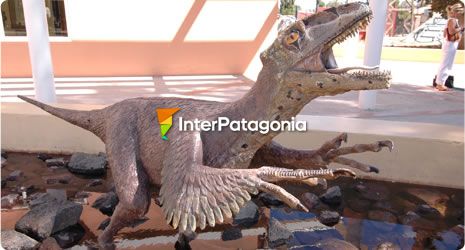 The Largest in the World

The paleontological importance of the Province of Neuquén is so well-known in the entire scientific world that it has come to be referred to as “the valley of dinosaurs”. Reasons are more than enough: by 1883, the first dinosaur known in South America was found in Plottier. Ever since, the campaigns carried out by national institutions in cooperation with other countries have managed to rescue a valuable series of continental vertebrates and the remains of sea invertebrates.

Undoubtedly, two of the most important representatives of these findings are the Argentinosaurus Huinculensis and the Giganotosaurus Carolinii, the largest dinosaurs discovered so far.
The Argentinosaurus was a giant herbivorous sauropod found in a site located 8 kilometers to the East of the City of Plaza Huincul. Various parts of its skeleton are displayed in the museum, such as 1.5-meter-high vertebras which have enabled scientists to estimate a build of 35 meters of length and 100 tons of weight. 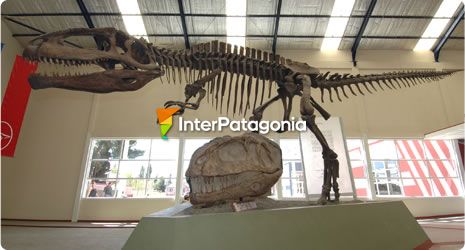 Likewise, the Carmen Funes displays other specimens found in the province, such as fossil plants, a replica of the Caypullisaurus Bonapartei, the most complete ichthyosaurus in South America, as well as copies and sketches of other paleontological species from Northern Patagonia.

Beyond this scientific heritage, the museum also presents an area devoted to local history, archeology and anthropology. 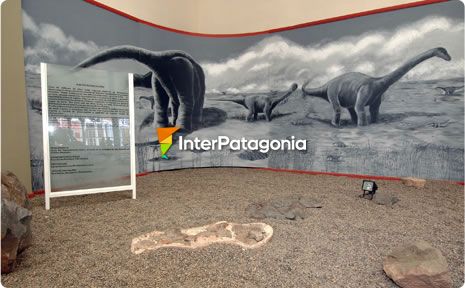 Timetables: From Mondays thru Fridays from 9am to 7:30pm; Saturdays, Sundays and holidays, from 9am to 9pm.

If you are interested in paleonthology, in addition to the Carmen Funes Museum and Villa El Chocón, you may visit paleontological sites such as Lago Barreales, where excavations are being carried out at present.