The greatest attraction of the Santa Cruz River is that it favors Luis Piedra Buena with a bountiful vegetation. We left the steppe behind and came to an oasis. 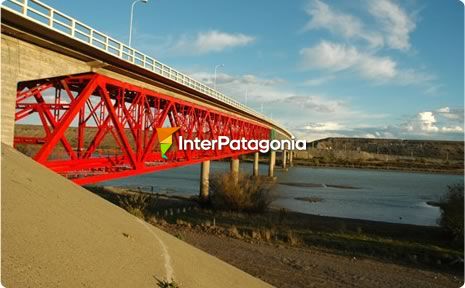 Its water course may be sailed along and it represents a picturesque scene to enjoy countless nautical sports that make up the city's activity schedule.

Comandante Luis Piedra Buena was raised right opposite the Santa Cruz River, which provides color and brightness to the life of its denizens and a constant change of hue, according to the time of the day.

While visiting this destination, we were invited to go on a tour on a motorboat and were able to see the main features and different width this river presents along its course. As we moved on, we came across several groups that were canoeing and sailing. We also learned that there is a special area where water ski is practiced.

Fishing may be one of the most appealing activities among visitors, who are not discouraged by the many kilometers that stand between the city and the shores where remarkable specimens of sea bass and silverside may be caught. No wonder Piedra Buena is the Argentinian Capital of Steelhead Trout. Between late March and early April, it is the seat of an international festival that is gaining more and more followers.

Steelhead trout is a freshwater species that develops in the sea. It swims upstream the ria to breed and then goes back to saltwater. It is during these journeys along the river that they are particularly preferred by angling enthusiasts because of their large size and the aggressiveness they show when they are caught. Fly-casting and spinning are the usual modalities. 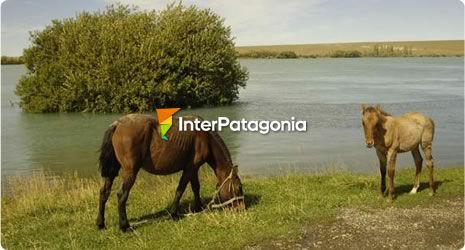 Flooding periods are related with rainfall and snowfall at the glaciers where the river source is located. The largest volume appears from November thru March and the smallest in September.

Bearing all these details in mind, we had a clear impression of the busy activity on the river. A curious fact is that its waters change color according to the wind, which sometimes blows from the mountain range and some other times from the sea area.