The city is embellished by amazing works by famed mural artists displayed in the open air. They tinge the metropolis with color: a tribute to popular art. 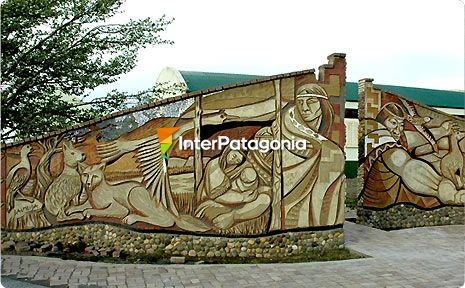 Both on its main avenue and in a nearby theme park, the murals reflect the history of Santa Cruz, from the days of the Tehuelches till today.

Mural painting is an art practiced on large spaces taking advantage of walls or putting them up specially on which various decoration techniques and disciplines are portrayed. Comandante Luis Piedra Buena adds up to its life quality with the satisfaction of featuring pieces of collective talent in its street and at a theme park.

We strolled along Gregorio Ibañez Avenue to find the traces left by plastic artists on the murals, expressing their minds and their vision of the world. We were surprised by the intensity of colors and gradually discovered and interpreted these street creations.

Then we went to the theme park located close to the bridge over the Santa Cruz River. The works presented at this spot are also unbelievable. Some of them are even based on literary works by local writers. Themes such as the creation of the world according to the Tehuelche vision, significant moments throughout the life of Commander Piedra Buena, the arrival of the European immigrants and Tragic Patagonia have been represented in colorful mural versions.

It all began with a muralist movement that started in the Province of Corrientes and spread out around the country. It finally chose this city in Santa Cruz in 2005 to stay. It was fostered by José Kura and Daniela Almeida, authors of the works we could observe. They were later joined by local artists such as María Corea and Patricio Figueroa, as well as a large number of enthusiasts. 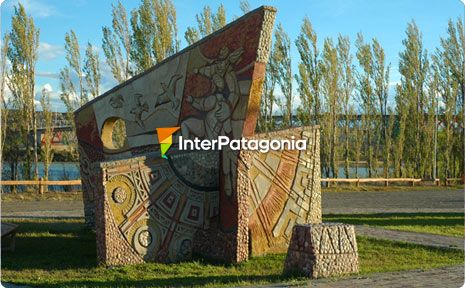 One of those creators explained that two techniques were applied: sgraffito and polychrome painted stones. The first one consists in overlapping layers of colorful plaster that are later scratched with a metal palette knife to produce an outline drawing and then manage a definite sketch before the material hardens. These techniques were used by the Etruscan, the Phoenicians and Cretan and in the twentieth century, they were updated by Mexican painters who succeeded in imposing their artistic movement.

The tour led us through the understanding of the works, which represent a bonus track among the diverse activities proudly offered by Piedra Buena to its visitors.