When traveling through Argentinian Patagonia, Puerto Santa Cruz turns out to be an interesting location because of its urban center facing the estuaries and because it offers many activities in its natural surroundings. 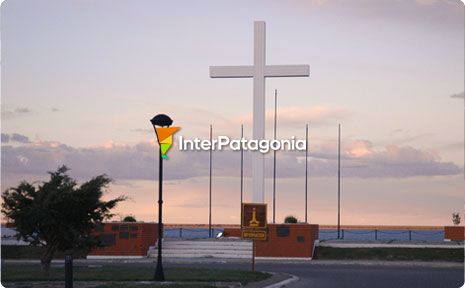 Puerto Santa Cruz is a settlement with historical presence, human warmth and lovely landscapes, a diversity of birds and where dawns and sunsets are unforgettable.

Shortly after visiting Puerto Santa Cruz, historical sights can be seen. These gave origin to its rich heritage. We imagined how the first settlements reaffirmed sovereignty in the area while noticing a way of life in full contact with nature.

Located in the south margin of Santa Cruz River, at the shelter of sea winds and over the plains, we discovered churches, monuments and busts that pay tribute to the men who consolidated the settlement. 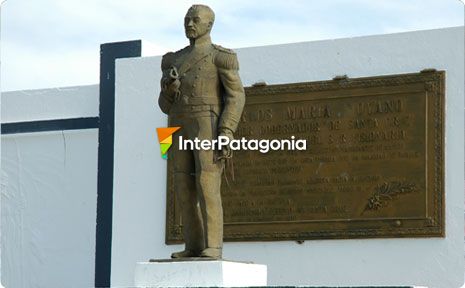 Thus, we could visit the mausoleum of the first governor of the territory, lieutenant commander Carlos María Moyano, in the same place where Hernando Magellan called for a mass in order to pray for the success of the mission leading to the Strait that is named after him.

The Exaltación de la Santa Cruz Church was built in the so-called Cañadón Misionero, thought to be the first human settlement. It is well kept and the Christ was brought from Turin (Italy).

The commanding officer Luis Piedrabuena and Commodore Luis Py, pioneers in the region, have their own monoliths and offerings in public places with legends telling about the mishaps suffered by the first settlers. 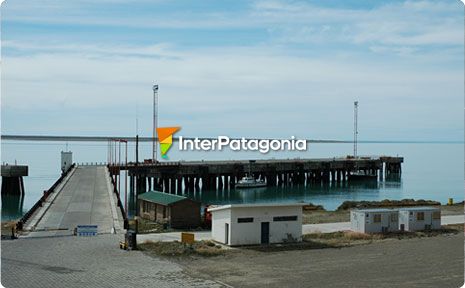 Our walk took us to the Centennial Cross located over the estuary. It is an oversized structure made of iron which pays tribute to the time in which Commodore Py arrived with his naval squadron.

We also visited the Carlos Borgialli Regional Museum, in which the flora and fauna of the region together with interesting archaeological and paleontological items can be seen. When passing by the Sociedad Rural, we witnessed a sheep fair which gathered many people and gave us a glimpse of the number of farms in the nearby area.

The settlement has a deep water port which means good transport of merchandise. Punta Quilla, located on the south margin of the estuary, can be reached through National Route 288.
Its modern pier allows the arrival of oversea ships with two options to dock and another area for smaller ships. It provides all the services required by navigation, proper light and buoy. 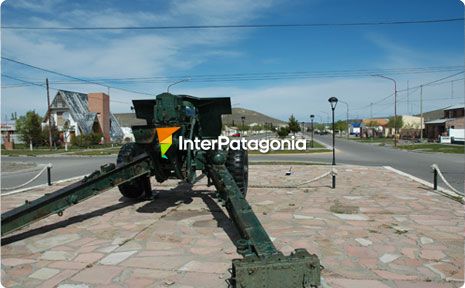 'Don’t leave before getting to know the wide course of the estuary which is 25 km long. You can do it by car. You can see the change in color of the water depending on the time of the day and the clouds', said the person who sold us gas at the gas station.

We paid attention to his piece of advice and noticed that that 2-km-wide canal is a perfect place for canoeing, water skiing and sailing. These sports are practiced by the local people and also by others coming specifically to Puerto Santa Cruz looking for adventure and adrenaline.

One of the best attractions over the south margin is the picturesque settlement, particularly at night when the lights are reflected on the water. 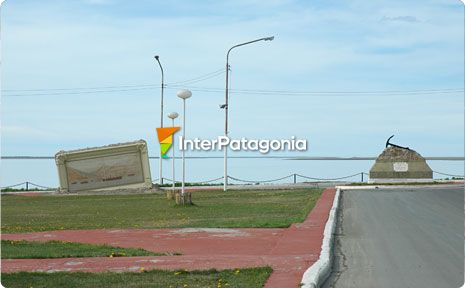 For lovers of fishing, there are good examples of sea bass, silverside, trout and perch. Isla Leones (Lions Island), located over the estuary, is the habitat of an important colony of sea birds.

The touching stanzas of singer Horacio Guaraní confirm that Puerto Santa Cruz produces the following on those who visit it:

Puerto Santa Cruz
so distant and beloved
a little piece of cold,
sunshine in my heart...” 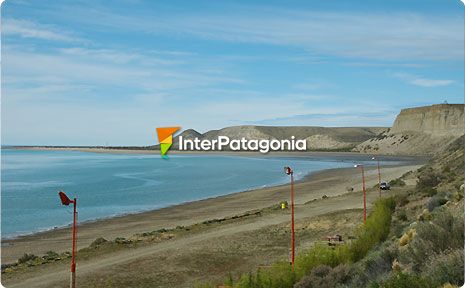 Puerto Santa Cruz is located 249 km away from the capital city of the province, Rio Gallegos, on the south margin of a wide estuary of the Santa Cruz River. It can be reached through National Routes 3 and 288, both of which are paved. The port of deep water, Punta Quilla, is located 17 km away, at the mouth of the Atlantic Ocean.