If discovering sea lions and penguins in their natural habitat is what it is all about, two outings are definitely a must: the sea lion colony at Monte León and the penguin colony at Estrada. 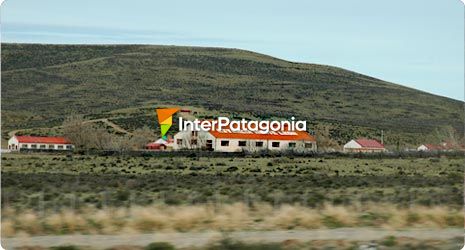 It takes a long but thrilling drive across the steppe to reach the fauna reserves and their sea lions and penguins on the coast.

Delighted at the idea of seeing sea lions and penguins near Puerto Santa Cruz, we went on two unforgettable outings to meet the huge mammals, calmly living out their lives by the sea.
We set off towards Estancia Monte León, well-known for breeding cattle, and then turned towards the coast to reach Isla Monte León. We drove through dells and valleys, past Cañadón de los Guanacos (Guanaco Gorge) named after the animals there.

Despite being arid, the Patagonian steppe has many low plant species which flower in spring.

Only a short distance from the coast, we came face to face with the wonderful Monte León (Mount Lion), whose outline depicts a lion at rest. Of course a little imagination is needed as well as keeping in mind that the wind, the water and time itself have slowly shaped it. The Mount also lends its name to the national park where it is located.
Upon arriving at the beach, we finally spotted the southern sea lion colony. ‘They come over from the other colony at Pico Quebrado and position themselves in the area of the cliffs and on the island next to other sea species,’ the game warden explained. 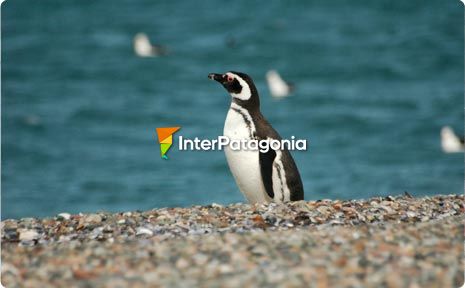 Absolutely fantastic! A small colony which from afar seemed to be unaware of our presence. Some of the sea lions appeared to be sunbathing as they snugly lay on their backs in the lukewarm sun.
We saw small bays, high cliffs and beaches which appeared at low tide only to disappear when the tide came in. When the tide is low, you can reach the Olla, a large cave with an opening at the top which lets in sunlight, eroded in the rock by the water.
A large variety of sea birds such as cormorants, southern black-backed gulls, blackish oystercatchers and neotropic cormorants is proof of the great biodiversity on the island. In the distance, on the coast, fishermen were busy catching sea bass, sand smelt and butterfish as we were told.

It took us all day to reach the penguin colony. The drive was similar to the previous one, absolutely delightful for nature lovers. 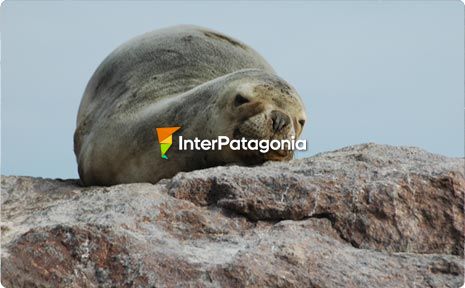 We knew it was not the best time to visit Punta Estrada as the penguins arrive at the end of August to breed and leave in April. A walk along the sand and gravel beach is necessary to reach the breeding grounds. It is fun to make out the different shapes of the cliffs and to remember that this is where the historically important ‘native stations’ used to be.
Fishing enthusiasts come to Punta Estrada in search of sea bass, which can even be caught from the coast.
After both outings we realized that when we spoke about a solitary landscape it referred only to the absence of man, as there are many species of flora and fauna living there. We came to appreciate what we had seen and learned even more.

You can camp in summer. It is important to inquire when the campsite is closed because of bad weather conditions. There is a game warden, tourist information, portable grills for barbecues and public toilets.