The building which used to belong to the first local committee of public works displays various objects of high archeological value.

The First Settlers Museum is located in the civic center of San Martín de los Andes. The typical wooden house, built in 1930, operated as the venue for the first Committee of Public Works and then lodged the municipal authorities. In 1962, when the municipality began to operate in its present building, this construction was moved nine blocks away from its original location and used as a house, as a shed to stock materials and as a workers' dining-room.


In 1987, the house was recovered and restored in order to open its doors as a municipal museum. The pieces displayed there have a high historical value due to their age and preservation condition. They give evidence of the regional past.


Permanent exhibitions revolve around Patagonia in the 1500s, when these inhospitable lands were mostly dwelled by the Tehuelche indians, who occupied a vast territory from the humid pampas to Tierra del Fuego.

The Pehuenches were the dominant ethnic group in the present Province of Neuquén and they ruled over both sides of the mountain range.

The Pehuenches received their name from the main ingredient of their diet: the monkey-puzzle (pehuén) pine nut. Organized in family groups, they would move about and tour large extensions of land. Countless tools and arrow tips found in this region bring us knowledge about the daily life of these peoples. Among the objects found, some Valdivian pots discovered in excavatioons done inside the municipal land stand out.


The museum also presents a small paleontology exhibition of crustaceans and fish fossils donated by a collectionist called Mr. Erico Berry and found in western Neuquén and the coast of Chubut. 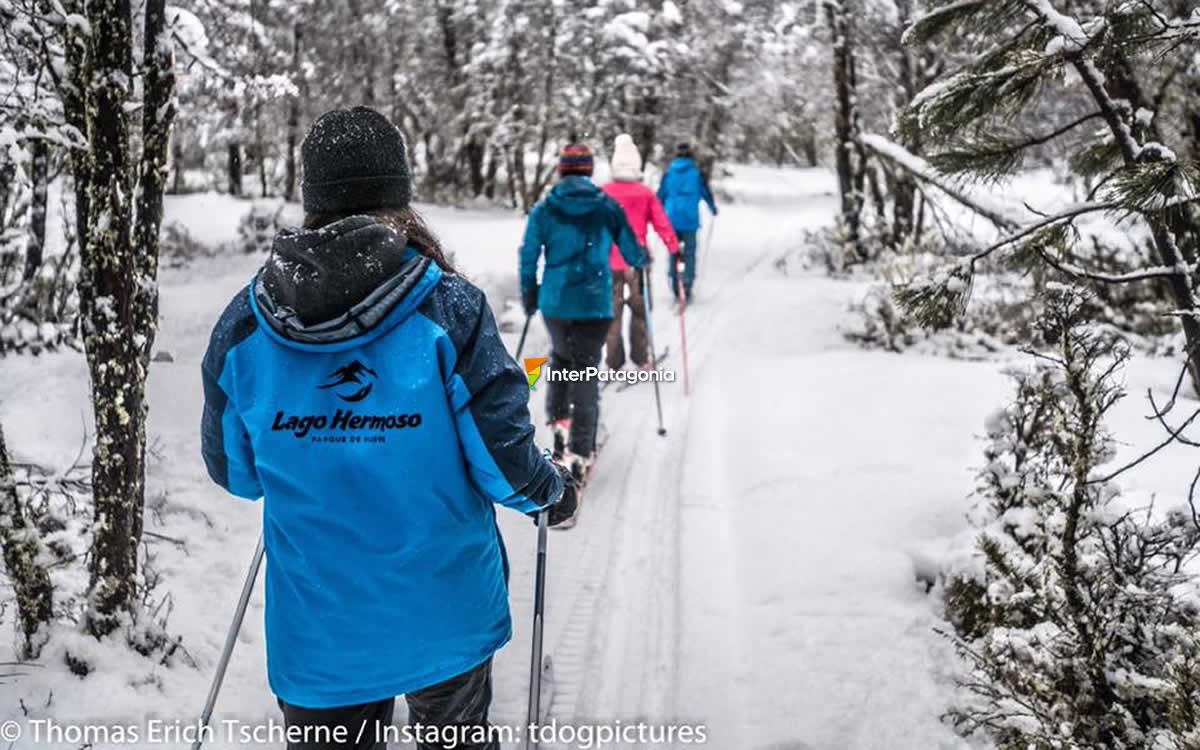 Crossing in Lake Hermoso
On the Route of the 7 Lakes, in the vicinity of the Beautiful and Machtonic lakes, the Snow Park Lago Hermoso is the latest of San Martín de los Andes, a new attraction that offers activities to enjoy contact with the snow and the wonderful landscapes of the P Lanín National Arch.