On a Motorbike around San Martín

On a motorbike, we resolved to see the surroundings of San Martín de los Andes. Here are some alternatives to visit on two wheels. 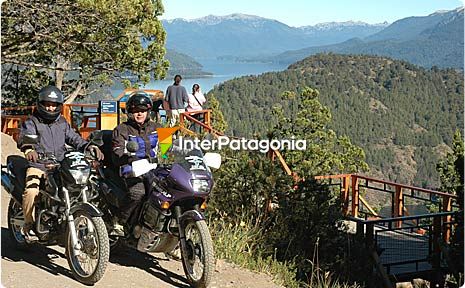 On a motorbike, we resolved to see the surroundings of San Martín de los Andes. Here are some alternatives to visit on two wheels.

To bid our farewell to warm days in the Andes Mountain Range, Guillermo Keenan, from Patagonia Motos, invited us on a tour around one of the classical sceneries in the outskirts of San Martín de los Andes. The proposal involved hitting the road on his touring bicycles, choosing some circuit and letting the wind be our guide.

Since a few years ago, Guillermo has wished to share his passion for motorbikes with everybody visiting this beautiful city in Northern Patagonia. The idea is to go on tours across the mountain range and enjoy its natural charm.

Following this premise, he picked us up to start a varied tour. It was March and the day broke cloudy, but according to the weather forecast, it would be sunny later. Therefore, wearing our jackets and helmets, we set out towards our first destination: the Lanín. 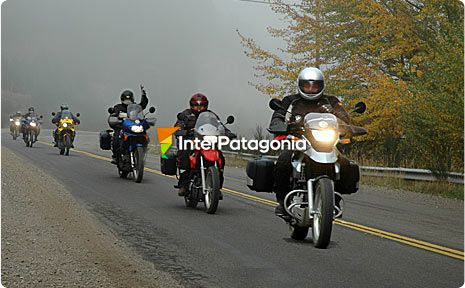 As the Transalp 650 and the Honda 400 advanced confidently along National Route 40, Guillermo told us about the tours, most of them laid out within the areas of the Lanín National Park. There are two circuits with the Lanín Volcano as their main protagonist. One of them towards the Northern face of the mountain, known as Tromen, as the international pass now known as Mamuil Malal used to be called in the past; and the other towards the Southern face, in the Huechulafquen area. Near Junín de los Andes, the Lake Curruhue and the Lahuen Có Hot Springs circuit may also be visited, crossing ancient conifer forests, the Escorial and various lagoons of singular beauty.

Going for A Ride

Our experienced guide showed us how easy and safe it is to ride this kind of motorbikes along mountain paths. 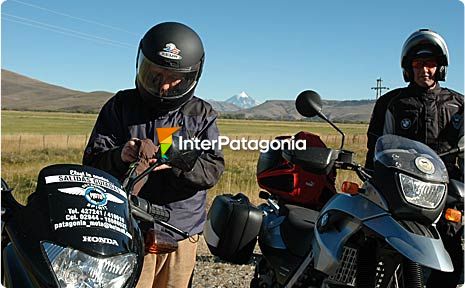 On the way back from the Lanín, we headed for the Hua–Hum Circuit and Lake Queñi - another interesting area inside the national park that spreads up to the international pass- after traveling along National Route 48, mostly a rubble road with amusing bends. We stopped at one of the vantage points to behold the view of the city. Afterwards, as we wished to see a little bit of every circuit, we rode towards the Arrayanes circuit. This half-day proposal lets riders see the old road to Chapelco, with various vantage points that show off excellent panoramic sights of Lake Lácar and the valley.

Another alternative is to ride along short tracks like Meliquina, Lake Lolog along the old road and Quila Quina, and spend the rest of the day enjoying these sceneries. 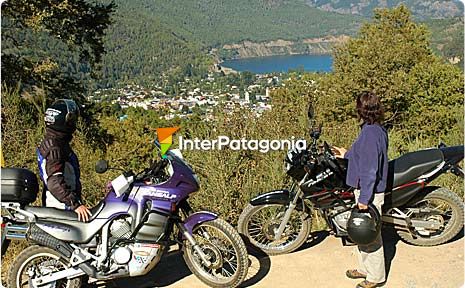 Other tours were still pending: the route followed by Che or the classic journey to Bariloche along the 7-lake road. Therefore, Guillermo invited us to go on longer journeys next summer. A real adventure on a motorbike.

Duration: In addition to the all-day tours, the half-day tours take approximately 4 hours.

It is essential to have a driving license and an adventurous spirit, according to Guillermo.
Journeys taking more than one day may also be hired. Reservations should be made 30 days in advance.