The Villarrica offers its slopes to ski in the winter and invites climbers to its summit in the summer. If you are fit, the experience of leaning into the mouth of this volcano in action is mandatory.

Willy, from Sol y Nieve, asked me if I dared and if I was fit. I still wonder if I managed to comply with this physical condition but I was extremely eager to climb the Villarrica. A symbol of the city of Pucón, the Villarrica rules over the national park bearing the same name. At 2,840 m.a.s.l., this still active volcano offers good snow for skiing in the winter and excellent panoramic views of the lakes in the summer.

The following day at 7 in the morning, I was already in the office, meeting point for the group that was about to leave on this excursion. After trying the equipment on and meeting our guides, we left towards the reserve, under a cloudless sky and a bright sun that would forecast a fine day. We traveled 12km from the center of Pucón to the entrance of the park, where we stopped at the office in order to have a word with the forest rangers and get familiar with the natural characteristics of the protected area and the volcano.

One of the most active volcanoes in Chile, the Villarrica has had 82 historical eruptions so far. The most tragic was in December 1971 and the last one was registered in 1984. Modified at his will, the landscape surrounding the volcano has not lost the beauty of its monkey-puzzle forests.
We continued to the base of the volcano, where the ski resort chairlift 5 is located. This lift would take us to the platform from where we would start climbing.

At the Foot of the Villarrica

At around 9 in the morning, we were almost ready for this adventure to start. Our guide Oscar explained to us how to use the ice axe and the right way of walking with the crampons on. We put on some more sun protection, as we would feel the sun shining hot on our skin, and we adjusted our backpacks, loaded with water and a snack for lunch.

The action of the heat would make the snow start to melt and become heavier, which hindered our pace. At 1,900 m.a.s.l., we began to ascend in a row, drawing a zigzag pattern on the ground, as established by basic mountaineering techniques. I remembered Willy and I especially regretted not having gone to the gym during the winter as, even if it is not a technical ascent, it requires being in good shape and having physical endurance. It was evident that I did not comply with all these conditions, but my willpower and the stops made every 15 minutes in order to rest helped me fulfill this exploit.

We would advance silently and taking short steps. All of us were concentrated in managing our energy. After two hours of climbing, it was a relief to see that Oscar was indicating our stop for lunch. We dropped our belongings and turned round to see what we were leaving behind. We were standing at 2,200 m.a.s.l and the thick clouds would completely cover the park and the view of Lakes Villarrica and Caburga. Only the mountain peaks of the Andes Mountain Range and, in the distance, the Llaima and Lonquimay Volcanoes would trespass the white formations. It would not take long to reach the summit, but the stretch we still had to travel was quite difficult.

Towards the Crater of the Volcano

We resumed our march and Oscar would keep encouraging us. We only had to go on climbing for 20 minutes to reach the highest point, which looked closer than it really was. In the last stretch, the snow would melt among the craggy volcanic rocks. We could already feel the strong smell of sulfur when we finally reached the border of the chimney. The crater has a 300m2 diameter and it unveiled the smoke and the lava in the depths of its mouth. We were overwhelmed by the scene of knowing that the earth was alive under our feet. We were bordering its surface in order to appreciate the matchless panoramic sights of Lakes Calafquen, Panguipulli and Pelleufa, as well as the Lanín, Tronador and Osorno Volcanoes. The wind and the sulfuric fumes would irritate our eyes, but we had already forgotten our tiredness and were enjoying having conquered the Villarrica.

Very pleased, we started to descend, which fortunately was easier and funnier. Oscar explained the technique to us: we should sit on the snow and slide down with our legs heading to the front, using the ice axe as a brake.
Under the supervision of the guides, one by one we jumped into some kind of natural slides, some of them steeper and other ones softer. This way, we quickly descended the volcano slopes as far as the snow permitted it, very close to the chairlift. This time, we decided to walk all our way back along the muddy patches we had avoided on our way up and in more scattered groups we approached the shuttles that were waiting for us at the base.
As we moved farther, I turned round to see the Villarrica for the last time and remember, very much pleased, that we had been up there.
Read complete Outing... Karina Jozami / Politur Travel & Adventure

Duration: 9 hours average in all.

Timetables: Excursions leave at 7:30am.

Recommendations: It is essential to carry enough water or juice for hydration during the trip, good sun protection (above 15), lunch, chocolate and fruit. Bordering Lake Villarrica, 25km are traveled along a paved road up to Pucón. One kilometer before reaching the city, take the detour to the left and travel 9 km along the rubble road that accesses the national park. Inside this area and passing by the forest ranger office, take the trail on the right towards the Villarrica winter resort.Timetable: excursions leave at 7:30am. 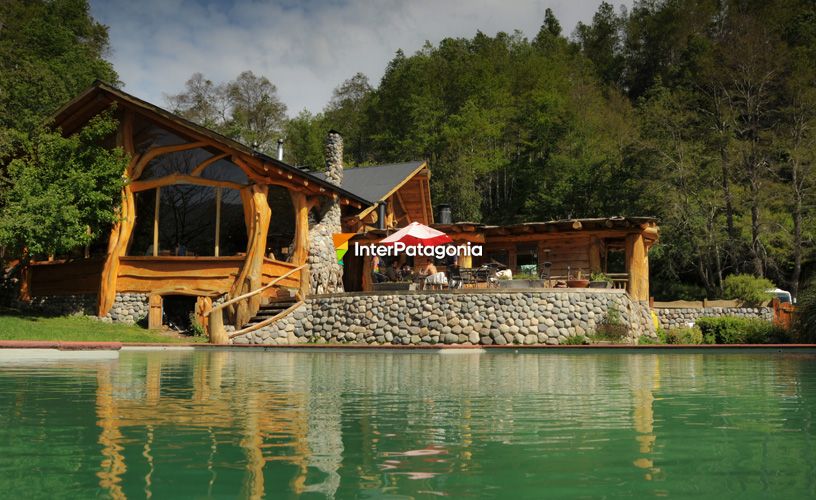 Menetúe Park Hot Springs
Surrounded by an exquisite scenery, the Menetúe Hot Spring Resort offers all the comfort to relax and have a good rest. A tour not to be missed during your trip to Pucón and Villarrica.