A plant nursery is a dynamic space where vegetable species sprout, grow and reproduce with the aid of an expert so that all of them show off their size and foliage.

In San Carlos de Bariloche, there are plenty of options to get some beautiful local plants and condition them in our garden when we go back home. For such purpose, we visited two well known plant nurseries.

This plant nursery has operated in a spacious plot near the city center for long years run by its owners. Mischa invited us to go around the green corridors and corners to recognize the species, their origin, size and blooming parameters.

Mischa was born in Bariloche and still remembers the dusty roads of his childhood, when he traveled with his father in a Jeep Willys with a hood. It was during those journeys that he learned how to observe the countryside and the changing cycle of the local plants.

When he arrived in that venue 25 years ago, there already was a barrier of cypresses. Then he added more species until he managed the present range of green shades offered by pañiles, maitenes, lengas, golden cedars, small-leaved lime or radales, to name a few. They provide protection to one another according to their need for humidity, shade and light.

Every morning, I go out into the garden to watch the plants just like people watch their own children grow and feel proud to see them healthy, strong and integrated with the world of their peers, Mischa told us feeling proud of his plant game.

We asked for details about the native species: the mountain range cypress, different kinds of Nothofagus and so on. We also saw some exotic species, such as tulip trees from the USA, European pines, Siberian lime and the alpenrose from the Himalayas.

Mischa considered that foreign species become easily adapted and that only their cycles change due to the fact that they came to life in the other hemisphere. Some plants grow more slowly or feature a different size.

The presence of volcanic ash rain in the area gave way to a topic that generated a certain kind of uncertainty at first. However, as months went by, this was understood as a natural process and accepted as such. As a response, the soil started to incorporate the minerals in the ash and the grass gradually showed signs of renovation.

Later on, we spotted the venue owned by Guillermo Doll in the area known as Las Chacras (the farms) in order to understand the organization of a forest plant nursery.

Within a spacious and neat site, we observed the rows plants in the soil, seed beds with young and older specimens. Order rules over the whole venue, where the irrigation system and silence seem to command plant life.

The different species grow healthily with plenty of space and the varieties of the Patagonian Andean forest co-exist with non-native plants, which provides an extra attraction in the nursery. The secret seems to lie in producing plants with a good relation between their root and their aerial part in order to ensure a good plantation.

Inside the greenhouse, we observed the first part of some sown plants. Then they are moved to the seed beds in the open air and later on to a flower pot or the soil, as corresponding.

We adopted Mischa's concept about how to interpret the vegetable world, where green is combined and learns to co-exist with other species. During such process, we must patiently wait for plants, judge their behavior and search for the best place for them to become settled.

We carried several plants with their bare roots on the plane back home. This is a new way of packaging that prevents them from suffering and lets us take care of them and boast them as they were originally intended by nature. 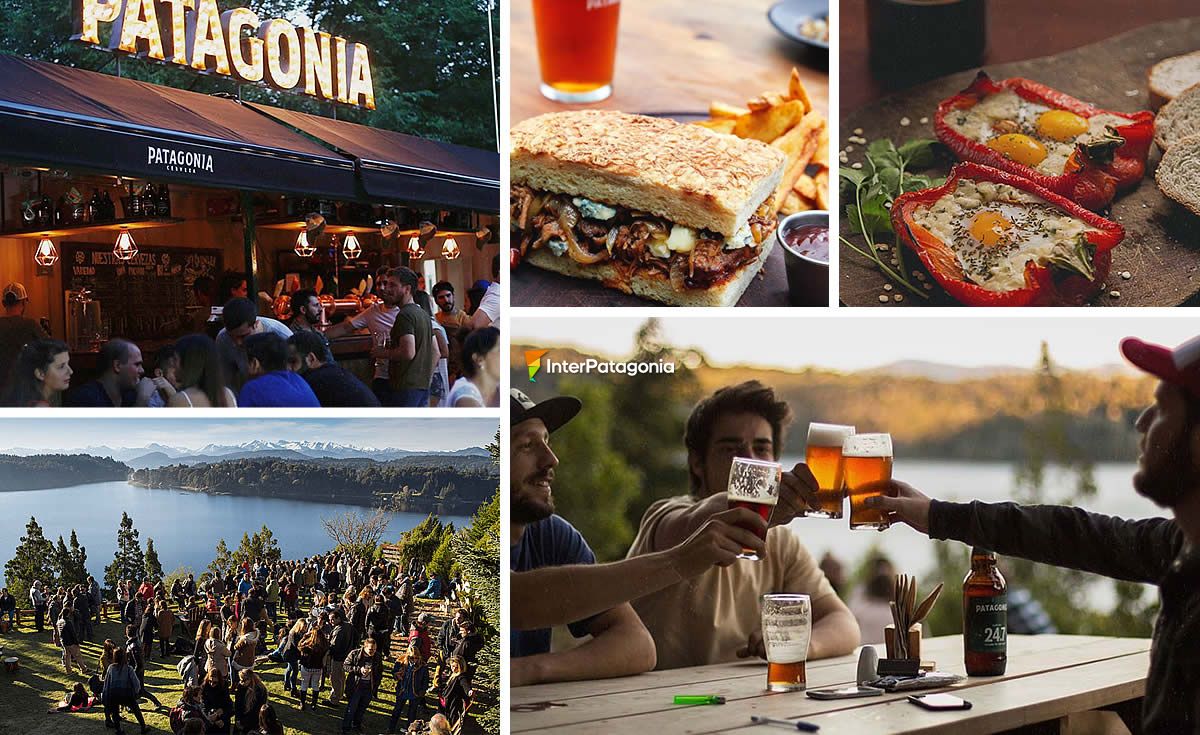 5 unmissable breweries in bariloche
Craft beer is booming and the beer route in Bariloche is committed to diversification in styles and varieties. A tour of the most renowned bars.