We traveled on board an early nineteen-century train from El Maitén to the vast Patagonian steppe: ancient but comfortable La Trochita Patagonian Express.

A few cars connected to a smoking locomotive are part of a must tour around extensive and enigmatic Argentinian Patagonia.

From the very moment we stepped on Patagonian soil, our biggest wish was to see the famous Old Patagonian Express. By getting on board this train, we would go on a journey back to the past, to the days of bandits such as Butch Cassidy and Sundance Kid and their famous adventures.

We made all the necessary arrangements with a travel agency. Setting out from El Bolsón to El Maitén on a shuttle, we left behind the 42nd parallel, an imaginary line that separates the Provinces of Río Negro and Chubut.

Early during the journey, the windows on the left displayed the image of Mount Piltriquitrón, a huge mass reaching 2,260 meters MSL. We were given some information and dates and told some anecdotes about the itinerary before us. We got past the Fine Fruit Capital of Argentina: El Hoyo. A thick line of poplars encloses a small community devoted to a production of excellence.

Later on, we were delighted by a panoramic view of the Epuyen Valley. Imposing mountains that belong to the Andes Mountain Range shelter green woods of oregon and ponderosa pinetrees while crystal clear creeks wind around it. A scene that got under our skin. 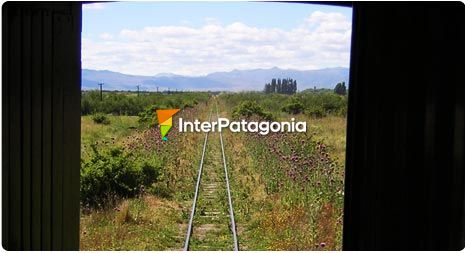 The remaining kilometers before reaching the District of El Maiten were made of gravel and we were already feeling impatient. We wanted to see that locomotive made of iron that was awaiting our visit. So far, we just knew that the train was known as La Trochita, which stands for "narrow gauge" in Spanish as this one measures only 75 centimeters of width. Another interesting piece of information is that many settlements occurred after the development of this railway branch. That is why La Trochita is a true rolling museum loaded with stories.

El Maitén is located inside a valley that was shaped by glacial erosion. This is a transition area between the Andean forest and the Patagonian steppe. “Maitén” stands for "sacred tree" or "tree of wisdom" in the Mapuche tongue. Featuring old architecture and arid street, this town seems to have stopped in time. Some buildings date from 1939, when the services of La Trochita started. 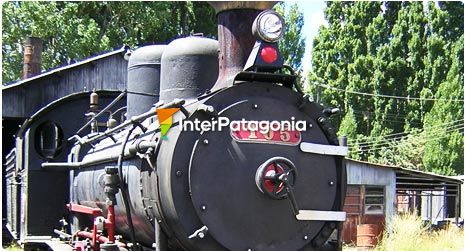 Eventually, we reached the station and the first thing that caught our eye was the buildings made with quebracho sleepers. The locomotive made itself noticed with at long whistle that made us shiver. The cars were already connected and the journey was about to begin.

We set our eyes on the locomotive. Its black smoke and its wooden cars made us think about old western movies. At the yard, we asked some questions about maintenance and origins. We were surprised to hear that the train had been preserved in its original shape. The legendary Henschel steam locomotive Class 75 H made in 1922, still in use, is considered a unique piece according to its manufacturers.

The top speed managed by this locomotive is thirty five kilometers per hour. The driver must operate the valve manually in order to let the steam move from the dome to the piston, which powers the locomotive.

And the moment we were looking forward to finally arrived. On the platform, the conductor invited us to get on the appointed car, which in our case was the so-called holandés ("the Dutch"). It was a real pleasure to sit on that comfortable seat and behold the scene as the train moved slowly. The Andean beauty was certainly showing off. 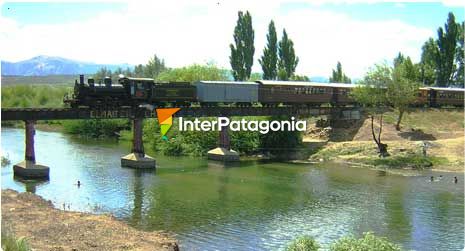 It was like returning to the days of the pioneers. One at a time, the old stories and anecdotes emerged from the guide's mouth. A winding layout of the rails would unveil a surprise behind every bend.

We were amazed by the sound of the Old Patagonian Express locomotive, its narrow cars, its bar car and a classic firewood stove located in the center of every sector. We were thrilled and carried away by a certain nostalgia. And laughter was also present during the journey, of course.

Thus, we reached the turnout known as Thomae, in the Province of Chubut. That was the end of the journey. Again, we thought about the famous bandits Cassidy and Kid and felt as if we were Detective Pinkerton following a trail in order to arrest them. We had been bewitched by the incredible 1920s and their legendary train that helped write the history of this part of Patagonia.

Timetables: Check at the tourist agencies. They change according to season and weather conditions.

In case of reaching the District of El Maitén by car, remember Provincial Route 70 is made of gravel; therefore, we recommend not to speed up above 60 km/h. Take enough time to get to the station because the scenes are worth looking at. Bring water. Do not throw butts out of the window.