Visiting Gaiman, a cultural tour of the historical museum is essential to learn about this town of Chubut and interpret its Welsh roots.

Gaiman preserves many typical buildings that tell the story of the Welsh who populated the region. Some of these sites were transformed into museums to preserve the collective heritage, such as the Regional Historical Museum. The same wealth of wealth that we recognize in Gaiman is transformed into its own strength as a destination.

Heritage construction
The building of the Regional Historical Museum itself belonged to the Chubut Central Railway. This adds enormous value in heritage construction. The English capital company began in 1888 with the project of the railway tracks that would link the coast of Chubut with the town of Las Plumas, towards the interior of the province. By 1909 the roads reached Gaiman, which boosted the growth and economy of the Welsh colony. In 1961 the train was closed and the old station of Gaiman was transformed into a historical museum, supported by the Welsh Education and Culture Association.

The first landing of Welsh in the New Gulf was in the year 1865. The objects they brought during that iconic trip and the following are part of the culture of Gaiman and the Museum collection The heritage is enriched with photographs of the pioneers, plans of the Welsh colony, titles of mercantile companies and the furniture of the house of Lewis Jones, one of the relevant characters of the beginning of this colony.

Other treasures that can be found are the book of minutes of the Court of Justice of Colonia del Chubut, prints of period newspapers, old musical instruments and the chalices used in the chapels of the nineteenth century. The crowns and the bárdic armchairs, prizes of the first Eisteddfod meetings, narrate the timeless importance of this cultural event that celebrates Welsh literature, music and plastic arts. The museum also has a newspaper library and library, which highlights the relevance of literature for the Welsh.

The construction of brick walls and roof of sheet metal retains its original essence without many changes, allowing you to enter a world of pioneer people, know their history and lifestyle and perceive the courage and bravery of yesteryear with those who faced to new lands in the southern hemisphere, looking for an uninhabited place to take root and preserve their own culture. Today these towns, the so-called "authentic peoples", protect and strengthen their roots, their identity, their idiosyncrasy, their customs, their lifestyle, their language, that is, there is a joint effort of the community and the municipality to preserve cultural heritage.

Very linked to this attraction, another historical expression is the old railway tunnel built in 1914, which proposes a thematic tour with several audiovisual modules on the history of the train. Historical museums invite us to interpret the history of the peoples again, highlighting the original essence that motivated its protagonists. The objective is to spread it to protect and appreciate it. 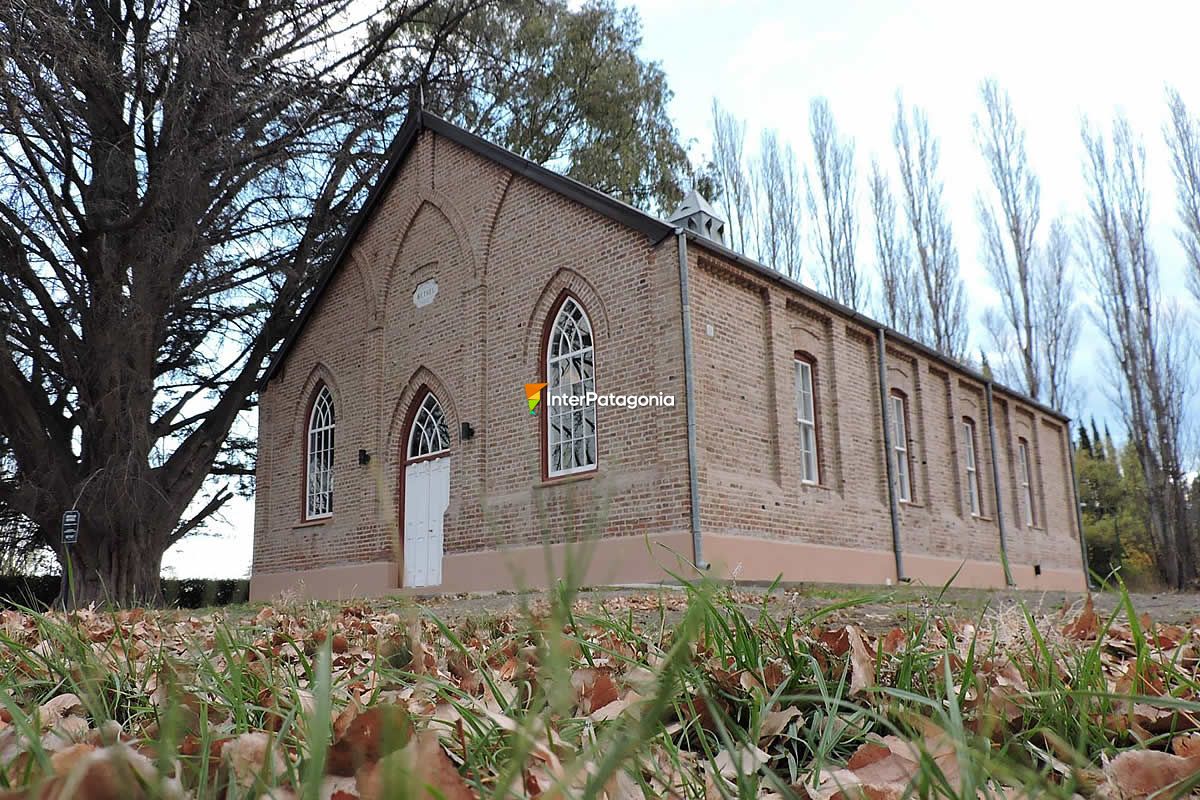 Chapels of Gaiman
This historical legacy forms an unforgettable journey. The chapels were the spiritual and community support to accompany the tenacity of the Welsh settlers.