The historic circuit "Route of the Strike of 1921" reconstructs the scenarios of the workers' strikes that tragically marked Patagonia. 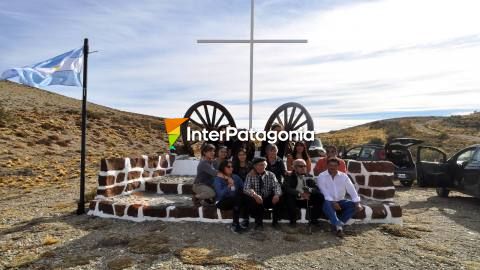 Tourism and Human Rights come together in a historic expedition of Spaces of Memory located in Santa Cruz. This is the Route of the Strike of 1921, a private enterprise that covers different milestones of the strike and the tragic events that occurred between 1920 and 1921. It is a tribute to the workers who fell fighting for freedom and left their bones in the inhospitable lands of rebellious Patagonia.

In memory of those silenced and shot

The interest in historical recovery promotes the tour of the sites where the repressions, executions and burials of striking laborers occurred in what was then the Territory of Santa Cruz between 1920 and 1921. Through research and historical reconstructions, such as the work of the writer and historian Osvaldo Bayerthe work of the National University of Southern Patagonia, it was possible to begin to demarcate the places of memory, such as the Estancia Anita, a few kilometers from El Calafate,the Cañadón de los Muertos, near Gobernador Gregores.

Provincial Law 3056 of 2009 established the "Historical and Tourist Circuit of the Strikes of 1921" that links different sites between Jaramillo, Puerto Deseado and Gobernador Gregores, a journey through estancias, railway lines and emblematic spaces of the province that tell the story of the rural strikes and the tragic end of the laborers to demand better living and working conditions.

The project involves nine localities that interweave urban circuits with the estancias of Patagonia that were the scene in the repressions and deaths of more than 1500 rural laborers who were looking for a new horizon and met landowners and abusive bosses, and history put them on the side of those silenced and shot by the 10th Cavalry Regiment. 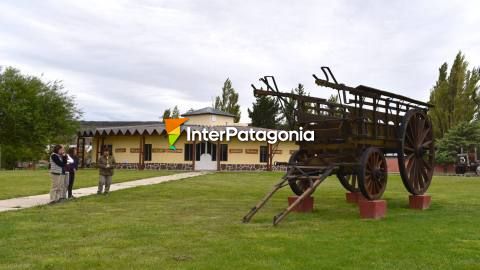 The route consists of more than 30 Spaces of Memory located in the wide geography of Santa Cruz. The operational and logistical base of the RH21 is located in Gobernador Gregores, where you can choose between two daily options of historical expeditions, with specialized guides and support vehicles.

They are proposals that put memory into exercise: a short tour of 3 hours that combines the urban tour with the Bella Vista ranch, where the Cañadón de los Muertos shooting site is located, and a longer walk of 12 hours that runs through the Cañadón de los Muertos and enters route 12 to visit abandoned estancias, ruins of old country clubs and two emblematic Memory Spaces of the RH21: "Potrero de los finados" and "Aguada del Guitarrero". In this last place, graves of NN shot in 1921 were located, converted today into a cemetery of the family of the laborer and striking leader Albino Argüelles. Finally, you visit the cave paintings on the Deseado massif and you have a view of the most important gold and silver mines in the country.

The film "La Patagonia Rebelde" (1974) was the most popular means to know and understand the history of the workers' struggles of Patagonia, based on the historical research book by Osvaldo Bayer. This author was the one who found a rustic cross nailed to the "Potrero de los finados", of the San José ranch, which said: "To the fallen by the Livertá", which today is in the museum of Jaramillo. Few words engraved on the cross and a symbolism that speaks of past and present, when freedom and dignity should go together and not fall into disuse due to the injustices of the State.

The RH21 already participated in the 2021 International Tourism Fair, announcing a different product in Santa Cruz. The experience is alive and keeps the memory awake in the untamed landscape of Patagonia. 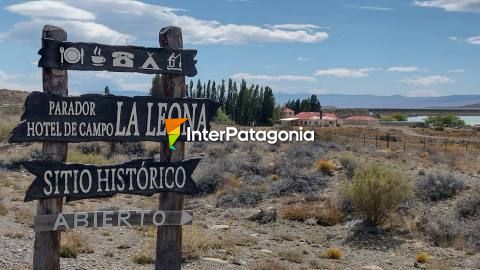 Activities and Tours in Gobernador Gregores