The City of Puerto Madryn is the Mecca of Argentinian SCUBA diving. For many people, it hides extraordinary spots and varied possibilities to go underwater. One of them: diving with sea lions, a classic in the region.

Amidst a greatly varied submarine wildlife, we discovered why this is a highly coveted destination to practice SCUBA diving. Known as Argentinas SCUBA Diving Capital, Puerto Madryn is a jewel as far as this activity is concerned.

While staying at Puerto Madryn, we did not hesitate to dive into the crystal-clear waters and discover a new submarine paradise.

There are multiple and varied sites for diving, as well as a large number of operators organizing this activity. We received several invitations but did not wish to use them all on one trip; therefore, we resolved to accept Lobo Larsen and Aquatours Diving and leave for another opportunity that made us Abramar Diving and Scuba Duba.

Time to Dive in

Once the corresponding explanations had been given, we met Marcelo Corral and his team very early in front of the Prefectura Naval Argentina building. The day began quietly. The sun on the horizon was still tinging the waters of the Argentinian Sea with a soft pink hue.

On board the motorboat, with a pleasant ocean and the comradeship typical of divers, we left towards the immersion site. Our destination was Punta Cuevas, in the new diving park, located in front of the shores of the Ecocentro.

We got the diving equipment ready and the instructor checked up the two most critical elements: the tank and the regulator.

We abandoned the boat and got on the floating raft. We threw a rope and gradually began to descend. This way, we ensured a good compensation.

When we were ten meters deep, a new world, full of life and color opened up before us. We quickly understood the reason for the name given to that place: Punta Cuevas (Caves Point).

This is a very good spot for beginners. It is made up by a natural small rock formation lying only 200 meters away from the shore. Among the caves and under the typical eaves of the ledges we found lots of fish. The naive groupers were willing to accept a cholga mussel from our hands.

The sea fauna that dwells this area includes cocheros, chanchitas, breams, turcos, salmons, sea anemones and crabs, among the most desirable. It was very amusing to see how the sea anemones would automatically disappear once they touched our fingers.

Suddenly, an elastic large figure stood still watching us from the bottom. Before we could even notice, it approached us at great speed. We lost our fear when we realized it was a playful sea lion young having fun next to us. After a few seconds, it got bored and left.

Diving in with Sea Lions, a Classic

SCUBA diving with sea lions used to be practiced without any restrictions until the early 1980s. Afterwards, this activity was banned due to the lack of information and proper studies. For some people, it was easier to prohibit than to think about damages.

Today, the situation has changed completely and this practice is held in the surroundings of Punta Loma and at the sea lion colony in Punta Ameghino, watching certain restrictions related to the immersion period and a special training undergone by the guides specialized in diving with sea mammals. This venture includes interaction with dolphins and whales as well.

Outings are generally scheduled in the morning and it takes only 30 minutes to get to the right spot. The average immersion period is 45 minutes long and it is forbidden to touch the animals, though they generally look for the divers to pamper them, as a way to express their affection for a stranger diving in their habitat.

The first sea lions approaching the diver are usually the youngest, most curious specimens, which are normally watched by the adults from a close distance. This is certainly a unique show which you have to experience in order to tell it to other divers.

Thinking of the Future

We continued diving, rejoicing in every discovery. It is difficult to describe the feeling of diving in low temperature waters. Everything is slower and brighter; the algae are greener and everything is translated into so much peace and harmony that it is hard to leave this place.

After diving for 45 minutes, we got back to the surface feeling extremely satisfied. Although it was already noon and a spectacular barbecue was expecting us in the city center, we refused to go back to solid ground.

Thus, Marcelo Corral invited us to make a new diving excursion: the Antonio Mirages shipwreck, located 27 meters deep. But that is a different story.

Timetables: To be arranged with the diving operator.

Recommendations: It is not necessary that you can swim in order to dive. This is an ideal experience for those who wish to raid into underwater activities. Wear sun protection, sunglasses and carry an extra change of clothes. 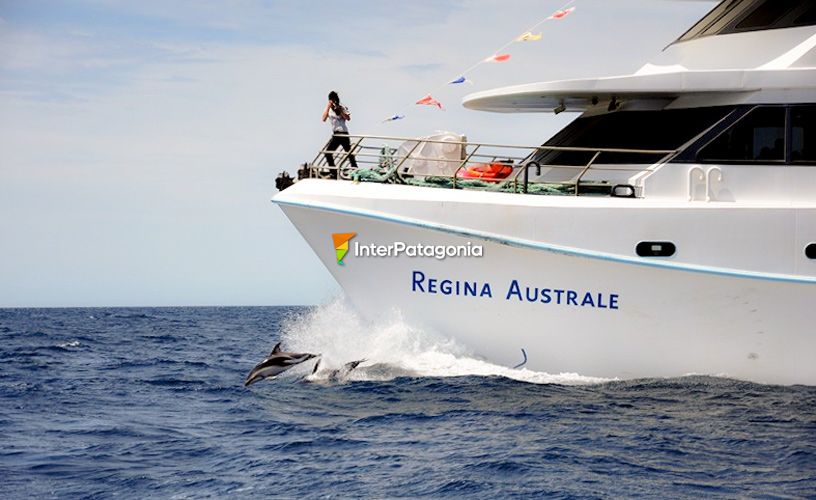