It is by looking at the architecture of this metropolis that we can meet its dwellers and learn about its history. Puerto Varas invites everyone to discover this city through its façades, its historical buildings and its traditional churches.

It is through the architectural testimony that we may decipher the different lifestyles and cultures of each people. Puerto Varas is no exception. We just need to walk its streets to realize the remarkable influence the German immigration had, among others, on this Chilean community.

One of the first sites that surprise visitors as soon as they start walking around the city is the Sacred Heart of Jesus Parish Church, located at the corner of San Francisco and Verbo Divino Streets. Its position is ideal to catch a panoramic sight of the entire City of Puerto Varas.

Standing on a hill, this particular church has become one of the icons of Puerto Varas. Its stylistic traits belong to the Romantic period, but its prevailing vertical lines incorporate a Gothic physiognomy. It is usual for some people to come along in order to admire and photograph it and keep it as a souvenir.

This particular house was built almost entirely of wood, which easily proves the easy access the first settlers had to this material and how it became adapted to the different needs the population had while becoming established.

It has a rectangular shape, two stories and a gable roof, a central viewpoint on the access porch and a typical Puerto Varas balcony. The eaves feature ornaments with Neo-Gothic reminiscences, an influence brought along by the cultures that settled down all along the shores of Lake Llanquihue.

Another typical building stands right opposite the German Clinic: the Gotschlich House. Raised in 1910, this house features the characteristic intertwined wooden piece structure, with walls and screens covered in Patagonian cypress tiles.

Today, unlike what happened early in the twentieth century, the Patagonian cypress is a protected tree. Back then, this measure was not necessary because the large amounts of specimens and the unspoiled scenery allowed it to be used freely.

On Arturo Prat Station, another building amazes tourists everyday: a typically German house (located at the corner of Nuestra Señora del Carmen and Miraflores Streets) considered by many as the most representative in town.

Here and there, the City of Puerto Varas shelters admirable architectural features, capable of teaching us in the twinkling of an eye how things are done at this gorgeous place.
Read complete Outing... Pablo Etchevers / Cristina Sabaliauskas 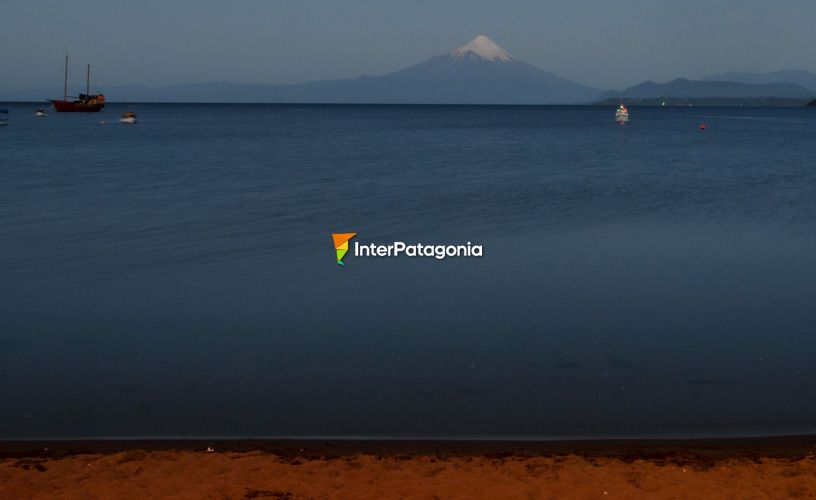 A Night Symphony
Even after sunset, the hectic life in Puerto Varas remains alive because of countless night attractions offered along its downtown streets, restaurants and entertainment venues.