An adventure tour that includes hiking, Tyrolese ropes, rock climbing, rappelling and canoeing is the goal of adventurers and extreme sport lovers of all ages and physical shape. 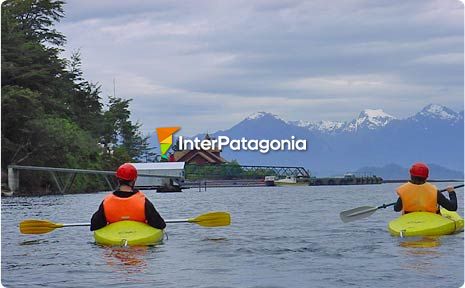 A multiple adventure tour that includes hiking, Tyrolese ropes, rock climbing, rappelling and canoeing is the goal of adventurers and extreme sport lovers of all ages and physical shape. A site where there are not limits for adventure.

A Place in the World

In this park, nature is the great protagonist. Ancient alerce, coihue and lenga trees live together in this environment. Likewise, cougars, pudúes, coipos, foxes, monitos del monte and a great variety of ducks and birds, among which the woodpeckers, the kingfisher and, on top of some mounts, the condor stand out. 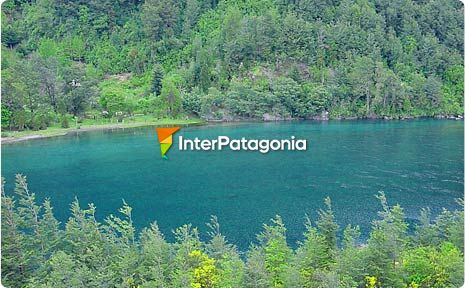 Petrohue is located in the heart of the Vicente Perez Rosales Park and more precisely where the unmistakable Lake Todos los Santos empties into the famous and mythical Petrohué River, which gives shape to the famous rapids downstream, one of the major tourist attractions of the Lake District.

But Petrohue is not just a river; it is a small wonderful town where a majestic hotel has been in charge of watching the settlement and seeing it grow, recording the live history of the entire area and its first dwellers in the photographs kept in its interiors.

A Little Bit of Everything for Everybody

After traveling 60 kilometers from the district of Puerto Varas, we arrived in Petrohue. Once there, Matías Fernández, who is in charge of the recreational and sport area of the site was expecting to show us one of the typical “eco-adventure” tours, a cocktail of activities available for visitors approaching the area all through the year. 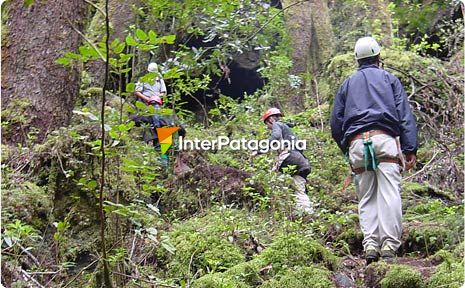 In the company of two extreme sports guides and a bunch of European tourists that had chosen our same tour, we got our helmets and harnesses ready after attending a theoretical safety speech which aim was to prevent and avoid accidents once the journey started.

The first activity was an interactive hiking tour, in which the guides began to teach us the features of the soil we were crossing, as well as explain to us the characteristics of the flora and fauna we came across along the way.

A twenty-minute walk allowed us to get to the first challenge prepared for visitors: a Tyrolese rope would let us go on only if we managed to cross a huge ravine of almost a hundred meters of height. One of the guides crossed first and then each one of the excursionists followed. Thus, among screams and celebrations, one by one, all of us left behind what would be the first tough trial. 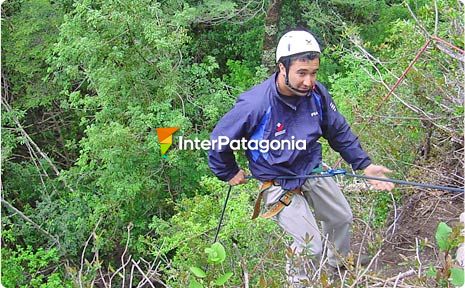 Meters ahead, a beautiful clearing in the forest would let us appreciate a magnificent view of Lake Todos Los Santos, of an intense turquoise, and some of the rapids seen downstream.

Immersed in the Rainforest

From there, we took a small road that, after getting deep into the rainforest, ended up into a rocky wall ready to be climbed with ropes. Once there, after putting the corresponding harnesses on and observing the instructor, we began to climb the wall to the top of the rock.

Up there, the road appeared again until it finally led us to another ravine with no way out. But this time, there was no cable to go down with the Tyrolese rope. Rappelling was the only way to get to the end; therefore, we slowly began to descend down a 100-meter high rock wall, full of mud and ferns, with the ropes and without looking down. 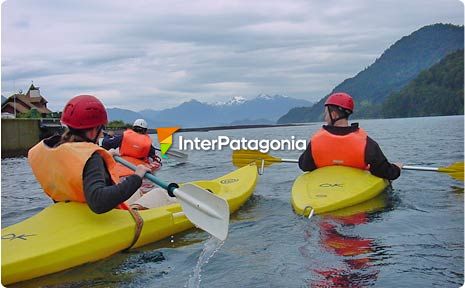 Safe and sound on solid ground, a thick forest full of huge ferns, alerce trees, pines, coihue trees and other species of flora would unveil some tracks of what used to be a road which, as we advanced, would let us hear some signs of a river or creek. The last trial was of course getting to the Petrohue River, getting on one of the kayaks that were expecting us and, paddling against the current just like the salmon, get to the mouth of Lake Todos los Santos, where a small wooden pier would indicate the end of our adventure, which would finish in a beautiful alpine dining-room and a paper bag with home-made sandwiches, cereal bars, chocolate and energizing drinks to quench two hours of so much adventure.

Timetables: The eco-adventures start during the entire day, as they take approximately 2 hours.

How to get here: From Puerto Varas, take Route 225 and travel 64 kilometers to Petrohue.

Wear comfortable clothes and shoes and carry few personal belongings, as the various trials require skill and, of course, attention, which sometimes is lost if we have to care for personal objects.