Located 91km from Puerto Varas, it frames one of the most beautiful and significant areas in Southern Chile. In its valley, part of its natural secrets can be discovered. 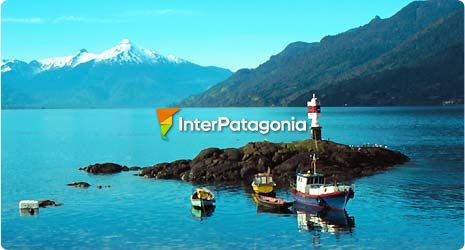 Located 91km from Puerto Varas, it frames one of the most beautiful and significant areas in Southern Chile. In its valley, part of its natural secrets can be discovered.

“It is so good to have you here, at long last” greeted warmly and kindly Rebeca, who is in charge of the Campo Aventura offices in Puerto Varas. As we were chatting, Lex arrived. He is the present owner of this tourist undertaking. After coordinating a sailing excursion at the sea for the following day, I stayed to talk to Lex for a little while. From Luxemburg to Cochamó, his story is more than interesting.

“One day, the click comes” he confessed with a smile. He is an aeronautical engineer and he was in charge of a German company, as well as his wife Cristiane, who was an advertising manager.

For a long time, they had been trying to find a place to change their life quality, until Lex saw an internet ad about a lot for sale in Chile. Without knowing anything at all about South America or speaking Spanish, he traveled to make a deal on March 28, 2000 and on October 26 of the same year, they were already installed in the Cochamó valley, willing to start the season.

It has been three years since they are in charge of Campo Aventura, with the firm intention to stay and share the natural and cultural richness of the place with visitors.


We set off very early in the morning in the company of Anja and Steine, two Danish students who wanted to make excursions with us. 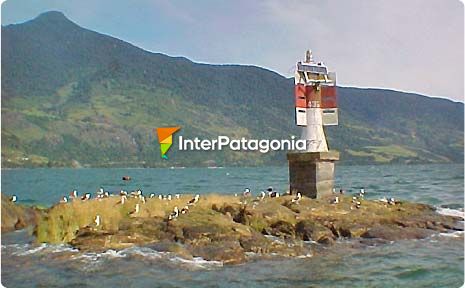 We took route 225, which borders Lake Llanquihue under the surveillance of the Osorno and Calbuco volcanoes, up to Cochamó, 91km from Puerto Varas. At the same latitude as the Petrohue River, the rubble road starts for 20 more kilometers along the southern road till we reach the Cochamó county.

In this valley, the typical characteristics of southern Chile with the Reloncaví estuary, the first fiord signaling the beginning of the southern area.

Its quiet streets contain the life of the colonists that live on crops, cattle and particularly on traditional fishing.

The morning promised to be fantastic to sail across the sea. We reached the pier at around 9 o’clock. Julio and Javier were waiting for us on board of the Anakena, a small fishing boat adapted for sea voyages.

Chile is the second exporter of salmon in the world. Next to the Lake Chapo area, the Reloncaví estuary outstands for its salmon farm. Along the coast, the hatchings with cages can be seen lodging about 50,000 specimens of salmonidae. 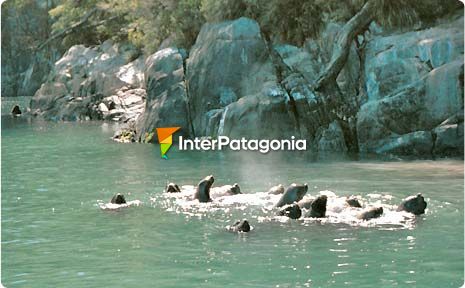 But the richness of this estuary is more related to seeds of bivalve mollusks, which amount is evidenced in the whitish rocks. Like other natural resources that are not fully exploited, the mussels, locally called mejillones, are beginning to be scarce in the depths of the Reloncaví and for such reason, the cultivation of seeds is becoming the trade of the future. Infinite collectors along the entire coast stay under water during six months in order to capture the seeds that are later collected and sold to hatcheries. The heavy, little productive work of the divers that go down up to 20 meters deep in order to collect the mussels, an average of six hours every day, is left behind.

The Anakena was moving forward slowly across the sea facing the wind, as we, almost indifferent to the daily activity of the estuary, let us be carried away.


“Time is not Important Here”


Lex knows it very well, because he learnt it during these years in Cochamó. We decided to follow his advice and abandon ourselves to the pleasure of a sunny day by the sea. The idea was to make a stop during the voyage in order to know the hot springs pools. But as we got closer, we encountered several visitors and decided to pass by later.

We continued sailing and, after a while, we came across some dolphins and sea lions.
We went in search of their colony, where they usually lie on the rocks to sunbathe. We made out the Yates volcano and passed by the Marimelli Island, until we reached Punta Lobos.
There were few specimens that day. Hardly a colony of ten members scattered over the coast, but we could get close enough so as to take pictures and bother them during their break.
They showed their annoyance by quickly diving into the water. 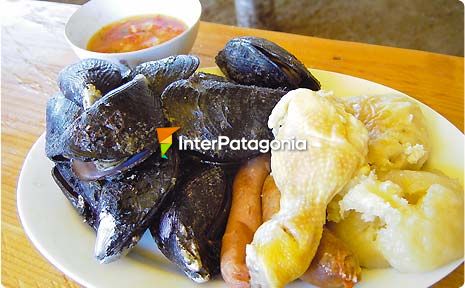 Therefore, we left heading for Sotomó. At around noon, Magdalena was waiting for us with curanto ready for lunch. Magdalena Valdera and Juan Guerrero’s family, who were born here, have been receiving the tourists that go on this excursion with Lex for one year. In an inn located on a high plain, with the best view of the mountains and the sea, the table was already laid. We only had to produce the menu, which remained under the soil. The curanto is a typical Chilean dish that is cooked inside a hole in the ground laid out with stones that have been previously heated in a fireplace and is covered by nalca and panquí leaves. On this vegetable mattress, the food is laid and covered with loafs of soil to concentrate heat and thus be cooked.

According to our chef, the meat is accompanied by milkao, a species of grated potato, and chapalele, a soft mass based on flour and butter, everything surrounded by several mussels dressed with pebre (mild sauce made from vinegar, garlic, parsley and pepper) and sprayed with white wine. To be delighted.

After a good lunch and with such a landscape for siesta, nobody wanted to move. But Julio and Javier, the steersmen, who had stayed behind fishing, were waiting for us. Anja and I made a bet on the trolling spoon but, in fact, we were not strong enough to wait for salmons or sea basses to come out.

We preferred to make ourselves comfortable and continue with our relaxing voyage. The tide was starting to go up and the natural hot springs were completely under the water. Thus, on our way back, we visited the San Luis chapel, parish of the seaside villages of the area. 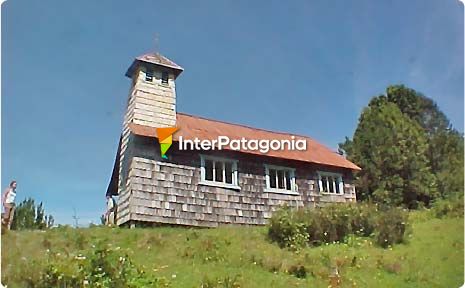 It was time to return. From a distance, we could see the pier and we only stopped to pick up a bag of mussels that had just been collected by a diver that was finishing his task.

Cochamó remained impassive, receiving the fishermen that were slowly returning from a long day at the sea. The Campo Aventura riverside lodge was waiting for us to continue discovering the natural secrets of the Cochamó valley.

Level of Difficulty: None.

Duration: Approximately 6-hour sailing, returning to the pier at about 5pm.

Timetables: The excursion leaves at 8am from Puerto Varas, to be at the Cochamó pier at 9am.

Take warm clothes and sun protection. After sailing, it is ideal to spend the night in the lodge and taste its excellent vegetarian menu.