Just walking along its small streets is enough to grasp the essence of this mountain town with European and native influence. 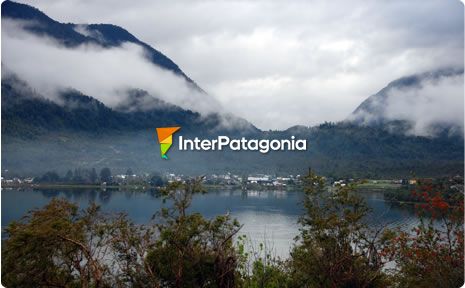 Winding streets, the sea around the corner and a special scent coming from its well-groomed gardens and lush surroundings.

Getting around the Palena-Queulat Basin, we reached Puyuhuapi. It took us a little more than one hour and a half to walk its streets. We would have needed more time to learn about the history of each street, every old house with wooden roof tiles made out of larch tree, gable roof and small windows, features of former times.

We decided to take a slow tour to enjoy each of the words muttered by the locals who really know about this beautiful place. Luisa Ludwig is the daughter of one of the first German settlers of Puyuhuapi. She has witnessed the growth of this town and the love for each inch of this improved land.

Our walking tour started at the fjord shore and from the pier we gazed at one of the most symbolical buildings: the Grand House. Painted yellow and brown, this attractive building stands at the highest spot like a lighthouse. It was designed and built by the first German settlers of Puyuhuapi and a German cemetery lies in its backyard. The House is surrounded by a line of pine trees.

A little bit more blended into this town and quite close to the Southern Road towards the South, we could find the old Casa Ludwig painted yellow. From that spot on, the route borders the river’s arm.

Walking along the bay, we reached the old pier and imagined those small colorful boats leaving to the sea together with sacrificed fishermen in search of shellfish and fish.

On the waterfront, the streets from the town converge with the gentle bustle of its active life. 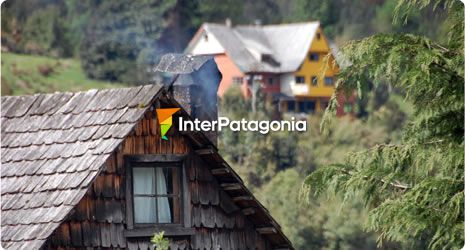 There was no wind on the U-shaped shore; therefore, the sea seemed to be calm. At night, clouds usually pose on the waters as if they wanted to give them shelter. Early in the morning they drift lazily away from the sea and fade slowly away.

We continued our tour and reached the wetlands. Luisa told us that in some seasons throughout the year this place houses grey heron and black necked swan.

We left the sea and got into the main street, named after Otto Uebel, one of the first settlers. This street is outlined by the most of the shops in town: supermarkets, stores, handicrafts, fire department and the Carabiniers station.

To go downtown, we had to cross over the bridge above the Pascua River. This river starts in a valley and its upper section offers good fishing for those who want to try their luck with the fishing rod. The river empties into the sea.

Excellent streets and stores name signs allowed us to easily get around this site. Gardens ornamented with flowers and a good shade of green are the distinctive features of Puyuhuapi. 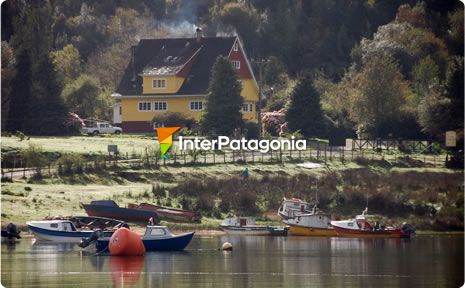 Early in February, the anniversary of Puyuhuapi is celebrated. It is a local festival for the entire community and features all sorts of contests besides sports, in which children and grown-ups take part, a lot of fun. The queen is elected in a specially prepared room and this becomes the most formal event in this celebration.

It is very nice to feel that all the dwellers know and greet one another across the street. We were also greeted. Upon our arrival, we were welcomed at the only gas station in town. 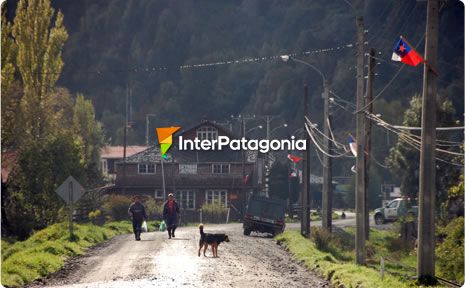 Around the Downtown Area

We stopped for a while at the City Hall facilities, which allowed us to know the community activities mentioned on the bulletin board. Apart from those activities, we could find others at four football clubs, an outdoor recreational field and an indoor gym.

We had the feeling that there was an attractive cultural and sports life at Puyuhuapi, which was confirmed by Luisa: “Luckily, both adults and young people are very active and many parties, contests and celebrations are organized throughout the year”.

We visited the only church of the town, made of wood and painted blue with ivy covering the walls of its facade. It was almost recently built and particularly picturesque. 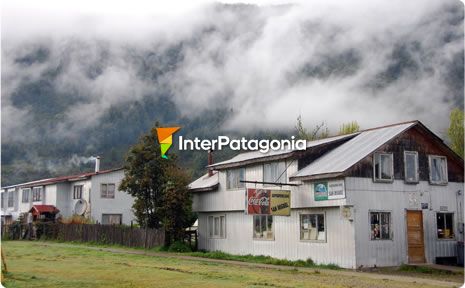 Two large buildings are part of the well-known carpet factory owned by the Hopperdietzel family. One of them contains the spinning mill and part of the factory and the sales room stand in the other.

They have produced hand knotted rugs, knot by knot, made of sheep wool and by local labor for over 60 years. They complete several stages from the dying of wool, woven on a loom and the final stiffener, a craft production method. Its quality is known worldwide.

We went down along one of these small streets leading again to the fjord. We had just finished our tour around town and we felt that we had not seen and enjoyed the best of it yet.

Activities and Tours in Puyuhuapi

Hotels and accommodations in Puyuhuapi