Featuring the largest shearing shed in the world, it is enough to tour around estancia María Behety to understand the significance of sheep husbandry in the history of Tierra del Fuego. 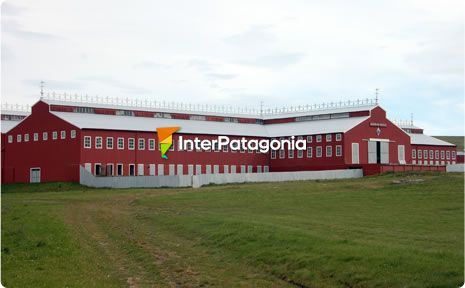 Featuring the largest shearing shed in the world, it is enough to tour around estancia María Behety to understand the significance of sheep husbandry in the history of Tierra del Fuego.


We could not depart from Río Grande without visiting the María Behety, not only because we wished to see the largest shearing shed in the world, but also, and mainly, because it continues to play a predominant role in national wool production. We need only say that its renowned cabin of purebred rams generally gets all the national awards at Exposición Rural and its slaughter house supplies the whole area of Río Grande and will soon export sheep meat to the European Community.

Along with Tabaré Barreto, who leads guided tours around the venue, we left in the early morning following Route 3 up to the detour into Complementary Road C, situated to the Northwest of the city on the way to the airport. A few meters before the gravel road started, we spotted Laguna de los Cisnes (the Swans Lagoon), a place where the shore birds gather when the tide is up. This is a very coveted spot by bird watchers as very rare species, such as faloropos or chorlos cenicientos, may be found in this area. We continued along 17 kilometers more up to the shell located in a green field, where a huge maroon shed stood out. 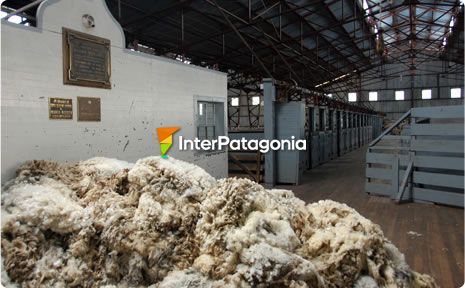 Famous businessman from Punta Arenas José Menéndez had purchased these lands in 1899. The lots South of the Grande River became part of estancia Primera Argentina, which had been exploiting sheep cattle for a decade. The lots on the North became a new estancia called Segunda Argentina, today known as María Behety. With 144,173 hectares, this estancia is considered the largest and best of all. Quoting the Menéndez themselves: "the most valuable amongst all I have owned”.

At present, María Behety features 62,000 hectares and about 39,000 Corriedale sheep, 1,400 Hereford cattle heads, 300 criollo horses and 76 llamas.
This magnitude is understood when one stands in front of the shearing shed. Accommodating 7,000 animals and stands for 40 shearers, it shows off the consideration of being the largest shed in the world. 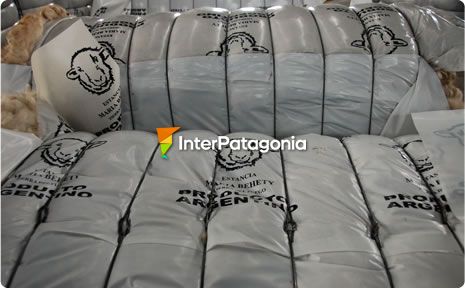 Inside, workers were finishing their tasks with some wool bales weighing approximately 300 kilograms, bound both for export and the domestic market. After seeing its interior and receiving an explanation about how the press works, Tabaré led us around the picturesque hamlet that makes up the shell. The first houses spotted along the main road belong to the Menéndez Behety family and they are used to welcome guests. They preserve the classical Tierra del Fuego construction features, also observed in the laborers’ house, the kitchen located next to the dining-room specially conditioned to welcome tourists, the shepherds’ house and the bakery, to name some of the facilities, all of them painted in pastel shades that make contrast with the dry green of the countryside. We also passed by Regina Coeli Chapel and, after making a stop to make out Villa María lodge, we continued up to the yearling lambs’ cabin.

Faithful to its best wool tradition, María Behety features one of the most famous purebred lamb stations, which have not only deserved countless awards (65 big champions), but they have also allowed the creation of other prestigious stations in the country. As soon as we entered Cabaña Vieja, we saw it was empty, as the 29 yearling lambs and the 230 mother sheep dwelling it were pasturing. We just found Beto, the man in charge of the cabin, who was cleaning and conditioning the pens, a task performed very strictly in order to keep optimum conditions for the herd.

After talking for a while about the recent shearing, we left Beto with his daily tasks and ended our tour around estancia María Behety, which still keeps setting the sheep production rhythm in the region. 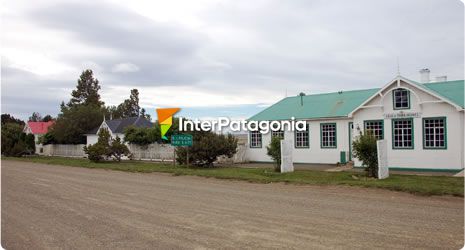