We toured around the mission, the main Salesian settlement in Tierra del Fuego, which continues writing the history of Río Grande. 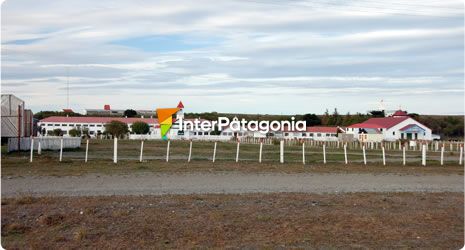 We toured around the mission, the main Salesian settlement in Tierra del Fuego, which continues writing the history of Río Grande.

The mission is one of the most representative postcards of Río Grande, both regarding its origins and its present. From a distance, the white buildings are made out 14 kilometers away from the city on National Route 3.
We had arranged to meet Stella Maris, guide and principal of the horseriding school working at the mission. She was waiting for us at La Cimarrona, the restaurant and tea house located inside the venue also run by her and her family. As we shared some delicious mates, Stella told us the story of this pioneer religious undertaking in the region.

According to the chronicles, after several trips to the island, Monsignor José Fagnano had chosen the Northern bank of the Grande River to create a town of natives in 1893. The first missionaries who arrived on the island the same year in November settled down in this place. A few months later, they moved to the area known as “Tres Chorrillos”, where they enlarged the constructions in order to lodge a larger group of shelk'nam natives. But this booming hamlet was burnt down in 1896 and they had to look for another place to settle down. Eventually, in 1897 the Salesians reconstructed the town a few miles away from Cape Santo Domingo, where Nuestra Señora de la Candelaria Salesian mission still stands today.

The mission has worked as an agricultural and technical school and has been training Patagonian young people since 1946. As well, products such as jams, cheese and meat are produced in the venue and commercialized in the entire region. But in addition to these facilities, the museum and the chapel, both declared national historical monuments, stand out. That was our next destination. 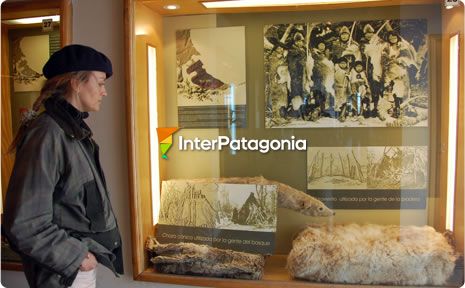 The Monsignor Fagnano Natural Science and Historical Museum is contained in three ancient buildings and in one area with new rooms and an outdoor yard, where a replica of the huts used by the selk'nam people may be seen. We met 80-year-old Father Juan Ticó, the museum director, at the entrance. Born in Santa Cruz, he was the first Patagonian to be ordained a priest (1948) and is the main responsible figure for the science show. As he is a taxidermist, all the fauna specimens from Tierra del Fuego displayed in the venue have been embalmed by him.

We walked with Stella around the first level devoted to the history and anthropology of Tierra del Fuego. Objects and images which belonged to the Selk'nam people are shown in glass cabinets along the corridor. They are the vestiges of the gold exploit led by Julius Popper, the arrival of the Salesians and the rise of the estancias. The second floor, dedicated to the natural area, is divided in sections, each of them with their own typical animal and bird species. After admiring the entire heritage of the museum, Father Ticó invited visitors to the auditorium to see a documentary by priest D'Agostini. The valuable testimony captured by this tireless explorer of the Southern lands in his super 8 accompanied Tico’s accounts. It was surprising to see the Selk'nam people next to D'Agostini, who knew well how to treat them with respect and to learn from them about their life and customs. A part of that enthusiastic spirit and his love for these lands was also reflected in the likeable director of the museum, who made us feel deeply touched as we bid our farewell. 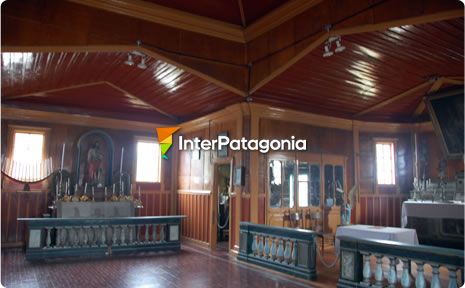 A few meters away from the museum, there lies another treasure of the mission: La Candelaria Chapel. It was the second chapel built by the Salesian missionaries and ever since its inauguration in 1899, it has been preserved almost intact. We entered the silent chamber accompanied by Stella. A wooden altar and a picture of Mother Mary’s Purification known as Nuestra Señora de la Candelaria presided over the place. Next to this beautiful work brought from Barcelona in 1901, there is the crucifix and the statues of Saint Joseph and Saint Francis de Sales, as well as a Sacred Heart carved in wood. To one side of the altar, the small sacristy keeps liturgical garments which used to belong to Monsignor Fagnano, objects of worship and notebooks written by the natives. It also shelters some ancient harmoniums with windbags and an exquisite silver chalice the sea dragged to the shore, right in front of the mission over 20 years ago.

We left the church with its sacred memories from the missionaries and took a ride around the greenhouse, the production sheds and the other buildings housing the agricultural and technical school. Afterwards, following a secondary trail, we reached the old native cemetery, also declared historical monument but closed temporarily due to maintenance works.

As we returned to la Cimarrona, Stella invited us again with some mates, homemade cakes and jams. We talked about the horseback rides and the riding school she coordinates. Had it not been so late, we would have ridden to Cape Santo Domingo or taken a tour around the steppe up to Don Bosco Lagoon, an excellent motivation to pay a second visit to the mission. 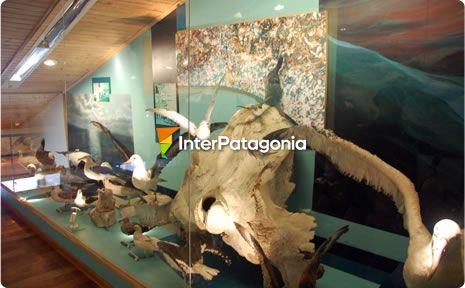