An adventure tour that proposes to cross the snowy forests in a sledge with Alaskan dogs and Siberian huskies.

We reached the ski resort and took the gondola up to the 1,600 platform. In the warm cabin Forest Huskies we were greeted kindly and told us we had to wait a while because the sleds were walking to a family of tourists. We took advantage of the opportunity to talk about this winter activity, which is becoming more and more popular at the main ski resorts.

Pablo Germann, the owner of this undertaking, arrived in San Martín de los Andes from Ushuaia 23 years ago. A pioneer in the use of sleds pulled by dogs in South America, Pablo participated in Pirena, one of the most famous events summoning both dogs and mushers. After this unique tour, her friend and competitor Monique Bené gave him a couple of Alaskan dogs as a gift, with which he began his activities at the resort.

At present, It has more than 60 Siberian and Alaskan Huskie dogs, all well groomed and trained. While I was waiting for the ride to start, I was amused by taking photographs of the children playing with the dogs, as if they were old friends.

Direct Descendants from the Wolves

The team led by the musher would drag the Canadian sled on which I was comfortably seated. It was starting to snow and, as we were getting deep into the lenga forest, the guide told me about the history of these dogs.

The Nordic breeds are used to pulling the sleds and sleeping under the Artic skies.

The Siberian belongs to a polar working canine breed which descends directly form the Artic wolf. Hundreds of years ago, these wolves were raised and trained by the chukchis, an eskimo tribe from the Siberian steppe. Gold hunters bought a team of trained dogs from this tribe and thus introduced the breed in America.

Then can travel from 60 to 70km along frozen trails and bear temperatures ranging between minus 25 and minus 30º C.

Loyal, strong and intelligent, by 1925, they were the protagonists or true exploits when they transported serum to the victims of diphtheria in Alaska.

The dogs run across the lenga forest enveloped in a quiet kind of beauty. The guided only by voice and all of them quickly abide by his command. The musher how to be respected and loved because he has raised them. Arauca and Gama pull at the head of the team, followed by Rayo and Clarita, and Laos and Fénix at the back. As they reach the prairy, the dogs automatically stop for a rest and to pose for the picture. The silence is broken when another sled passes by and the dogs start barking. Jorge's team remains quiet, expecting a new command. We resumed our march.

It was not long until the tour came to an end and the sleet, which was growing more and more intense, would turn the forest into an even more fantastic scenery. Sheathed on the sled, sheltered from the cold, I would have gone on for a couple of hours more, recalling tales and magical stories in the snow. Now I understood the children's fascination.

Timetables: In the winter season, from 9:30 am every half an hour until 5pm.

Recommendations: An amusing ride with the family. Special for the children. Not recommended for pregnant women.Rom the City de San Martín de los Andes, take National Route 40, bordering Lake Lácar, up to the junction with National Route 19, which after 5km gets to the base of Mount Chapelco. 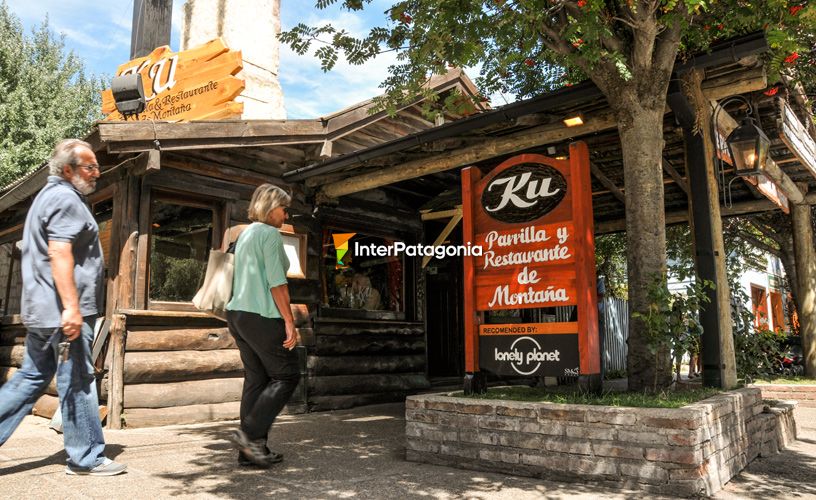 Ku de Los Andes Steak House and Restaurant
The cozy architecture in addition to the painstaking assistance paid by the staff are completed by thirty years devoted to excellent cuisine.