To Chile through Cardenal Samoré Pass

We crossed towards Chile through the Cardenal Samoré Pass. During the tour, we had a look from every natural vantage point in the pre-Andes. 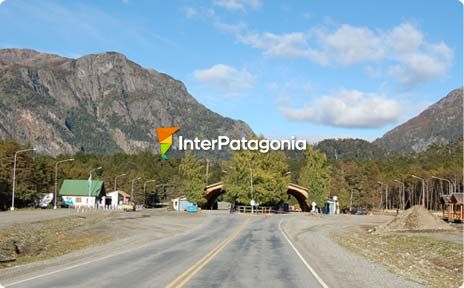 We crossed towards Chile through the Cardenal Samoré Pass. During the tour, we had a look from every natural vantage point in the pre-Andes.

“Long live chicha and wine, long live the cueca and the zamba.
The road has two ends and someone awaits me on both sides.”

The sunrise announced a new journey to neighboring Chile. This time, we abandoned the City of San Martín de los Andes following the Seven-Lake Road, which would lead us straight to the Cardenal Samoré International Pass, ex Puyehue Pass. Behind the mountain range, the Cities of Osorno, Frutillar, Puerto Varas and Puerto Montt were expecting us and we would visit them in a ten-day tour.

In the best Osvaldo Rocha style, we headed for Chile humming the cueca that made him and musician Carlos Ocampo famous. The ocasion was totally worthwhile.

The Seven-Lake Road, or National Route 40, is one of the main tourist corridors in the region. Worldwide known for the matchless beauty of its scenery, there are plenty of breathtaking panoramic vantage points, lakes and rivers along its circuit. 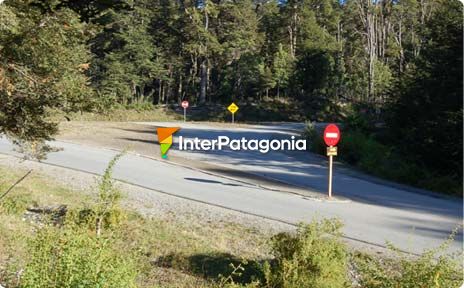 Fortunately, the day was sunny, which made us feel very happy as our eyes would be able to rest on the crystal clear water mirrors lying on both sides of the road. From North to South, Lakes Lácar, Machónico, Falkner, Villarino, Escondido, Correntoso and, last but not least, marvelous Lake Espejo succeeded one another. 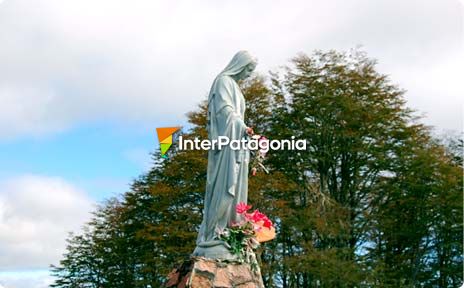 In the Land of the Lakes

Our trip continued with great expectations. As we traveled, one lake succeeded another.

When we arrived in Lake Escondido, we abandoned the pavement and continued our circuit along the rubble road. Mandatory stops were the vantage points above Lake Espejo, where the scenery is perfectly reflected on its waters, turning a photograph into a work of art.

After having traveled around 100 kilometers, we found the pavement again when we turned right into National Route 231, which leads to the Cardenal Samoré International Pass, a few kilometers away. This pass lies at 1,314 m.a.s.l. and is open all year round. It is considered the second most important international pass and offers direct communication with Osorno and Puerto Montt through the Southern Road and with the rest of Chilean Patagonia.

At that moment, the cueca called “Las dos puntas” (The Two Ends) was played again in the car stereo, thus giving more sense to our trip. First we passed through the Argentinian Customs Office and the National Gendarmery. Then, we repeated the proceedings at the Chilean international police department and, before we had expected, we were already stepping on the neighboring country land. 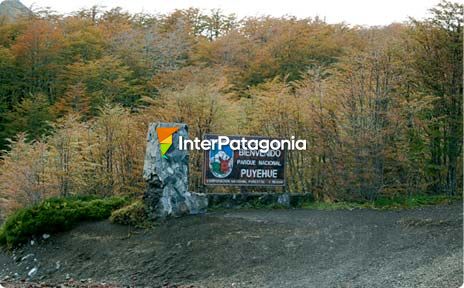 On this side of the border, the road changes its number into 215. Its conditions are excellent. From that point, we began to go down across the native rainforest surrounding the pre-mountain range. Gradually, we started to see sign posts indicating the way to the famous Puyehue hot springs, the Antillanca Volcano with its ski resort and the kilometers left to reach Osorno, where we would make our first official stop. Thus, following don Osvaldo´s rhythm, we let ourselves be surprised by the southern landscapes of this beautiful nation.

“When I head for Chile crossing the mountain range
my heart beats with joy: a Chilean girl awaits me.”

before doing this trip, we recommend that you read our section about customs requirements in order to enter or leave the country.