A must on the coast of Chubut. We visited Cape Dos Bahías and the natural reserve located there and watched a colony of Magellanic penguins. 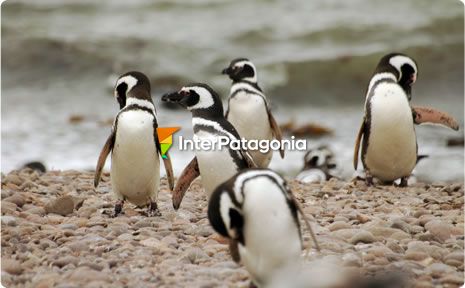 A must on the coast of Chubut. We visited Cape Dos Bahías and the natural reserve located there and watched a colony of Magellanic penguins.

Cabo Dos Bahías Natural Protected Area is without a doubt the most valuable natural attraction in Camarones.
Located 28 kilometers South from the town on Provincial Route 1, it was created in order to preserve segments of land and sea together with its flora and fauna and at the same time to provide a recreational and educational place for visitors.

Touring around it allowed us to appreciate the beautiful landscape of various hues, where the sea, its foam and rocky coasts generated stark contrasts. Also, the cape concentrates an important colony of Magallanic penguins as well as a number of guanacos, rheas and foxes that are used to having pictures taken of them. Under this premise, we left the town following Moreno Street towards the South. 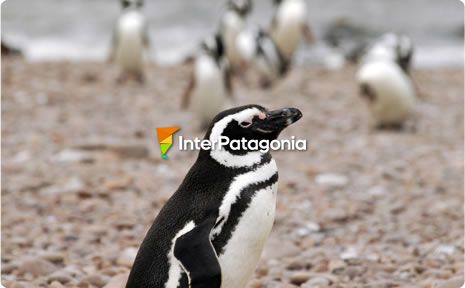 The gravel road was in good conditions but it was best not to go over 50 kilometers an hour to avoid any inconveniences as we appreciated the landscape around us.
After traveling 5 kilometers, we passed by Elola beach, where a free camping site was available. Ahead, at the 11th kilometer marker, we found El Pescadero Beach and at 13th kilometer we found Puerto Piojo. As we headed forward along the Patagonian steppe, the landscape turned rugged and the sound of the sea more intense.

After 18 kilometers, we started to ride along small hills of bright red shades and ocher color strongly contrasting the turquoise blue of the sea. Pulling over at this spot turned out to be an intense and yet peaceful experience.
At 26th kilometer marker we arrived at Caleta Sara, where the facilities of the yacht clubs in Camarones are located. Admission is restricted but camping is allowed by requesting special permission. 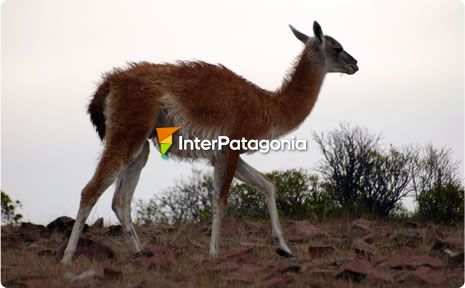 Soon we found access to the Fauna Reserve in Cabo Dos Bahías. After paying the admission tickets, we were led by the local guide along the 400-meter-long interpretation path, where the penguin colony is located.
The path is fenced and it features many sign posts with symbols explaining all restrictions. We walked along watching the hundreds of penguins in their nests or caves to both sides of the path. Currently, there are 30 thousand couples in this area during the breeding season. Then, in April, they migrate only to return in spring and repeat the whole cycle again.

“Both genders defend their nest, incubate the eggs and feed the chicks on fish and squid. At first, the female penguin lays two eggs which take about 40 days to hatch. Generally, only one chick survives”, said the guide at the reserve. 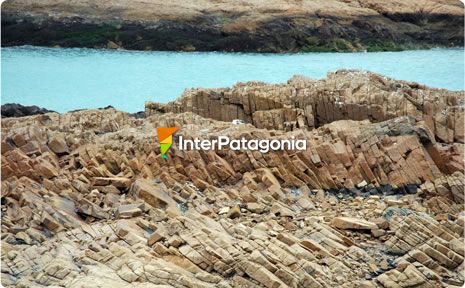 After walking a few meters, we reached the coast, which is delimited by various rocks. The beach was full of penguins. “These birds spend most their time cleaning and sorting their feathers, rubbing themselves with the beak, which contributes to keeping their feathers waterproof”, said the guide walking with us.
A few meters ahead, we were able to see Moreno Island, which houses a colony of South American sea lions, the northernmost in the continent. That was not all, the landscape was nurtured with the hovering of sea birds such as petrels, skuas, cook seagulls and cormorants.

There is no doubt that Cabo Dos Bahías is a unique and incomparable place, where nature has opened an imaginary window for the family to appreciate the miracle of wildlife in these cold Patagonian latitudes. When touring around Camarones, we suggest visiting this unique reserve. 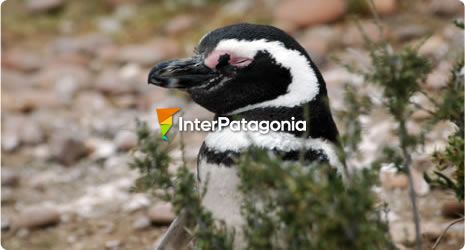 Timetables: The reserve is open during the day since 8 in the morning.

How to get here: Travel 28 km heading South from Camarones along Provincial Route 1 until you reach the reserve.

When driving to the reserve along the gravel road, we suggest low speed, keeping the right hand, following the road signs and using the brakes of the car with caution if necessary.

Activities and Tours in Camarones