A Day Out Fishing in a Chilean Lake

Along with the Segundo Corral region in Chile, the Puelo River area is, for those who are eager to visit strategic sites, a precious trout fishery. 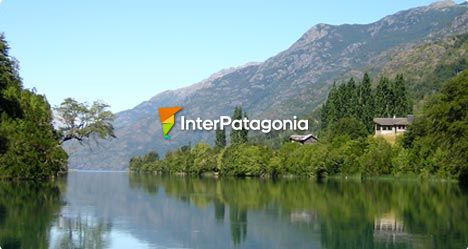 It is a wild region but it offers a wide variety of large specimens of trout and salmon. The Puelo River shows good currents and features typical characteristics of mountain riverbeds.

The steep ravine of the Puelo River looks like an endless wall and is the ideal scenery for fly-fishing. Anglers can get there across the upper Lake Puelo, which receives the waters of the Azul, Epuyén and Turbio Rivers.

We got on board on a 5.5 meter long raft equipped with a turbine engine and we sailed on the lake. It was a cool day and the morning was clear. The side view of magnificent Mount Tres Picos (Three Peaks) greeted us and, on certain occasions, we were puzzled by the magical waters.

In a few minutes, we reached the Class III rapids of the Puelo River. The constant movement of the water and the roughness of the rocks created a sort of unforgettable thrilling effect in this landscape. Even though these rapids are not graded high difficulty, the waters ran in such a way that they moved the raft making this trip more interesting and enjoyable.

Our journey included the border between Argentina and Chile, where we had to carry out the pertinent migration proceedings at the offices of National Gendarmerie and Chilean Carabiners stations. We confirmed what we had thought before: this was a place visited by very few people.

Once we stepped on Chilean land, we arrived at Segundo Corral, at the fishing lodge owned by Kent Schoenaver. There, in a place where we were astonished to see the spectacular environment created by nature, we introduced ourselves and started to prepare all the stuff necessary for our fishing outing. 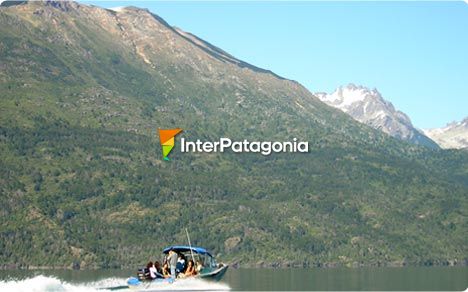 John, a black Labrador very excited about our visit, was waiting for us on the pier. As Eric, the owner’s son, tied up the raft, John looked at us as if he wanted to indicate the way to the house.

This lodge lies on the mouth of the Puelo River, on a small cliff. We chatted with the owners, who told us about their daily experiences with rainbow and brown trout and salmon coming here in search of food. We dreamed and wished that they would be hungry during our fishing experience.

We were invited to get around the lodge facilities, where nothing had been left to chance. The rooms, the living room and every corner of this house were cozy and amazing. The meeting point was the outdoor barbecue area. 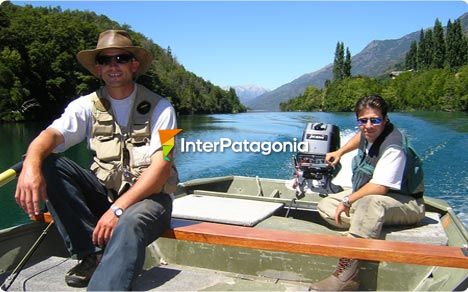 In Segundo Corral, it is usual to welcome visitors with a banquet based on a meat meal with barbecued small potatoes, vegetable salads, juice and beer. Thus, we visited the organic orchard from where they had picked the lettuce later served on the table.

After lunch, the fishing guide suggested that we put our fly-fishing equipment on to get on board and sail westwards where we would start with our first attempts at the “hatching” time.

At first we used floating lines, dry flies and barbless hooks, which were recommended by our guide who knows the site as nobody else. Bites started with the dragging of the flies. We were taking our first steps in fly-fishing in rough waters with white foam and with intense roaring as we went past the ravine. 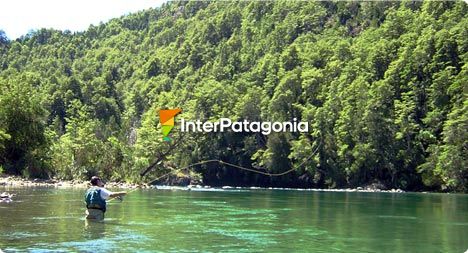 After several attempts on a still motorboat in a river bend, the first specimen showed up. A rainbow trout was caught by the lure called “Chernobyl ant” and then posed for the picture in our hands. The whole maneuver took just a few seconds. We carefully handled it and made the usual oxygenation exercises until it rushed away into the current.

Then, we were moved to the shore to practice some casting. We noticed that our casting was not the best one. We needed to take some lessons.

Once the fly casting session was over, we began our way home. Before saying goodbye, we were delighted by Kent’s personal “show”: he looked for bread crumbs and threw them into the water near the pier and, suddenly, we saw a great number of fish specimens jumping of the water and splashing in an attempt to enjoy the meal.

The sunset displayed its orange shades behind the mountain skyline near the Puelo River, which indicated us that the fishing day in Segundo Corral was coming to an end. So far, we had forgotten the name of the city we came from, our daily routines and even our names. The colorful Valdivian rainforest, the changing movements of the waters and the quietness of the environment were under our skin and would remain there forever.

Timetables: Departure time from the pier of Lake Puelo: 10am

If you are a good eater, we suggest that you should take a lunchbox, as there is no snack in the afternoon.