Rafting on the Fuy River

Getting dressed for rafting, listening to a safety lesson and going down the Fuy River rapids. What else can we ask for? Adrenaline and magic, guaranteed. 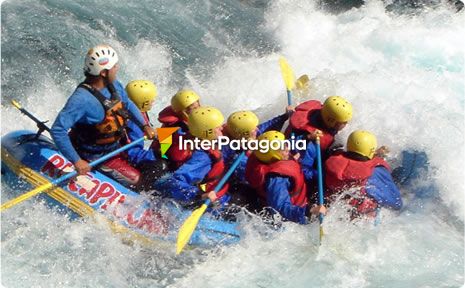 Getting dressed for rafting, listening to a safety lesson and going down the Fuy River rapids. What else can we ask for? Adrenaline and magic, guaranteed from the very moment this place is reached.

The Fuy River canyon outlines a dreamed-of landscape appreciated as soon as this place is reached. The meeting point for the group to get together had been established at the Rucapillan hotel and cabins, located at Choshuenco, on the way towards the river.

During our tour, which took only 20 minutes, we took the International Huahum Route, which leads to Lake Pirehueinco in the company of the singular view of the Mocho Choshuenco Volcano.

Our guides were expecting us on location in order to teach us some rafting and safety techniques. After the lesson, we were divided into groups. We were provided with helmets and life jackets. Then, we got on the rafts that were resting on the riverbank. The instructors made the last adjustments and our adventure on the famous and beloved Fuy River began. 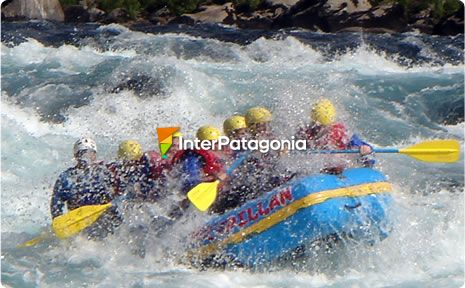 With a blue sky in the background and a very pleasant temperature, we started to paddle quietly, following the instructions given by our guides, who made us practice some safety techniques before we got to the first rapids which we spotted a few minutes after the navigation began.

The Fuy is a mountain river whose rapids have been classified as grade III-IV, that is to say, that going through them demands significant technical know-how. Therefore, adventurers should be alert and obey the guide.

As we got along the waterway, various rock formations caught our attention to both sides. The descent would take approximately one and a half hours up to Lake Panguipulli. 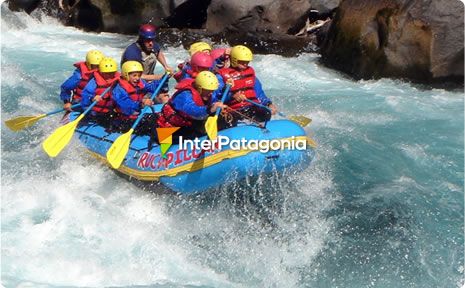 All this seemed very simple, but once we went through the first rapid, adrenaline took hold of each of us and the voyage became more attractive. Our paddles kept moving and the raft was sliding down the river at full speed, causing us to move from one side to the other.

Everything was joy and excitement. Every time we went through a fall, the group would scream with the pleasure that conquering and taming a part of the river represents. Our eyes were now on the next fall. 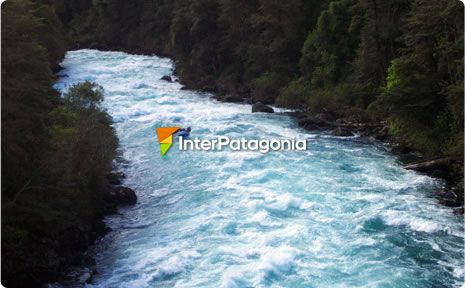 We all became quiet whenever a backwater followed a large fall and let us flow down the magic of the river as we observed the valleys with their native forests and turquoise waters. We confirmed that it was undoubtedly one of the most beautiful rivers throughout Chile to practice this activity.

The high temperature, a typical feature between December and March, was one good reason for us to jump into the waters of Lake Panguipulli once the rapids came to an end. The, we swam back to the raft.

We had defeated the Fuy River rapids. Feeling exhausted but happy, it was time to celebrate this deed. We made a toast and enjoyed a snack on the lakeshore. This singular adventure would remain for ever in our memories.

The program includes transportation, bilingual guides (English - Spanish), snacks, neoprene suit, windbreaker, life jacket, helmet, neoprene boots and paddles. Besides, the group is insured against accidents. The Fuy is one of the best rivers in Chile. Visitors just need to come along and surrender to it.

Activities and Tours in Panguipulli

Hotels and accommodations in Panguipulli