We leaned out into the vestiges of the Patagonian Prehistory: the Mylodon Cave. We learnt about the habits of this herbivorous animal that lived millions of years ago.

Before reaching Puerto Natales, we had already heard about the cave. The locals told us that the remains of a prehistorical animal which was larger than a white bear, had huge claws and a colossal size, especially when it stood on its two rear legs, had been found inside the cave.

Such a description made us want to learn more about the so-called monster of Puerto Natales. We found out where the cave was located and, whithout hesitating, we set out in that direction.
We took Route 9 from the city center and headed northwards. After traveling 20 km, we turned left into a rubble road that led us to the very loins of the cave.

Great was the surprise when we reached that place. The site was declared National Monument by the Government of Chile in 1993. The prehistorical animal received the name of Mylodon as christened by its discoverer, Captain Eberhard, in 1895 and, when we observed a real-size statue of this animal, far from being a monstrosity of nature, we can assert that it even looked likeable.

The truth is that the spot where the cave is located looks like a commercial center. An interpretative museum explains the evolution of this mammal, which would belong to the xenarthra order. As we went out, sellers would offer small mylodons carved in wood as a souvenir to put on a shelf or be used as keyrings -not to mention the posters, cuddly toys and whatever merchandising products you can imagine.

Opposite, stands a pretty restaurant which offers all the services. And, last but not least, an entrance ticket must be paid in order to enter the Mylodon venue.
In the area, three caverns of various sizes and a conglomerate called Silla del Diablo (the devil's chair) stand out. The Mylodon Cave is a natural formation located on the Western slope of Mount Benítez. As we approached the site, we could check its size: 30 meters of height, 80 meters of width and 200 meters of length.

In the inside, we were explained that the Mylodon had herbivorous habits and platigrade gait. Its feeding habits determined the thickening of its dermis over the nasal arch, which along with its powerful claws would enable it to dig out the ground with its snout in search for roots. According to reseach, this animal would move on four legs or on its two rear legs supporting its weight on its thick tail.

The remains of the Mylodon have been found at various depths, which suggests that the cave was dwelled by these animals until they co-existed with the first primitive hunters.
Its extinction was probably due to three factors: weather changes, fighting with other animals for food, and the effect of some diseases.
After going through the cave, posing next to the Mylodon statue in order to take some pictures of the monument and watching the amount of stalactictes pending from the cave roof, we started our way back to the city.

Feeling quieter, I remember that, once in the car, we smiled at all the fantasies we had imagined . What did we expect? Finding some specimen alive, or making a discovery that would unveil some new theory of the site?
Read complete Outing... Marcelo Sola / Jorge González

How to get here: On a private vehicle, leave the city center along Route 9 towards the North. After 20 km, turn left into a rubble road and it is 5 kilometers more to the cave.

Recommendations: Visit the interpretative museum. This will provide a more detailed conception of the place.In high season (October-April), regular trips to this place are organized by transport companies from Puerto Natales. In low season (May-September), the city travel agencies reach this place. 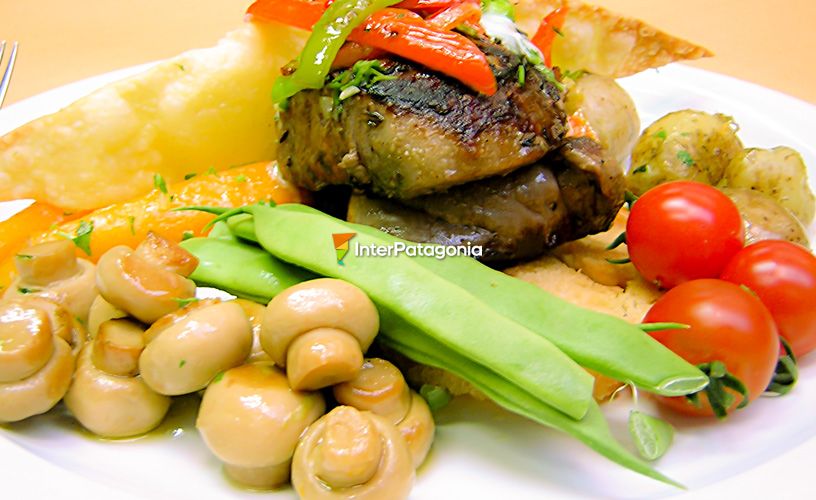 A Delicious Tour
After an all-day excursion, there is nothing better than ending the day with a quiet evening. We ate out in Puerto Natales and enjoyed the aromas and flavors of the Southern cuisine.