The Lighthouse and its Elephants

Among its many attractions, the Punta Delgada Lighthouse has an exclusive beach inhabited by a colony of elephant seals. 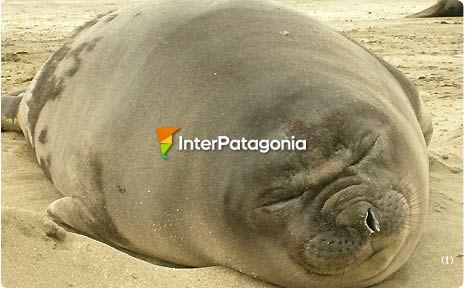 Among its many attractions, the Punta Delgada Lighthouse has an exclusive beach inhabited by a colony of elephant seals.

After visiting the San Lorenzo estancia, we headed for the Punta Delgada Lighthouse in the company of Víctor. Once there, and before tasting a Patagonian lamb that was being roasted at the asador, we approached the exclusive El Arenal Beach in order to see the colony of elephant seals.
El Arenal Beach lies at the foot of a cliff, within the venue of the Faro Punta Delgada country hotel.
More than a hundred elephant seals dwell these shores, which concentrate the largest population of females with their pups in the spring.
Due to the high sensitivity of this environment, access is only authorized to small groups escorted by park rangers and specialized guides from the hotel, who provide all the information about the area.
A steep downward slope separates the colony from the hotel, but watching these fascinating mammals is worth the effort.
It is likely that the elephant seals feel intimidated when people visit the beach. Therefore, it is advisable to walk about crouching. 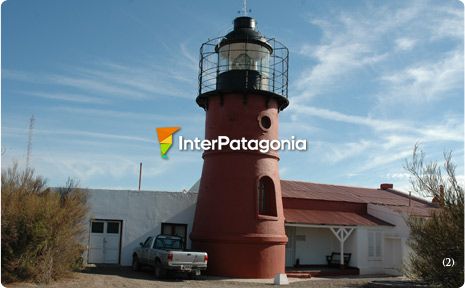 Males are characterized by reaching a weight of 3.5 tons and having a large trunk-like nose. It is easy to spot the sultan owning a harem of 160 females, all of them available for him.
The male ruling over the herd is called Alpha. As there are more than 100 females on this beach, two other males usually called Beta and Gamma with a lower hierarchy than the Alpha are recognized. They are in charge of fertilizing the rest of the females.
They are surrounded by large males with no experience in fighting due to their short age. As they do not have a female partner, these young specimens try to mate with the neighboring females.

The Kingdom of the Elephant

Male elephant seals reach the region in August and settle along the shores of the Valdés Peninsula, from Punta Norte to Punta Delgada. No sooner have they arrived than they mark their territory, which will not be accessed by any other male. If this sector is not respected, bloody fights and cruel confrontations start in order to defend boundaries. These males must remain waiting for the females for a month and may not leave the portion of shore they have marked because, should they get into the sea, their place might be occupied by another male.
When the females arrive on the beach, they are already pregnant from the previous year. The place presents an optimum ecosystem for each female to bear one pup per year. They suckle their pups for 30 days and then are fertilized again by the male. Thus, they spend their entire life pregnant.
The elephant seals may be seen in the Valdés Peninsula until late in November as, after the tireless 3 months they spend in the region, they return to the Falkland Islands, the Georgias, the Orcadas and the Southern Sandwich Islands, where they spend the rest of the year. We stayed there watching them in silence for a while. The petrels felt a little intimidated by our presence at first, but then, they went back to their job and attacked a dead female elephant seal that was lying on the sand. Víctor told me that some days before, the park ranger had witnessed to a fight between two males in which one of them accidentally hit a female who was hanging nearby and killed her instantly.

After that, we returned to the restaurant, quite busy at noon with tourists and hotel guests who want to taste the delicious and traditional Patagonian lamb.

How to get here: After paying access to the reserve, continue along 70km more towards Puerto Pirámides until you reach the beach.

stay at the hotel to relax in this pleasant natural environment.