Whale Watching on Board a Yellow Submarine

There is no doubt that where there is a will, there is a way. A crazy idea came true: when it comes to watching the whales, the best option is to watch them from underneath … 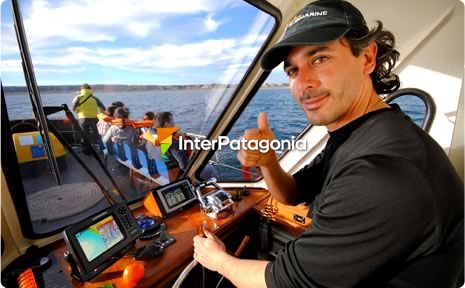 There is no doubt that where there is a will, there is a way. A crazy idea came true: when it comes to watching the whales, the best option is to watch them from underneath …

The submarine could be red, green or blue but it was the famous song by The Beatles that combined this particular means of transportation with a primary color: yellow. Thus, the pun was perfect. 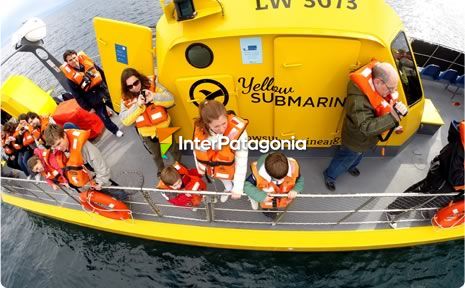 Watching the whales is a unique experience that has kept men awake for thousands of years. The fact that these colossal creatures may approach men to play with them, show off their pirouettes or just out of curiosity may be appreciated at Puerto Pirámides, an emblematic city for Patagonian whale watching.

Quite recently, Southern Spirit has been offering a daily outing on board the watercraft known as Yellow Submarine, which gets deep into the world of the southern right whales. 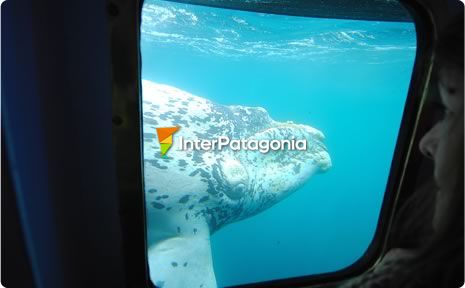 Watching them under the water is an incredible experience, as if we were SCUBA diving next to them. 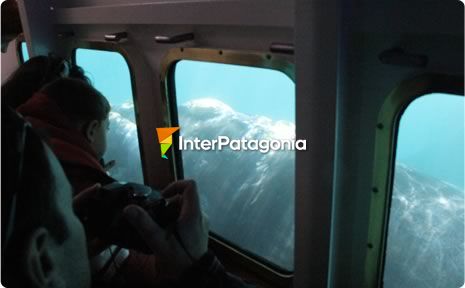 Just like the rest of the whale watching tours available in these seas, the watercrafts approach these huge mammals carefully trying not to alter their daily routine. Their weight reaches several tons and they are certain to delight all visitors.

The engines are off while the boats wait for the whales or other sea species to come near and have a look at the tourists spread around the vessel. Some of the passengers on board the “yellow submarine” make themselves comfortable under the floating line, watching everything through the forty small windows. Others stay on deck, appreciating everything just like during a regular whale-watching tour. 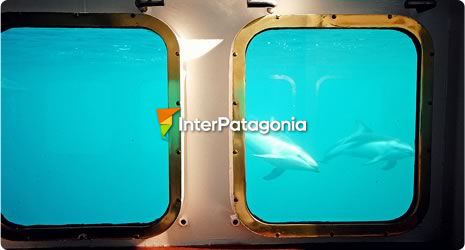 Built and designed especially for this purpose, this job was in charge of Federico Contessi shipyard in Mar del Plata. Not only was it assembled but also transported by land from that district to tiny Puerto Pirámides.

Submerging it was not an easy task. A small dock had to be built for the crew to get on board the yellow submarine. Once that task was over, the craft would set out to sea and the passengers would of course be able to see what happened under the water.

Once inside the submarine, the passengers may move around freely. They may go up and down as many times as they like and watch the whales on the surface or from the submarine cockpit and feel as if they were SCUBA diving next to them. This used to be an impossible task in the past. 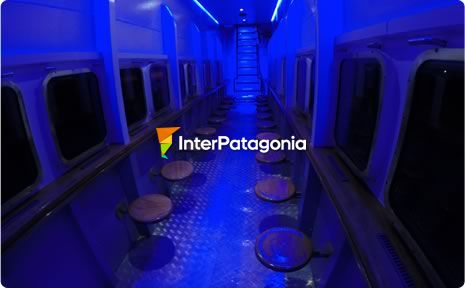 “And our friends are all on board…”

That is the ending of the famous song and it is completely true. More than passengers or tourists, this experience is excellent to make friends for life. After sharing such a memorable adventure, it will be impossible to forget these images ever.