The Punta Arenas Naval and Maritime Museum displays a plentiful collection of objects from the ships that reached these confines.

The past and present of the Province of Magallanes revolves around the stories and tales, some of them tragic and other successful, related to the sea. For such reason, the Chilean Navy resolved to create the Punta Arenas Naval and Maritime Museum in 1994, with the purpose of spreading, preserving and increasing the historical heritage of the Magallanes Region and Chilean Antarctica.

Thus, not only does the museum give testimony of the possession of the Strait of Magellan, but it also expresses how the sea used to be the only communication and integration route of the Magallanes region with the rest of the national territory.

The building housing this institution corresponded to the Chief Headquarters of the Magallanes Naval Station and it was built by architect Bonifetti during 1908 and 1910.

At first, the museum rooms included Naval History, Arturo Pratt, Regional Maritime Interests and the Video Library, as well as a nautical room. In 1998, a new room was opened. It referred to the history of the old shipyard and dry dock which belonged to the Bonacic brothers. These Yugoslavian immigrants settled down in Punta Arenas and built the first shipyard not only in town but also in the entire southern region in 1896. Nowadays, the museum displays a scale model and replicas of this building.

With over 1,613 pieces, the venue also shows the remains of shipwrecks and ships, such as the vestiges of the English Doterel corvette -which sank in 1881 after a spectacular blast-, ancient navigation equipment and maritime instruments, to name some objects.

In addition to the historical, technological and biographical collections, the museum also organizes artistic exhibitions.

Timetables: From Tuesdays thru Saturdays, from 9:30am to 6pm. From June to September, it closes at 5pm. 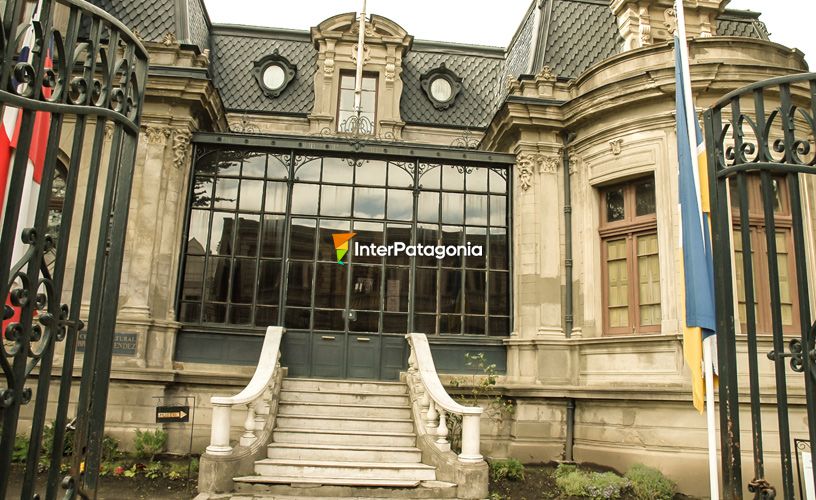 Past of Glory
One of the most sumptuous residencies owned by the pioneer Braun Menéndez family today houses the Magallanes Regional Museum.