Leaving north of Punta Arenas, the wild expedition takes us through the mostHighlights and representative of the Patagonian fauna and its natural habitat.

We are looking for the largest condor colony in Chilean Patagonia, on Palomares Hill, 78 km north of Punta Arenas. On the way we will know about the flora and fauna of this region by the help of expert guides. The wild environment includes guanacos, deer, foxes and a number of incredible bird species.

In search of the imposing condor

The landscape becomes surreal in these sparsely populated lands, where wildlife has its maximum splendor. Among the inland mammals the guanaco stands out, from the family of camelids. These expressive-eyed animals can climb rocky terrain easily and live in packs. The elusive and agile huemul, which inhabits the Magellanic mountain ranges, is a solitary animal, an icon of Patagonia and Chile itself. The huemul inhabits the lengas forests and shrubby environments.

In the arid steppe zones inhabits the culpeo fox, another solitary bug that prefers dense forests to rest and open fields for hunting. The squeaky or gray fox is another species of Chilean foxes and easily adapts to desert plains and to mild benign climates. Other small mammals are chingue, a species of skunk with a robust body, colorful tail and bristly mane; the armadillo piche, which inhabits the sandy terrain of southern Patagonia, and the furry quirquincho, the mammal with a shell as prehistoric as it is curious.

Among the land birds, the ñandú, also known as the Patagonian ostrich or choique, lives in the Chilean Patagonian pampas, among the grasslands. They are splendid birds runners but little graceful for the flight. They are smaller than ostriches, with a brownish gray plumage, and can be seen in large groups. In the lagoons and mallines we can observe black-necked swans, flamingos, cauquenes ...

We arrived at Palomares Hill to approach with a simple walk to the place where the Patagonia condor lives, without disturbing its natural habitat. It is another iconic animal for Chileans and the largest flying bird. Its wingspan can reach 3.5 m. They are not hunting birds, they feed on dead animals, along with other scavengers such as tiuque and carancho. They nest in the rocky walls of the hills and in the caves with vertical walls.

The regions of Aysén and Magallanes concentrate most of the population of these birds, so it is a safe walk to observe them, at any time of the year. However, weather conditions favor the experience from September to May.
The excursion departs from Punta Arenas and warm clothes and comfortable shoes are required. A different trip every time because Patagonian wildlife always surprises. 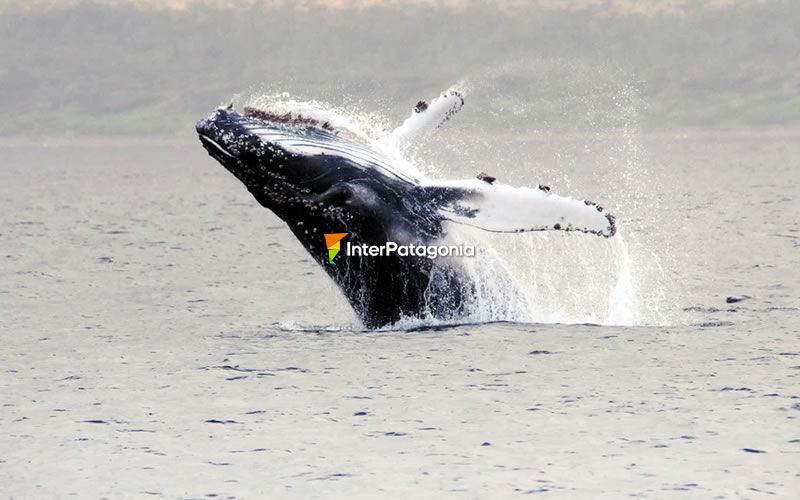 Whales Sanctuary
Punta Arenas is the beginning of this trip to the natural paradise of whales. The expedition is introduced through the Strait of Magellan, the southernmost region of the continent.