Lying 22 kilometers away from Trevelín, on Route 259 and framed by Valle Hermoso and Mount Gorsedd, we can found an ideal museum for first-time visitors to the city. 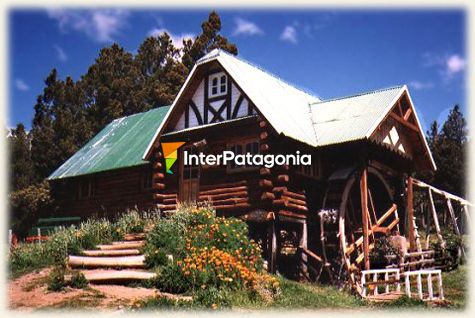 Lying 22 kilometers away from Trevelín, on Route 259 and framed by Valle Hermoso and Mount Gorsedd, we can found an ideal museum for first-time visitors to the city.

This museum has a lot to show visitors. It is made up by a replica of the old family and semi-industrial mills that populated the region in the late nineteenth century and until almost the mid twentieth century.

Built by hand by the early dwellers of Trevelin, its aim was to help in the making of whole-wheat flour to provide supplies to several families using techniques that date back to 2,000 years ago.

Various elements used on a daily basis in the Welsh homes can be appreciated inside. For instance, musical instruments, a phonograph, sewing machines, period agricultural machinery and carts. It is the testimony of the history of the first Welsh colonists that reached this area in the late nineteenth century and named and gave life to this small population that keeps gaining more and more enthusiasts from all over the world. The hard work done by the colonists turned the dry soil of Chubut into a prosperous wheat zone as a result of the numerous irrigation ditches built. Thus, they came to produce high quality wheat and were awarded international prizes in the Cities of Paris (France) and Chicago (USA).

Nevertheless, an unfortunate political decision established that the area lying south of the Colorado River was “non-wheat zone” in 1949. This gave origin to the decline of flour mills and agriculture, forcing local denizens to turn to cattle-raising and, nowadays, to tourism.

The museum keeps a window open to flour and wheat past.