In a nook close to Villa Traful, our spirit vibrated with the energy produced by an environment of various hues of green and huge stones steps that give shape to a magnificent waterfall. 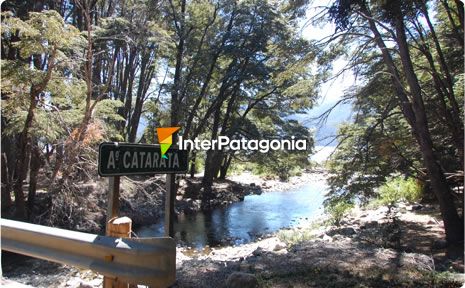 With very little effort and much pleasure, in a few minutes we reached the cascade, after crossing an ancient thick coihue wood not to be missed.

“You should not miss it!”, was the advice we got from a group of enthusiastic tourists. We learned from them that the path to Co-Lemú Cascade was easy and fast. The rest was for us to discover.

Some hikes are physically demanding and let us give free rein to our need to walk. Others, especially those in the mountain, incite us to see what is up there and they are generally slower, as the slope represents quite a challenge.

“Co Lemú” stands for “water in the forest” in the Mapudungun tongue (the soil’s tongue). As we reached the area where the trail starts, we searched for the announced red marks painted on the tree trunks and began hiking across a plain woodland.

Our steps would make a soft sound on the mattress of the tiny leaves lost by the trees during the fall. Their golden shade tinged the environment. Every 50 to 100 meters, we would find a red mark and spot the next one. We were on the right path. 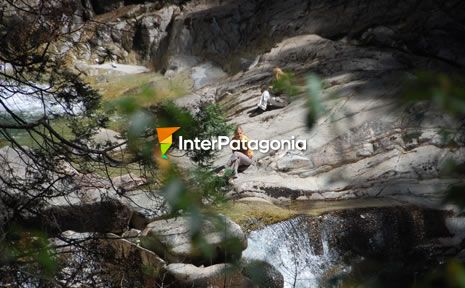 The trees lying on the ground due to the winds or snowfalls would show their wounds. Their wood, eaten by time, would provide food and shelter for the insects. Inside, the logs featured an intense reddish shade different from the usual one, in spite of having lost their sap.

As we walked on, the creek would run almost silently to our side. We had to go over a kind of gate already foreseen in our itinerary. The sunshine filtered through the trees and highlighted the golden hues.

Afterwards, it was time to climb up a narrower trail among the trees. In some cases, the roots acted as natural steps and the lateral branches as a support to clamber. From there on, we could only go up. Each of us followed our own pace.

Wherever it turned out to be necessary, the park rangers had done an exceptional job to “tidy up” nature. Everything was available for us to take this tour.

We saw the first waterfall in a clearing. The sound was louder and the pool where the water fell was small and protected by lots of vegetation. It was very murky. 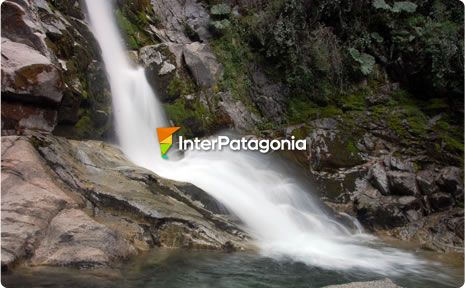 Let There Be Light...

We continued climbing to our destination, where we appreciated the water falling from the mountain and giving shape to a high cascade. Lots of foam and mist would create a rainbow refracting sunlight.

We sat there for a while to watch the cascade from several angles and felt the mist on our faces. The walls of rock were covered by hanging vegetation, typical of moisturized areas. Ferns, nalcas, mutisias were part of the green environment. 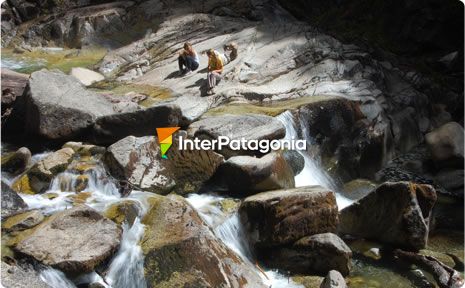 The cascade emerged between walls of huge basaltic rocks and would break into several water threads that reached the pool. It was one only huge rock, like a slide over which the water slithered.

Resembling a small natural amphitheater, the cascade was always in front of us, no matter where we stood. We raised our eyes and could barely see the sky, as the trees were so high that the canopies would prevent us from having a clear sight.

Among enormous rocks, the creek would flow violently down up to the shores of Lake Traful, which it reached almost without any strength.

We resolved to make this tour the talk of town in order to encourage other visitors to enjoy this wonder that appears only in some local brochures.

Level of Difficulty: Low. In the last stretch, the view of the cascade is good from several angles, even without any need to climb up the most complicated spots.

How to get here: Take Provincial Route 65 towards the 7-Lake Road. After 8 kilometers, visitors will reach Catarata Creek. A sign by Nahuel Huapi National Park identifies the trail.

It is recommended to use a cane or a staff as a walking stick.