An Exceptional Artisan in Traful

Jorge Virasoro is an exquisite creator who chose a faraway nook in the village to settle down his workshop and devote his life to carving unique pieces in wood. 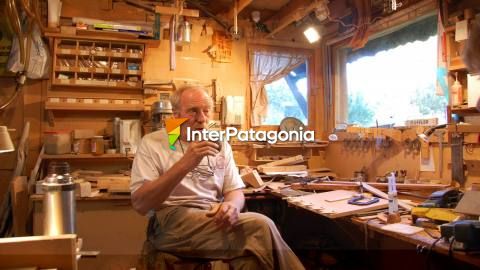 With dedication, passion and without haste, this creator manages excellent wood pieces that make up his pride and wealth.

In a magnificent environment, Jorge Virasoro has settled his house and workshop, not far away from the center of the village. But this neighbor of Villa Traful does not walk the streets of town often.

He has a wonderful forest in the background and a meadow overlooking Lake Traful in front of his house. His cabin has everything he needs. Nothing more. A few meters away, his spacious and well-illuminated workshop over the creek identifies him with his daily task: creation.

A woodcarver, he stands out for his way of working this material and for the time he devotes to each element. His workshop contains no finished object but many materials and countless drawings, the previous step for each work.

Sharing some mate, we had a chat with him as he continued working. In the background, classical music sounded in the strings of a violin.

We heard his opinion about the Ruta de Artesanos project. Jorge confirmed he supported the initiative of some 5th year students from the local high school to develop their ideas.


As he enhanced a piece of wood that would become part of the finished work, the exquisite music would complete the scene. He enjoys the natural environment and managing the best streak, the best polishing work and a perfect adaptation for each element. 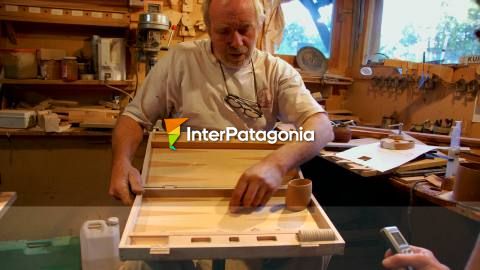 He considers himself a hermit but accepts he has friends who have always helped him. A health problem and weariness prevented him from carrying out his original activity in front of a building company in the big city. In Traful, immersed in a family atmosphere beside the fire, he developed his hobby. By carving a radal stick with his penknife, he managed to create several simple pieces and that was the first step towards a life change.

He started this activity in 1992. At first, he gave away his work as presents for his friends. Afterwards, he gradually began to sell his pieces and organized shows successfully.

His greatest pleasure is to do different things everyday and imagine new formats for his pieces. Thus, he plans and draws every work, every concept, before starting a new job.

His pieces always feature some outstanding detail. This means long hours of dedication and that is his enticement, as he abhors routine. He is not interested in mass production at all.

In his hands, we saw what would become a backgammon box and the several pieces that would make up the game once the different kinds of wood had been assembled. Each of them would contribute their color, their particular streak and even the hinges of the box would be made of wood. 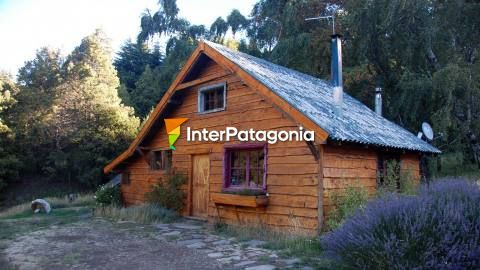 His work is based on trial and error and he assures that nothing is done halfwayjust becausecarelessly. Of course he has saved secrets in his career and he certainly uses them in his creations.

He is enthusiastic and affectionate. He talked to us about his love and respect for the profession he chose. For personal principles, he does his best as far as time, art and good stationed wood are concerned so as to fulfill his aim.

“A computer? Yes, I have got one. It lets me store and revive all the works that I’ve had in my hands. I feel proud of them because I took long days to cut, polish and assemble the little pieces. I also store hours of music without which I would not be able to breathe”, he told us with a certain kind of energy in his words.

We let him speak at length about “carpenters” and “craftsmen” and about the sense of both professions. His finished pieces, his four children and grandchildren are part of that private collection to which only he has access.

We would have d to continue chatting, as his company was really pleasant.

His surname is Basque but he has German and Scottish roots. We left his workshop, where he lives for his creations surrounded by an unbeatable kind of nature.

The deep sound of the English horn came out of his audio equipment. The aroma of the wood bade farewell to us after having shared such an unforgettable moment with an artist: Jorge Virasoro. 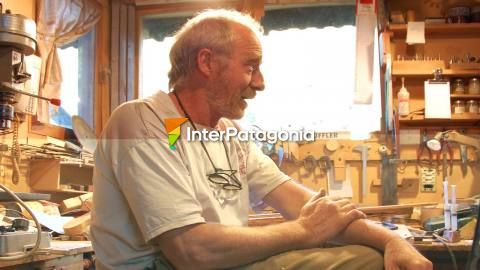