A railway station is the venue for a modern science and technological development museum. A fascinating interactive exhibition that summons both grown-ups and children. 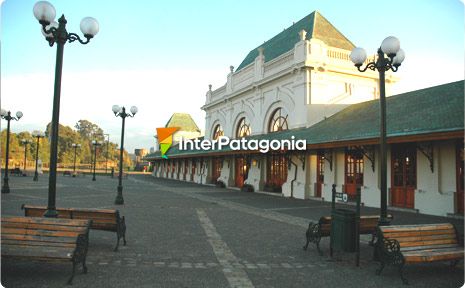 A railway station is the venue for a modern science and technological development museum. A fascinating interactive exhibition that summons both grown-ups and children.

From an Old Station to an Interactive Museum

The old railway station, perfectly recycled today, shelters a treasure that may be visited everyday. A sign welcomes us to the first and only Science and Technology Interactive Museum in Southern Chile.

Ever since its creation, the new Osorno Museum, as referred to by the locals, has had only one target: serving as an inspiration for the cultural development of the entire community of Osorno, offering an alternative of permanent education interesting not only for children but also for adults.

Science is an essential cultural expression in all civilizations. Knowledge of the universe and the systematic organization of learning has a value that cannot be measured just by its results but also by its methodology and ways of representing the world. Learning to interpret it. 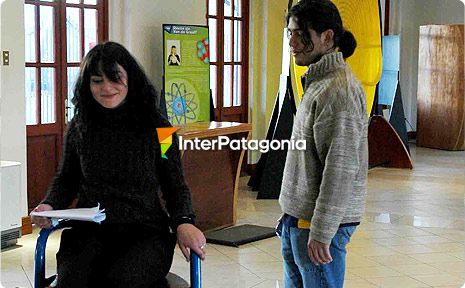 While touring the museum, the visitor travels through the theme stations which, by means of interaction and participation, provide a vision and a journey to the fascinating world of science.

Students from various schools from Southern Chile may manage a real conception of the values and the scopes of science in the past and present world, in its relation with the natural and social aspects and the preservation of the natural heritage.

For such purpose, the museum provides polite guides that explain each scale model, design and project invading the rooms and conquering the audience.

Built in 1917, this beautiful railway station toured today by hundreds of children every week, as well as the Fermín Vivaceta Square, was redesigned by architect Manuel de la Fuente.

Once the beautiful works were finished, the old and abandoned station which welcomed the first train in Osorno acquired an attractiveness of its own.

For the second time in history, the building is part of a merging process between science and development, edcation and integration of man into a territory beyond its geographical space: the territory of learning. Thus, the “old railway station” plays its role again in a new transportation network, virtual and palpable at the same time. 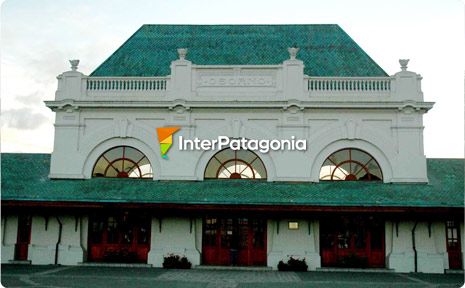 -Crash swing: trigger the spheres and watch the phenomenon.

-Aerodynamics: place the ball and maneuver the module. Observe what happens.

-Plasma spheres: demonstration of electrical discharge phenomenon inside the spheres.

-Come close, talk or clap your hands and watch the phenomenon.


-Pulley system: use the ropes to lift the weights and compare the strength to be applied.

-Electrical crane: operate the crane and manipulate the objects to see the strength of electromagnetism.

-Our solar system: a model that shows the sizes of the sun and the planets in relation to the Earth.

-Speed of sound: talk and listen how much time your voice needs to travel a 100-meter distance.

-“Slinky”: watch the propagation of mechanic waves through an elastic body.

-Optical distortion: look at yourself in the peripherical mirrors and watch the distortion of the image into curved shapes.

-Magnetic field: place the magnet close to the TV screen and watch the distortion produced.

-Infra-red camera: the human eye cannot see in the dark. Watch the image delivered by a
camera sensitive to infra-red rays.

-Foucault's pendulum: recreation of the famous experiment that proves the rotation of the Earth.

-Ecological scale: watch the effect of paper consumption on our forests and tree plantations.

-The human body: a model that shows how our body works, layer by layer.

-Microscope: two instruments to give the same look to a world invisible for the human eye.

-Ants: watch how ants live underground and how they organize their habitat.

-The tunnel of the senses: a multimedia experience with sensory experiments.

-Microclimate: a computer regulates the weather in this terrarium. Watch the performance of sensors and intruments.

-Tectonic plates: a didactic puzzle where the right pieces must be identified and the corresponding plates put into place.

-Geological: is it organic? Is it a mineral? Test your knowledge.

-Volcano: the operation of volcanoes in a didactic scale model.

Timetables: During the daytime

How to get here: The M.I.O (Museo Interactivo de Osorno) works at the old railway station located at 901 Diego Portales Avenue

Take your time to visit it. There are so many interesting things to see and listen to that the museum deserves special dedication. If you are short of time or have just a few hours to spare, come back some other day in order to enjoy it.