Known worldwide for its white waters, you can experience grade III and IV rafting at the Trancura River. Entertainment guarenteed both for beginners and experts.

The first thing I wanted to do in Pucón was the Trancura River rafting. This is the most popular river to practice this sport, not only for its clear waters rapids but also for the beauty of its natural environment.

I contacted Willy from Sol y Nieve, who immediately made a reservation for me. The following morning, with my bathing suit on and some sun protection, I was at the O'Higgins office to meet the guides. After getting the equipments on the vehicle, we traveled 15km away from the city until we reached the white waters of the Trancura River.

It is one of the most important rivers in the Chilean Andean area and the main tributary to Lake Villarrica. It starts in Lake Quillelhue near the Lanín Volcano, right in the border with Argentina, and some kilometers downstream, as it receives the flow of the Turbio and the Licura Rivers, it produces great waves. Its course, over 30 meters wide, flows from East to West winding across a wild scenery, surrounded by ravines and valleys. Between Catripulli and Llafuica, just like in the areas surrounding its mouth, sport fishing may be practiced. And since 1987, river rafting of various levels of difficulties has been practiced here.

The lower Trancura has grade III rapids and represents a good option for beginners and families that wish to have fun with their children during one and a half hour of adventure in the river.
The higher Trancura is much different. And that was our choice.

For the Most Intrepid

No sooner had we reached the riverside than the guides divided us into two groups and helped us get ready. With our neoprene suit, our boots, our life jacket and our helmet on, we listened to the brief technical speech given by our guide called Jorge. Ginny, Pete and Nilam, three American guys who were spending their vacations in the South of Chile, were in my team. As we all had some rafting experience, we just reviewed the general instructions and Jorge told us about the characteristics of the river. The higher Trancura starts softly but the rapids gain more strength as the river flows along.

We were ready and eager, so we started to paddle. I was sitting next to Ginny, boasting about our courage, but we knew it was going to be difficult and that we would spend three hours in the river.

The safety kayaks escorted us and, as we practiced the maneuvers, one of them tried to make me fall without success. I was hoping to be as lucky with the river.
The first rapids did not present major difficulties but in the following stretches, the current was quite strong and it was hard for us to dominate the raft. We managed to overcome the irregular areas with slopes and rocks coming out from the water course thanks to Jorge, who was leading us and demanding that we solved the maneuvers skillfully.

When we were getting used to the rivers behavior, we made it to the final part, also known as the Last Sigh. Quite technical and with deep pools, we managed to pass through the rapids but, afterwards, Jorge explained that the last ordeal was quite dangerous because the level of water was relatively low and we could get stuck. Therefore, we approached the shore to finish the tour and continue bordering the Trancura on foot carrying our paddles. Jorge took the raft and continued on his own without major problems.
We met at the base on the riverside, exhausted but fascinated with having surpassed the higher Trancura.
Without any doubt, I will go on this classic tour again as soon as I return to Pucón.
Read complete Outing... Karina Jozami / Eduardo Epifanio

Duration: 5 hours in all.

Timetables: At 9 and at 4, from December to March.

Recommendations: If you have never done rafting, choose the lower Trancura. The higher Trancura is for experts and only for people over 14. Do not worry about the equipment. Operators generally provide everything that is necessary. 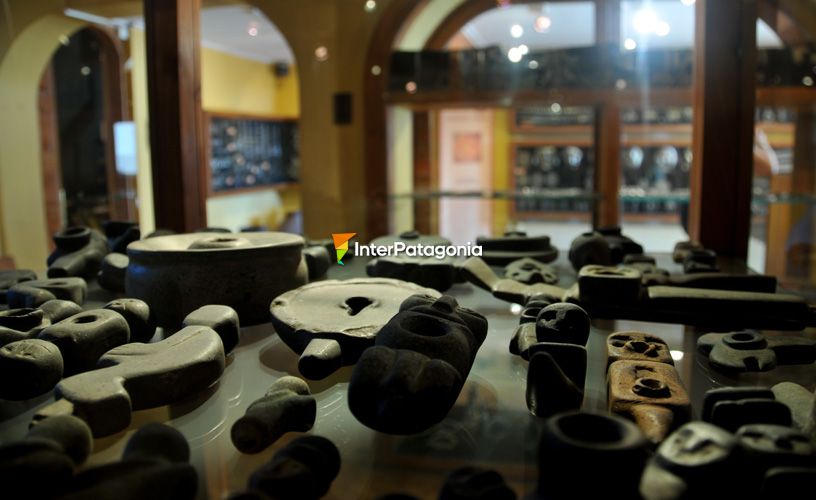 Towards the Mapuche Museum in Pucón
Each of the objects on display has its own interpretation, a symbolism, and they all refer to an ancient race that featured a higher cultural development than other native communities.