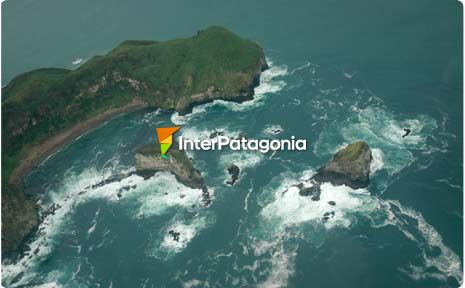 The idea was still pending from our previous meeting. Flying over the mysterious Pacific Ocean and the surroundings of Chiloé Island (Ancud, Castro and Quellón) made me feel specially interested.

For the Argentinian, the Pacific lies “on the other side” and becomes something distant, almost unreachable. Therefore, our conception of it is quite different from that of our familiar and beloved Atlantic Ocean.

We imagine the Pacific as rocky, violent, deep, blueish, with mysterious islands such as Easter Island and even some unspoilt islands still to be discovered, dwelled only by sea lions, whales and giant birds.

There is something of all that and nothing at the same time. The Pacific is an ocean unlike all oceans and in the Lake District area in Southern Chile, it acquires the features attributed to it in the geography books all round the world.

We left from the Puerto Varas airfield, but we could also have left from Puerto Montt. After nearly fifteen minutes, we had already spotted Lake Llanquihue, the Osorno Volcano and we had just left behind Angelmó harbor and labyrinthic Puerto Montt, with its streams, islands and estuaries, which open their way towards the large ocean.

At the Lake District, and especially on Chiloé Island, flights started by necessity rather than by pleasure. The island did not have the roads it has today and the only way to keep it connected with the continent was through navigation.

However, when there was some emergency or health transfer, it was necessary to move more quickly. That was the beginning of civil aviation. Flights became available when required by the the Chilean government. 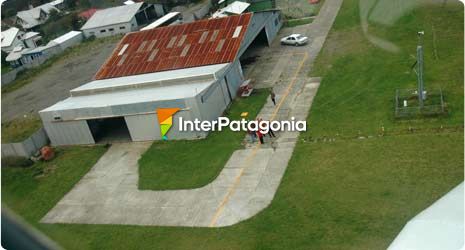 Thus, the authorities began to sponsor business flights, transfer of patients or flights to put out forest fires and perform unexpected evacuations.

The truth is that excellent pilots began to be trained on the island and therefore not only did the number of pilots increase, but also more planes were purchased, which determined the creation of several airfields where lessons were and still are given.

The Castro airfield, located almost in the center of the island, is one of them. It was there where we landed after having flown for almost two hours not only over the blueish and wild sea, but also above various points on Chiloé Island. 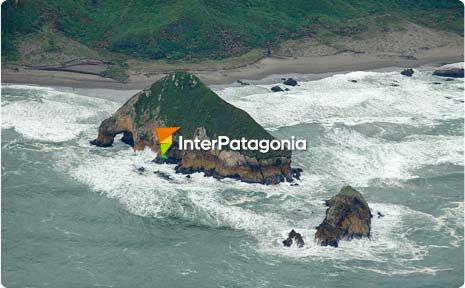 The most colorful sights were the city of Ancud, located on the northern end of the island, and the green lung seen from the air which has been called Chiloé National Park.

The flight continued bordering the ocean until we got into the island again and, after crossing several lakes, we reached Quellón, where we began to go up North across the map following the road that joins this southern city with the center of the island, until we finally landed.

Castro is beautiful from the air, but when the plane began to descend, we could see it becomes a paradise on solid ground. The palafitos and the color of the houses look like a dream. We had already made out its churches, its vegetation, its roads and its main square from the air. But now, they looked different, as if they were not the same. As if we had not seen them before. 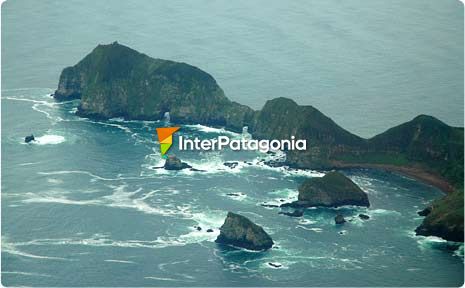 All the salmon industry can be seen from the air. The giant boats, the pellet factories (salmon food), the small crafts and boats that take part in the activity as well as its one thousand men who seem to be the protagonist of the show are something magical from up there.

The island’s national park, where quietness is only interrupted when the wild ocean seems to splash it with water and wind, is appreciated in silence from the heights, without any mediators. In the meantime, we felt how our plane acknowledged small signs of the interaction of the elements of nature in Chiloé, which remains unspoilt.

I will always remember how the plane landed on the historical strip of the Castro airfield and how the pilots kept intact the same fascination they had in 1946 which, under heavy rain, made them dream that everything would look different from the air. 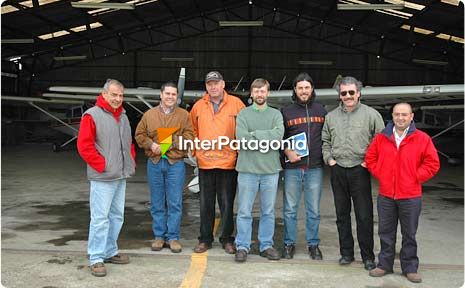 Various tourist flights leave from Castro Airfield towards the local attraction areas. The most outstanding include the very City of Castro, the Lemus Islands, Point Detif, Quehui and Chelín, Quinchao, Achao, Curaco de Velez, the Dalcahue Channel, the Rilán Peninsula and Putemún. Other air attractions include flying directly above the Chilean fjords, the Pacific Ocean and the Chiloé National Park. In our case, the flight enabled us to have a general panorama of each of this sites, which turned out to be excellent.

Activities and Tours in Puerto Montt

Hotels and accommodations in Puerto Montt