During a day in the open air that lasts until the crack of dawn, peasant families share their cooking and cuecas while singing and dancing.

One of the main attractions at Puerto Montt is its proximity to seaside and inland villages that still preserve their well-rooted customs. In February, Río Chico celebrates its Lamb Festival, during which the most highly coveted typical dishes are served within a joyful occasion.

We came close to the site where the festival was being held bordering the sea first and then getting deep into trails with lush vegetation and amusing slopes. We observed old sheds, churches and other very ancient constructions: vestiges of the German immigration.

Before we even arrived, the music was heard and the smoke from the fire pits could be seen. As we accessed the ample green plain, we discovered the stage and the attractive group of food stalls. We perceived a tempting aroma coming from the neat and clean cooking posts hosted by women. They were offering their specialties and tables sheltered from the strong sunshine.

The ladies had prepared the typical empanadas filled with lamb or seafood and lamb and luche casserole. Luche is a seaweed which is added to homemade dishes. It is very tasty. The men were devoted to roasting the lamb on the horizontal stick. Slowly and turning the handle to make it roll and be cooked in an even fashion.

After midnight, we made ourselves comfortable under a tree and shared our servings of lamb roasted in the stick, anticuchos, empanadas and delicious milcaos. We tasted chicha, a sweet home-brewed non-alcoholic drink made with apples which we found exquisite.

Music, voices and the presence of various groups of dancers -some of them well-known by the attendants- came to us from the stage. Everyone applauded and joined in the popular dancing when the group known as Amaneceres del Sur invited us to share cuecas, correteados and valseados.

We had a chat with the hosts and one of them told us some secrets to roast the lamb on the stick: "Before stabbing it with the stick, it must be marinaded with good homemade brine, which should be added several times during the cooking. The fire must be low at first and strong in the end so as to brown it. Thus, it must be cooked for three hours, during which the cook will take advantage of time and enjoy a glass of wine with the friends who have come along to help.

Even if this festival has been celebrated for one decade already, for us it was quite a finding. We felt that sharing that moment with the community of Río Chico enabled us to enjoy one of the most highly appreciated traditions in southern Chile.
Read complete Outing... Mónica Pons / Eduardo Epifanio

Recommendations: Leave town and follow the shore along Route 7, heading for the Chamiza River. Turn left before crossing the bridge. Drive on for 7 kilometers more bordering the river and turn left again before the bridge into a gravel road that leads to the venue. The total distance to be covered is 18 kilometers. 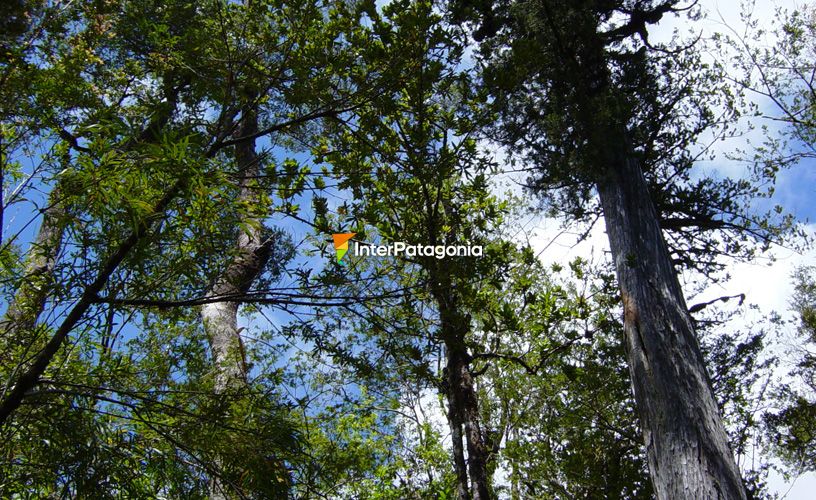