Leaving Puerto Montt and taking the southern road, the Alerce Andino National Park is reached. The last 20 thousand hectares of an ancient forest rest there with a lot to teach us.

The Alerce Andino National Park is a real piece of natural heritage of mankind. It occupies 40 thousand hectares, out of which 20 thousand correspond to alerce forests located in the mountain areas corresponding to the Chilean Lake District.

It is said that the alerce tree is always green. Its bark has a chestnut color, its wood is reddish, soft, light and impermeable; therefore, it never gets rotten.
It was formerly used for the building of houses, overseas boats and even aircrafts. Watching the façades of the houses of the south of Chile is enough to realize that their walls and roofs are covered in small tiles. All of them have the same size and are made of alerce woods. They are known as alerce tiles. Even if they are attractive to the eye, today they are a clear sample of the irretrievable damage made by man in nature.

The alerce only grows one centimeter every fifteen years; however, these trees can surpass fifty meters of height and live over 4,000 years. There is a reason for them to be called open books, as their large grains let scientists read the climatic and geological changes that have taken place during the last few thousand years.

Nevertheless, and even if it turns out to be paradoxical, although the alerce is considered by everybody as the venerable old being in the southern forests, its wood still continues to be used by the wood industry. And out of the 260 thousand hectares of alerce forests still alive, only 42 thousand hectares are under the protection of the Chilean State.

Reconstructing the Weather from the Past

Thanks to the alerce, a Chilean scientist called Antonio Lara was able to find out what the weather has been like in this part of the continent. All this, despite there are no meteorological stations dating from more than one century ago.

The thing is that, as a result of its longevity, the alerce is considered vital for the understanding of processes such as the weather changes or even the global warmth affecting the planet; and just today it has started to be part of the public policies of the Nation States and the thousands of ecologic associations distributed all through the world.

And so important has this research been that the scientific paper was published by Science Magazine, where reference is made to the alerce as an open book, and according to the expert- the environmental history of this planet is written in all its rings. It is like a puzzle built from living and dead trees.

Like the rest of the trees, every year the alerce trees form a new layer of wood under their bark (known as rings), which reveal if in the past the weather was cold or hot, rainy or dry. As a consequence of all this, the disappearance of the alerce would deprive mankind from unique information necessary to establish how the world weather has changed and continues to change. Its rings, it goes beyond saying, are the oldest of them all.

Apart from the dense vegetation of the area, lagoons and lakes hide amidst the mountains and forests. Thus, reaching these sites through the countless trails that cross the entire park becomes one of its major attractions.

The possibility of watching local fauna typical of the south of Chile is another maxim to which the visitors who go through this forest aspire. The pudú or Chilean deer, cougars, güiñas, foxes, vizcachas and monitos del monte are some of the mammals that tourist usually come across during their strolls. Among the birds, the condor, the black-bodied woodpecker, the huet-huet, the kingfisher, the Harris hawk, the mallard, the upland goose and the eared dove may be spotted. Just like in the entire lake district, the fish species include the perch, the zebra trout and the rainbow and brown trout.

Strolling and navigating are the two great activities developed inside the park, which obviously allow visitors to explore the flora and fauna in a completely natural state.

Maybe that is the reason why this tour is chosen by those who enjoy relaxing by approaching sites of great beauty and totally free of mans presence, which means that pollution does not exist or is practically absent.

Humid beyond comparison, with special colors and odors, its untouched forests, its high mountains and navigation on canoes across some of its countless lagoons, this site allows visitors to get deep into the heart of the National Park which hides in its interior the ancient alerce the real Lord of the Rings.
Read complete Outing... Pablo Etchevers / Sur Marino

Level of Difficulty: Low and medium.

Duration: ½ day and all day.

Recommendations: The best time of the year to visit this place is from November through March. An essential piece of information is that it has a forest ranger that may help visitors during their tour. Wear comfortable clothes and even some kind of waterproof equipment or windbreaker, as it is constantly humid. Bringing your camera is mandatory. From Puerto Montt, take the southern road and, after 39 kilometers, you will reach the entrance to the Alerce Andino National Park. 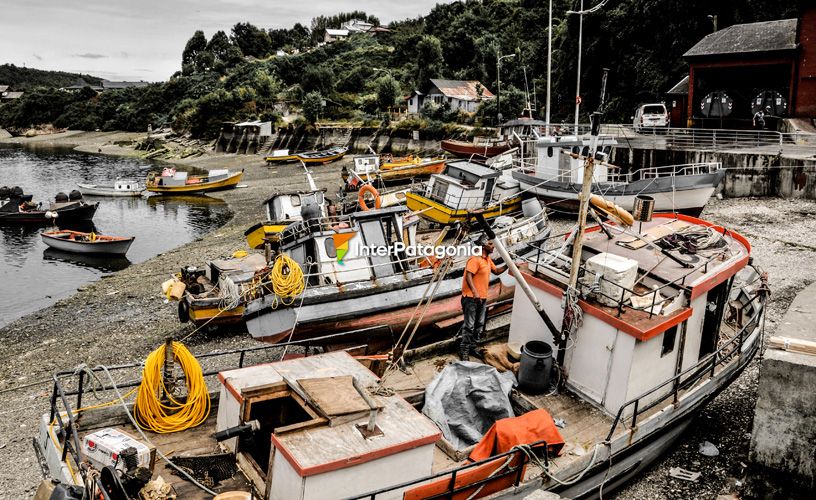 Show Me Your Pier
Puerto Montt is a city with a charm of its own. Visitors may walk along its waterfront or admire its streets, mounts, churches and museums. However, they will always end up at aromatic Angelmó.