Insular Patagonia emerges like a fantastic unexplored land. On a ferryboat, we sailed along the southern channels and fjords and passed off the mute witnesses to the last glaciation.

Our trip around Patagonia seemed to have come to an end. The continental beauty of the South disappeared and left me with the feeling that I had seen everything. We had visited the Perito Moreno Glacier in Argentina and then we moved onto Puerto Natales in order to behold the greatness of Torres del Paine.

I thought about returning along the same route that had taken me to those confines, but I discovered the possibility of heading North on board the Navimag ferryboat, a ship that has been carrying freight, vehicles and passengers since 1979. Thus, a new adventure through the Patagonian channels began.

I must admit that I was lucky enough to get the tickets, taking into account that reservations should be usually made several months in advance. On Thursday night, we got on board the Navimag. Our final destination: Puerto Montt.

After being welcomed by Cilda, the ferryboat coordinator, I left the backpacks at the double A cabin and got ready to tour the ship. The ferryboat has a length of 114 meters and a breadth of 19 meters. It has cozy 4-people cabins and more than 100 bunk beds equipped with bedclothes, ready to be used. Moreover, the vessel has large spaces to enjoy the voyage: lounges, a restaurant and panoramic decks. Forget about luxury, but the assistance on board and the facilities described are more than enough to have a good time.

That night, we slept on board. On Friday, at 5 a.m., the ship set sail from Puerto Natales drawing a soft wake on the Golfo Última Esperanza (Gulf of Last Hope), which did not take long to vanish.

It Seemed to Be Bursting into a Thousand Pieces

At the time for breakfast (7.30 a.m.), we were crossing the Señoret Channel. Through the window, we could see the abrupt fall of the scenery into the sea, which among evergreen forests and snow-capped mountains would join the salty water. We could not find the channels originated as a result of the backward movement of the large glaciers 12 thousand years ago, thus giving shape to the area. This part of the world has inspired writers such as Jules Verne, John Byron -the poets grandfather- and Francisco Coloane with its wild and indomitable physiognomy.

We soon sailed along the White and Collingwood passages, the two narrowest points in the voyage. In this part of the trip, we watched how the glaciers seemed to calve off the mountains lying on the first foothills of the Southern Ice Field. We began to border the Bernardo de O´Higgings National Park, which is made up by 3.5 million hectares, zigzagging real massifs of untouched land. The Andes Mountain Range seemed to burst into a thousand pieces. We were sailing across insular Patagonia and we could hardly believe our eyes!

Among Games and Laughter

We heard the invitation to lunch through the loudspeaker. All the meals on board the Navimag are included in the ticket price. The dishes served everyday are not taken from a Patagonian high cuisine menu, but they are delicious and rich in protein.

The important facts would always take place in the outside decks, from where the scenery kept changing every second. Forests of lengas, cypresses and shrubby cinnamon trees exposed to the action of the wind gave place to cold waterfalls that dropped spectaculary over the fjords.

The water, calm in these latitudes, would give us the feeling of being sailing on a lake. The night began to erase the horizon and the eternal cold temperatures of Patagonia forced me to go inside the Navimag.

Dinner ended up into a sort of bingo. Surrounded by a weird atmosphere, where different languages would get mixed among the laughter and the sound of the glasses into a toast, my first day on board the Navimag had ended.

In the Garden of Eden

A new day woke me up on Saturday morning. The rocking of the ship was hardly noticeable. That day, we visited the small district of Puerto Edén, located on Wellington Island, the only human settlement in the area. The last 7 descendants of the Alacalufes or Kawesqar Indians live there. The members of this tribe used to be sea nomads who lived on fishing and seal hunting. Just like with other native populations, the arrival of white men brought along progress, religion and diseases, especially the latter, before which these peoples were unprotected and without any antibodies to fight the virus and bacteria from the old world and finally disappeared. The truth is that the picturesque settlement has about 200 houses built on piles on the foothills and joined to one another by wooden footbridges.

We spent an hour touring the place. The island is quite humid and the mud is always present. The islanders did not take long to approach us and offer their handicrafts built with seal furs, leather and wicker. Thanks to the passing of the Navimag, they found a commercial aspect in tourism, as they live mainly on seafood gathering in the icy waters of the coast.

Back on the ferryboat, we went to the top deck, where we spent most of our time playing giant chess. The ship began to sail across the Inglesa passage, and it was there that we were advised to take a pill against sea sickness, as in the next few hours we would be in the middle of the Golfo de Penas (Gulf of Grief), where the ship is at the mercy of the winds from the Pacific Ocean.

In the middle of the passage, we found the C Leonidas vessel, which had gone aground. The story goes that this ship was carrying sugar and that its Italian captain sold it in Uruguay. After the transaction, he headed for these waters and, knowing that the channel was not deep, he run his ship aground and it broke into two parts. When asked by the authorities about his load, he claimed it had dissolved in the water. But at the moment of searching for the plastic bags in which the sugar was beeing carried, none of them turned up. After this episode, today turned into an anecdote, the Italian captain who wanted to keep the total value of the cargo for himself was sent to prison. The C. Leonidas is at present drawn in all navigation charts.

With great difficulty, we began to cross the gulf. The Ninulac and Moraleda channels sheltered us once more after 8 hours of constant movement. By then, Saturday had vanished into the following day.

The unknown scenery continued to accompany us both to port and startboard. At this point, the exotic sea fauna gave its first life signs, when a couple of Commersons dolphins escorted Navimag for a few minutes.

Mount Maca, 2,960 meters high, was the white and silent witness to our pass amidst the Patagonian fjords. Ahead, the Corcovado Gulf awaited with a new dose of constant movement. At this point, it is possible to watch humpback whales. We were not that lucky and are still craving for seeing them.

We began to border the Chiloé Island and we soon found ourselves on the waters of the Gulf of Ancud, the last geographical features before reaching Puerto Montt.

The sun set. The bright moon seemed to greet the sun, which was hiding weakly behind the horizon. Hundreds of constellations would reflect on the final waters of our voyage.

On Monday at daybreak, we left the Renolcaví Inlet and arrived in the ferryboat dock at Puerto Montt. Our adventure came to an end. We had crossed the channels that had been dwelled by the Yaganes, Onas, Chonos and Kawesqar. A sour flavor was still inside of me because I had to abandon these blessed southern waters, never heated by the sun.
Read complete Outing... Marcelo Sola / Marcelo Sola

Duration: 3 days and a half

Recommendations: The Navimag has various levels of cabins. You can choose the most convenient alternative: Cabin AA has 4 bunks with inside private bathroom and a view; Cabin B, has 4 bunks, inside bathroom and no view; Cabin C, shared cabin with 4 bunk, outside shared bathroom and a view and lastly, Cabin CC, is a shared cabin with 16 bunks, outside shared bathroom and a view. As the ship sails across low temperature latitudes, I recommend that you pack warm clothes, such as sweaters, jackets, gloves and hiking boots to wear during the disembarkment at Puerto Eden. Inside the vessel, the temperature is quite pleasant; therefore, I recommend that you wear sports clothes. The rate includes breakfast, lunch and dinner, all of them served with juice. Alcoholic drinks are served at the ships bar. To go on an excursion in Puerto Edén, extra charges must be paid. An aspect to bear in mind is that the ferryboat does not have elevators or other special services for the disabled. 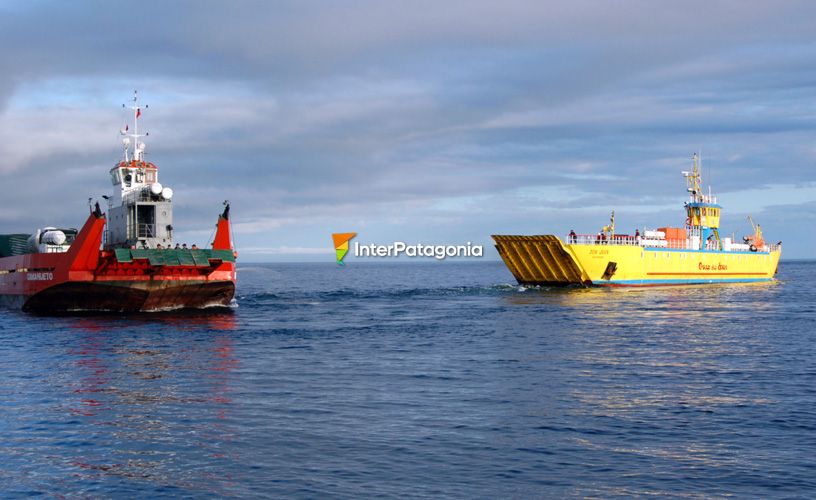