The sizes of nature differ and the hard life of fishermen who go out to sea is perceived from this isolated nook in Gulf Relancovi.

Getting to see what Tenglo Island had to offer while lying right off the City of Puerto Montt had always intrigued us. We wanted to know its lifestyles and secrets. Therefore, we resolved to go there in the flesh.

The crossing is carried out by boatmen who offer their services at a small berth located at the access to the market of Angelmó. Old wooden barges, many of them propelled by rowing, give a picturesque tone to this eight-minute voyage. Both islanders and tourists share these crafts.

Sitting in the boat, a few centimeters away from the water, we slowly grew apart from the shore and obtained a panoramic view of the port, the ocean drive and the classic palafitos (constructions built on stilts) housing restaurants. As we landed, we were welcomed by the wild vegetation and an old hotel and restaurant owned by the Hoffmann family, famous for having cooked delicious curantos de hoyo and now abandoned.

A short hike along the channel shore left us at La Puntilla, the beach made of volcanic sand where sunbathers indulge themselves. Sheltered from the wind, it offers a different perspective of the surroundings and also the confidence of being an isolated spot watched by a lifeguard.

Dwelled by fishermen who live in a precarious fashion, it features an inner port that protects the colorful barges. The name of one of them caught our eye: La Pincoya, which refers to a figure resembling a young beautiful woman that belongs to the mythology of southern Chile. It is said that while wearing an algae outfit, she presents delicate dancing to foresee good fishing. Traditional and religious festivals devoted to the Virgin of Lourdes are very popular among the locals.

We left La Puntilla to visit the southern coast, featuring well-marked geographical traits and huge rock walls that require some expertise and acrobatics to go on. We were delighted by the small waves hitting the crags and making foam. However, we stopped there even though we knew there were other hiking circuits waiting.


Then we went up to the huge cross that crowns the hill and is lit at night. It may be seen from anywhere in town. An effort that took twenty minutes led us through a steep trail and had its reward. Once at the top, we caught a unique glimpse of the Osorno, Puntiagudo and Calbuco Volcanoes on the horizon and the huge skyline made by the buildings lining the coast of Puerto Montt in the foreground. From the heights, the sound of the city sounded louder and became part of the magic.

As we returned, we felt the tour had comforted us as far as physical activity was concerned. And all this within rustic nature.
Read complete Outing... Mónica Pons / Eduardo Epifanio

Recommendations: Information about adventure hikes and popular festival dates is provided at the tourist office. This visit is done during the day. There are no services available and it is necessary to carry supplies if visitors are planning to spend part of the day at this spot. 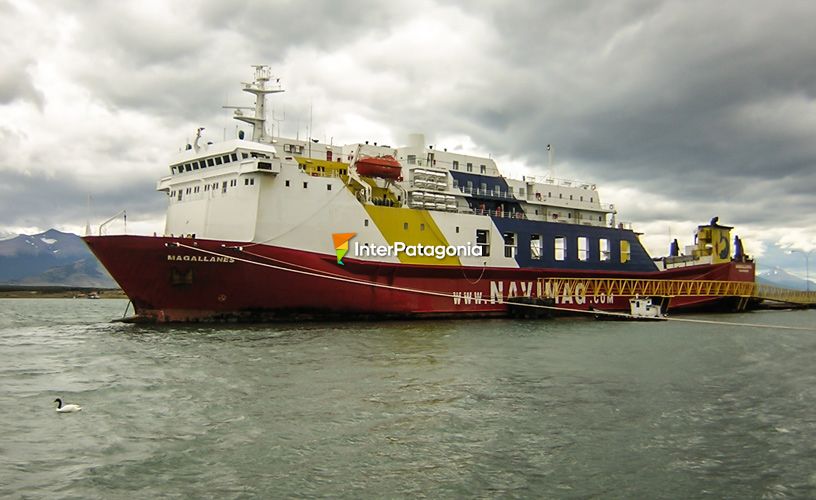 Against the Tide and the Winds
Insular Patagonia emerges like a fantastic unexplored land. On a ferryboat, we sailed along the southern channels and fjords and passed off the mute witnesses to the last glaciation.