A Tour Around the Town

A quiet town grew on the banks of the beautiful river after which it was named. We strolled about its streets and here are its most characteristic sights. 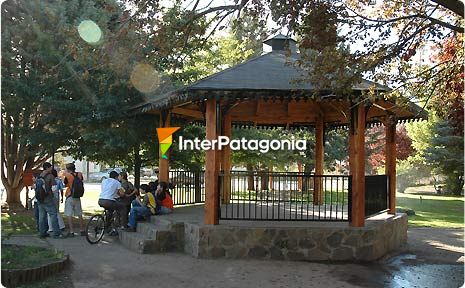 A quiet town grew on the banks of the beautiful river after which it was named. We strolled about its streets and here are its most characteristic sights.

The road runs alongside the river and winds up and down the mountain until it reaches the town. A silent hamlet makes contrast with the strength of these emerald green waters. Aluminé, a town named after a river, has the rhythm of the small mountain range districts. The bus terminal, the justice of peace building, the police department, the Town Council, the municipal radio, the community channel and the Town Hall with its coat of arms representing the richness of the region surround the main square.

Walking down Cristian Joubert Street towards Cuatro de Caballería Avenue, the María Auxiliadora Church is reached. This building displays a tower with a crucifix and a picturesque portico with flagstone details. 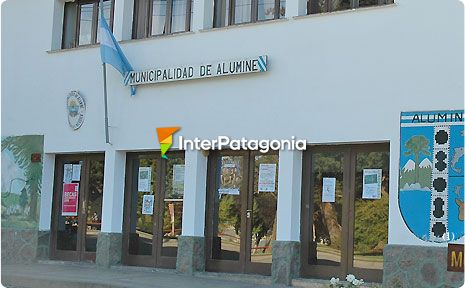 Casa de la Cultura, located on Olascoaga Street, is the place to see and buy typical local handicrafts, such as woven textiles, picture frames, clothes racks, leather key rings, clay pendants and kitchen tools carved in wood, to name a few items. There is a street market opposite this building, in the venue of the bus station, where local producers and craftsmen offer their produce.

Back on Joubert Street, another place to learn about the local culture is the Juan Benigar Popular Library, which fulfills a significant educational and social task. A short distance away stands the Andino homemade chocolate factory and, right opposite, lies a recreation space known as Las Piedritas Square. 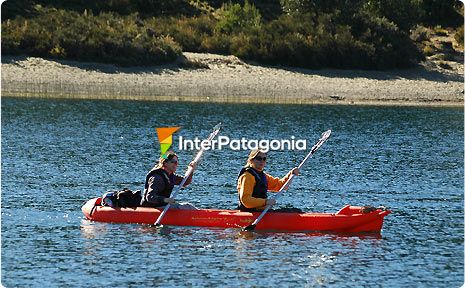 Getting away from the center, visitors may go up to Rahuecito, so-called due to its resemblance with the Rahue Slope -the road winding down the Catan lil mountain range- in order to get a nice panoramic view. And if they border the river from North to South, they can access the municipal bathing resort and a recreational campsite, on the opposite bank.

At this point, there are various vantage points with beautiful views of the river and the mountains.
One of them is Mount Tindiririca, which in the Mapuche tongue means “in order to reach the mount, one has to cross the water”. The other vantage point, situated 4 kilometers away from Aluminé Bridge, offers a beautiful postcard of the entire town. Beholding the landscape, one may understand the hard struggle of the first settlers against the harshness of the weather, the rootlessness and the solitude. Maybe that is the reason why both the criollos and the Mapuches are extremely concerned with preserving and spreading their customs, their values and their lifestyle. 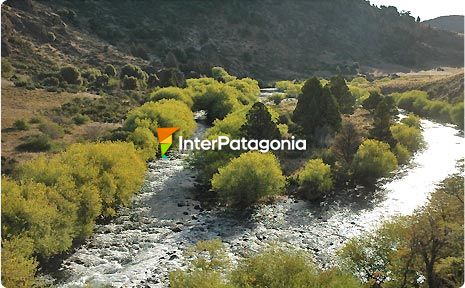 In the summer, the recreational campsite is an excellent place to enjoy the river.

Activities and Tours in Aluminé

Hotels and accommodations in Aluminé