An option that takes us down to new scenarios: a visit to El Calafate Regional Museum shows us the history of this city that will seduce us at every step.

In addition to offering a wide array of outdoor tours, the City of El Calafate presents cultural and historical options, such as a visit to its Regional Museum.

Two large carts caught our eye at the building façade. It was a sample of what was awaiting inside.

As we entered the old building where the Neighborhood Development Committee used to operate in the past, we felt a change in the atmosphere. We were taken away from the hustle and bustle of the city into a quiet environment smelling of wood and stories that seemed to have frozen in time.

The archeological material on display at the museum includes the classic boleadoras, arrow points and rocks carved by the first dwellers of El Calafate.

Likewise, we could observe fossils of various species which have been found in the area and represent local wildlife. In turn, a great deal of mounted birds standing on the glass cabinets appeared to be giving us an impressive look.

After walking around the museum and paying a close look at its many cultural treasures, we headed for the outdoor area to keep on learning.

It was there that we found tools formerly used in sheep-shearing tasks in the early twentieth century and were later modified with the passing of time.

One of the people in charge of taking care of the museum told us that the two carts we had seen before entering the venue would be used to transport what used to be known as "white gold", namely: wool.

The museum has access for disabled visitors and provides a Braille translation of all the necessary information for everyone to enjoy and learn the history and culture of El Calafate.

Even if the tour around the museum did not take long, as we left, we felt we had traveled hundreds of years back in time and came back to the present the moment we crossed the main gate on our way out. 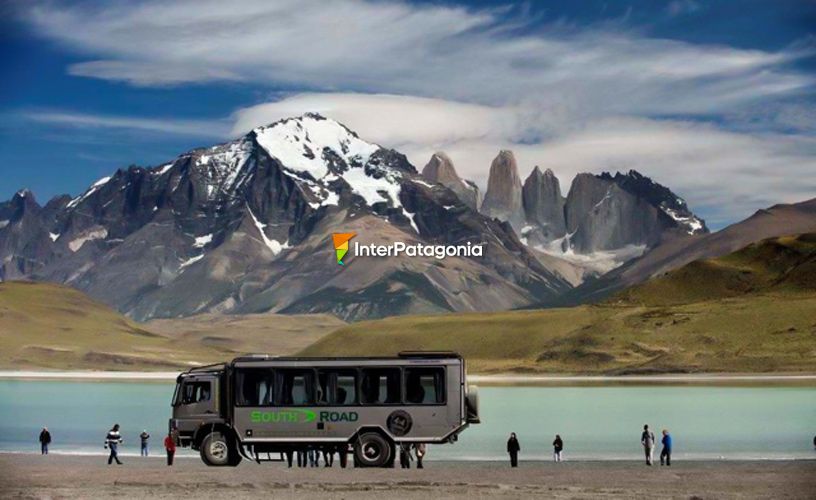 Full Day at Torres del Paine
Torres del Paine is a unique place from every point of view and the variety of activities that may be enjoyed in its surroundings becomes evident at first sight.