All about Dinosaurs at El Chocón’s Museum

This small museum offers excellent information about dinosaur findings in the Neuquén basin and scientifically studies these beings. 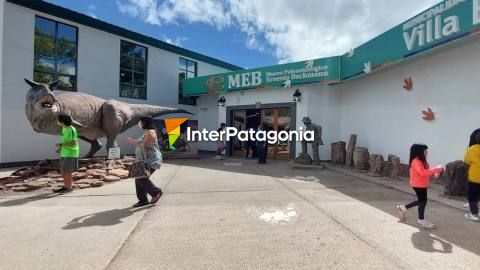 This is an amusing tour around the fantastic dinosaur world. It houses bone replicas, lifestyles and tools used by paleontologists.

Who can have a clear idea of how the dinosaurs lived, what their habitat was , how they communicated and bred and -what is most important- how did they disappear from the face of the earth?

Just there are written records about the history of mankind in the different Ages, museums in charge of studying dinosaurs show their pieces for scientific purposes and to spread information.

We visited Ernesto Bachmann Museum, where dinosaurs are shown as a pleasant, agile and amusing concept. Young guides revealed how the remains of these beings we knew just from films and stories were found.

Visitors included young couples with small children. They would make a stop during their journey towards the south, as they had promised their children they would learn more about the dinosaurs. 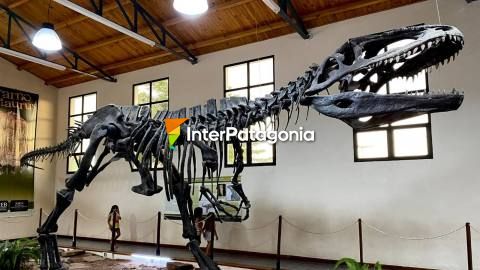 Room I is the most important in the entire museum, as the skeleton of the largest carnivorous dinosaur at the moment of its discovery lies there on a sandy ground. We are referring to Giganotosaurus carolinii (southern giant reptile), found a few kilometers away from Villa El Chocón.

Its name responds to its scientific identification and the name of its discoverer: Rubén Carolini, who was an employee at Hidronor S.A. He would usually accompany paleontologists in their field works. In 1993, he discovered the tibia of a dinosaur emerging from the ground and immediately gave notice of this fact. Specialists from Universidad Nacional del Comahue carried out the finding of 80% of the bones of this land animal.

Ever since that moment, a cycle of excavations, findings, lab works and spread began. Late in 1995, the museum was inaugurated with the aim of displaying the fossil material found in the area and the prospective findings. 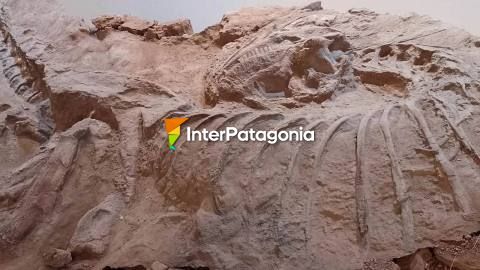 Room II shows two life-size dinosaur replicas. They were enormous. No living animal has such size. They are compared to a long-distance double-decker bus.

Their huge jaws look fearful and they give the idea of having moved with heavy strides. How far would they go? What did they eat? Were they aggressive? Were they smart?

As we were getting all these questions ready, our guide said: “The morphology of the area and the changes in the Andes Mountain Range let us know exactly how they lived around 100 million years ago, during the Late Cretaceous.”

The Neuquén Basin used to be an appropriate territory for these animals in the remote past. Other local museums exhibit the importance of this subject. They all work together and are open to visitors. They provide information both for laymen and scientists. 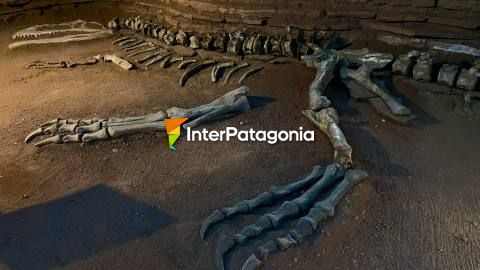 Paleoartists create dinosaur replicas featuring the most detailed traits with scientific rigor. This requires an important level of research and the exchange between the artists and specialists who provide the theoretical frame to art and creativity.

“Paleontologists for a day” is a program for children. It takes place outdoors on a sandy surface, where they work with a shovel and a brush. They are supposed to discover bones that have been previously hidden and to inform about their findings, just technicians do. They learn about this science as they play.

Rocío Butin, director of the museum, told us: “It is essential to study the site where the findings took place. Context is vital and information may be lost if the fossil is moved. In some areas, a sea bed was confirmed to co-exist with the findings of animals that would dwell on solid ground. In different geological eras, of course”.

The museum specialists answered all our questions. When it comes to carnivorous and herbivorous dinosaurs, El Chocón’s museum is the proper site to unveil mysteries and speculations. 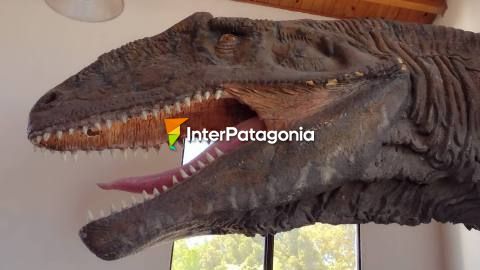 Timetables: Very ample, changes from summer to winter (make sure by phone).