We were astonished by giant machinery and thousands of kilowatts hovering over our heads. We could not help thinking about all this as we entered the hydroelectric power station. 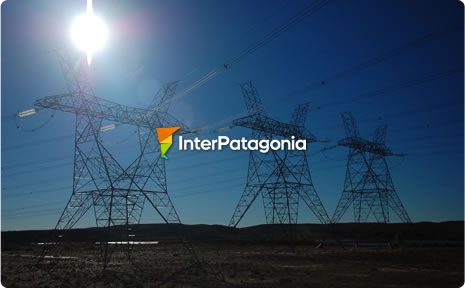 When the big urban settlements need energy to turn on the lights or to operate thousands of electric devices that give life to the city, the power station mechanisms are put into action.

We entered the hydroelectric power station with the aim of understanding how power is generated. The two ends were represented by the vast extension of cumulated water and the first high voltage lines that would lead the energy to its destinations.

A huge wall contains the millions of liters of water stored in the shape of an artificial lake. The classic local reddish sedimentary rocks support the construction on its ends. To one side, there lies the spillway. Those facilities were the starting point for our visit.

We accessed the venue wearing a security helmet. We had the impression that everything was neat and clean and that there were few workers in the surroundings.

From the inner balcony on the first floor, we appreciated the six engines that give life to the station. They were in silence, as the system did not require their operation at the moment. Each of them is a complex piece of machinery that works according to demands.

The engines looked like huge round 20-meter high drums made of reinforced aluminum so that their elasticity may resist the vibrations to which they are subject. 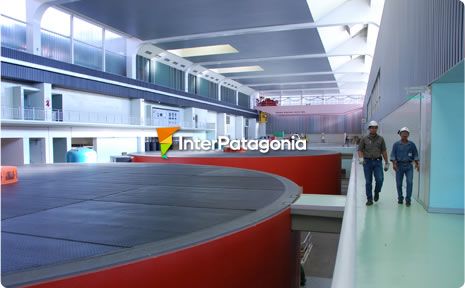 The main pieces of this enormous mechanism are handled by an electronic system and monitored by cutting-edge computers. At a glassed office, several dozens of screens feature colorful schemes indicating the maneuvers to be carried out in order to inform the technicians when they should start to generate power.

The constant monitoring makes it possible to activate alarms in case of danger, mistake or unforeseen change of events. Flaws are solved at that very spot.


The Sense of Words

Our guide said: “One simple way to understand how an engine works is to know that it is a hydraulic engine that takes advantage of the water that goes through it and produces a rotating movement. This is transferred by its axis and moves a generator that transforms mechanical energy into electric power”.

He provided technical and historical data as well as anecdotes about the construction of the facilities and the village. Villa El Chocón emerged as a result of this monumental engineering work applied to the production of electric power. It became a ghost town once the works were finished. 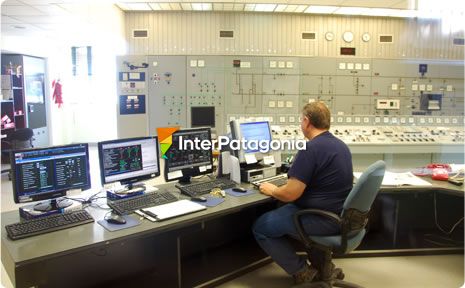 How do they work? An extra amount of energy is requested from a big city: Buenos Aires for instance. The cumulated water goes through a tunnel, the gates are opened and the whole mechanism is set into action. Nobody comes close. Everything is ordered by computer.

We saw some giant cranes running on some heavy rails. They were used to move the engines with flaws to the disassembling area where all faults would be repaired.

As we were leaving, we heard a siren and a very strong vibration. One of the engines had been started. A giant scale model completed the explanation of the process.

Once again in our car, we toured around the dam crest, whose center is made of clay, 86 meters above the river. Porous materials such as compact sand, slime and stone provide the strength and flexibility the construction needs.

After 2.5 kilometers we reached the first viewpoint, from where the spillway may be seen and the winding Limay River narrows down into its habitual environment. 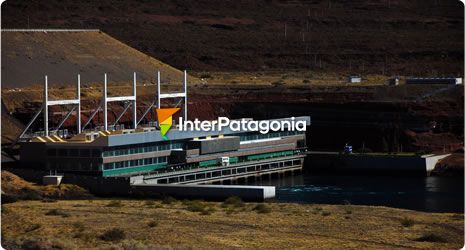 Maybe when we turn on our air-conditioning equipment we will remember our visit to this power station that helps make our summers more accessible.

The only way to access all the areas of the dam is to be escorted by a local authorized tourist guide.