We granted an added value to our vacations with the family when we visited the craft cheese factory and learned that simple technique that has its own secrets. 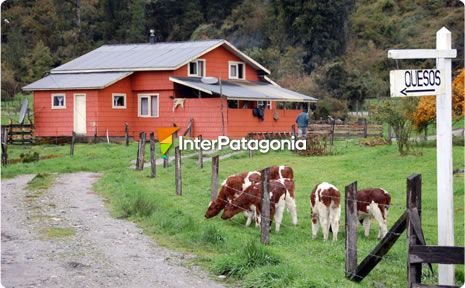 We took the chance to see the factory facilities and learn how dairy raw material is processed into tasty cheese.

While we tasted regional cheese, we learned we could visit a craft factory lying not too far from La Junta. We had heard that there is good milk production in the area as a result of the excellent pastures.

We followed the Southern Road heading North. After 15 kilometers, we found the factory sign on the road. As we entered, we saw some cows pasturing freely on the green field and we went straight to the production facilities. 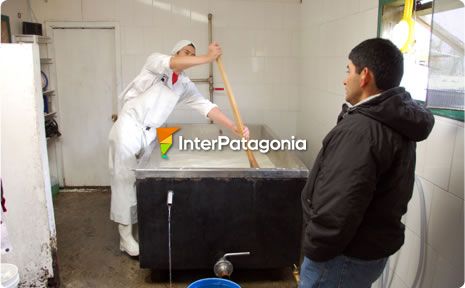 Christian Gallardo, its owner, welcomed and escorted us during our tour. We saw a large tub of stainless steel containing milk. About 600 liters were being pasteurized inside. This is the first production step.

That milk came from the venue’s own mechanic dairy farm. The process of pasteurization removes the positive and negative bacteria through abrupt changes in temperature generated by steam pressure.

The next step consists in adding rennet, which curdles the milk to manage coagulation. This mixture is curdled until a small and homogeneous grain is managed. Then the whey is removed and the grain is dried by adding hot water.

Later on, brine is added and a part of the mixture obtained is separated to produce chanco or semi soft cheese. Oregano or pepper is added to the rest of the mixture to make flavored cheese. 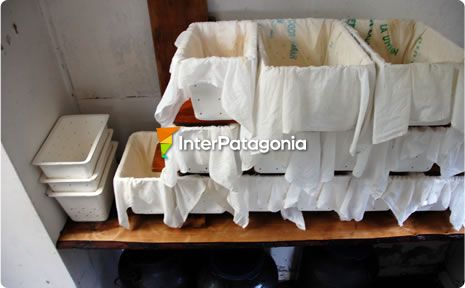 The mixture is placed inside molds previously covered with a piece of white cheesecloth and wooden lids are placed on top of the molds to act as a press small. Twenty four hours later, they will be ready to dry on the cellar racks: a dark ventilated dry place where they will be turned over once and again.

The entire process is parallel to the lactation period of these cows, which are fed with natural pastures. Forage turnips or cabbages kept in silos replace the pastures during the winter.

The process is very neat and it is somewhat surprising that all this is carried out by the family. It is an organization model and nothing is wasted. They whey is also consumed by the calves and heifers to complete their nourishment.

Whoever visits the factory will have the chance to learn about the process and also to buy various kinds of cheese of different sizes. They have been certified and are sold in the local and regional markets.

A good excuse to spend a cloudy day, with the interest to learn about something new and with the family. 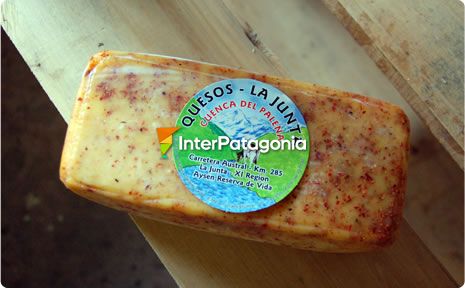 Ask about open hours as it changes according to season.
Open from August to May.