Discovering La Junta from a Viewpoint

We toured around La Junta from the heights, with our look, going uphill along series of well-marked low-difficulty trails surrounded by native vegetation. 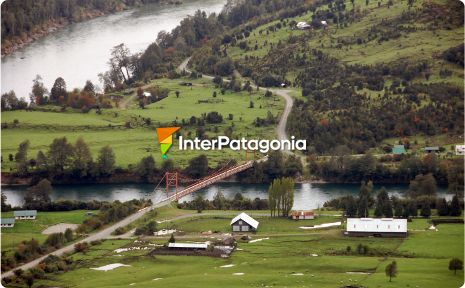 Several viewpoints provide a wide image of the urban layout in La Junta from the heights.

Many corners in the town of La Junta are discovered on foot, walking its nearby hills and, in some cases, going uphill.

On the Southern Road, we spotted a sign which indicated the start of a five-thousand-meter-long trail leading to several viewpoints. Just out of curiosity, we went up as we imagined we could have a broader view from the top.

The slope was mild but steady. At first, many dry leaves on the ground provided moisture to the path and we advanced among cañas coligüe and caña quila. We could hardly realize the vegetation was changing because we were very much into our chat. Chilco, myrtle tree and notro were some of the species that escorted us on our way up. The streets and the square began to be seen among the canopies.

We reached a clearing and took a deep breath to go on. From that point onwards we used a cane to make our hike lighter because the path became steeper.

The higher we got, the fresher the air. We felt it into our lungs and recognized its healing effect. Walking and breathing are two natural body functions but still we had to coordinate them efficiently in order to feel comfortable. 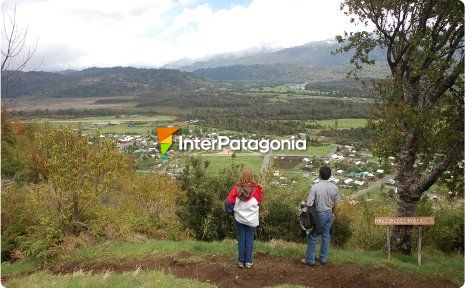 We got to a wood with very high plants that sheltered some ferns providing humidity to the area. Finally, what we had longed for: some benches to sit down!

From El Ciruelillo viewpoint we could appreciate the nearest part of town. We realized that more than a check-board it resembled a semicircle. Its main axis was the Southern Road.

Our sight reached the outskirts of town and the joint of the Palena and Rosselot Rivers. We could also make out the road to Raúl Marín Balmaceda. All we had learned from the maps was now before our very eyes.

We went along a very neat one-thousand-and-two-hundred-meter-long trail to behold a wide range of colors. Large spaces of green fields unfolded in the distance. The two rivers featured that very color, though the Palena appeared to be lighter. 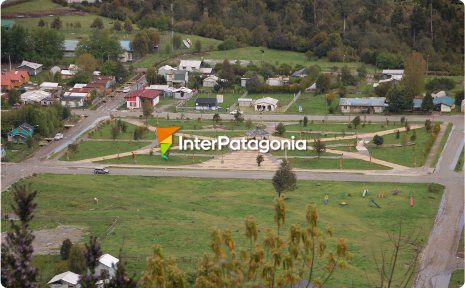 Some clouds were foretelling a storm was coming. Not only did they forecast bad weather but they also tinged the sky in different shades of grey which invited us to end our hiking tour soon.

Still sitting there, we heard a murmur coming from the town itself. It was logical to think that La Junta’s active community life would offer its voices to the air, especially in the daytime.

Our way down was faster due to the favorable slope and because a downpour was near. With the rain falling on our heads, we remembered that old saying we had heard around: “When the North is clear and the South is dark, downpour for sure…”. 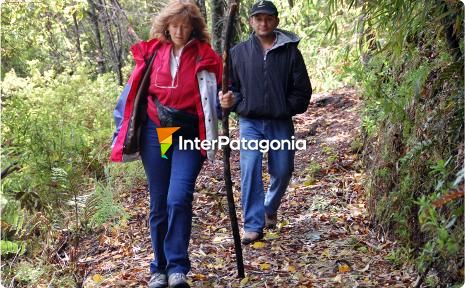 Day tour with toilets.
The trails may be covered independently as there are signposts.